My sweet old cat Sinny is not doing well. Diabetes and age have taken its toll on him. His day consists of naps and moving to new spots in the house to take another nap. When he does have the energy to go outside he likes to find a comfy spot in the garden and watch the bugs and birds bounce around. Sinny has been a hubby and my baby for 18 wonderful years. Everyday I make sure I get as many snuggles as I can with him. 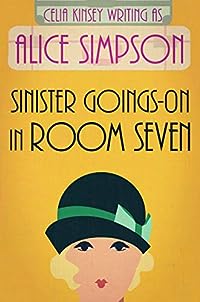 Jane investigates a series of mysterious disappearances from a small hotel, a stolen houseboat, a bunch of counterfeit paintings, and a jewelry salesman on the lam.

This charming historical cozy mystery series is set in the fictional American city of Greenville during the 1920s and features Jane Carter, a young widow who returns home to live with her father after the tragic death of her journalist husband.

Jane’s father owns a local newspaper and wants Jane to take it over someday, but Jane is adamant that she has no desire to be a reporter. Instead, she turns her talent for writing to concocting melodramatic romances for fly-by-night rags who almost never pay on time.

Jane claims that she’s holding out for a millionaire before she marries again, but the only man who makes her heart beat faster is Jack, a reporter on her father’s staff. Not only has Jane vowed she will never become a newspaperman herself, she’s doubly insistent on never again marrying one.

While trying to turn out enough column inches of overwrought romantic bilge to keep her old car on the road, and herself in shoes, Jane runs into the most extraordinary circumstances. In Jane’s madcap world, it’s a constant round of kidnappings, curses, stolen jewels, counterfeit paintings, and hidden stashes of gold. There’s plenty of crime to go around, but nary a murder.

Accompanying Jane on her adventures is her best friend, Florence. Jane and Flo may get into one perilous situation after another, but they are never damsels in distress, because, as Jane puts it, “A real lady always carries her own pocket knife.”

All this getting into harm’s way alarms her father’s housekeeper, Mrs. Timms. Mrs. Timms believes it’s her mission in life to turn motherless Jane into a proper lady, but seeing as Jane has just turned twenty-four, Mrs. Timms considerable efforts appear to have been in vain. However, the housekeeper won’t give up trying, just as Jane won’t give up on seeing Mrs. Timms and her father center-aisling it to the altar and saying, “I do.”

This series is adapted from Mildrid Wirt’s Penny Parker mysteries, which have fallen out of copyright. The author has made extensive alterations and additions to both the characters and plots of the original novels, but readers familiar with Ms. Wirt’s stories will notice many similarities.

These are murderless mysteries. Despite a constant crime wave, there seem to be no murders in the city of Greenville. There may be plenty of peril in the form of kidnappings, heists, and the occasional assault, but nobody ever dies, and justice is always served.

If you like light-hearted historical mysteries with quirky characters and a bit of zany humor, this may be the series for you! 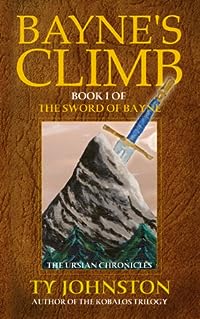 Bayne’s Climb: Book I of The Sword of Bayne (The Ursian Chronicles 1)
by Ty Johnston

Bayne kul Kanon pursues a dark wizard across a decade and eventually up a mountain path, and when the path runs out, up the side of the mountain itself.

Why does Bayne seek this wizard? Because Bayne is a warrior without a past. Ten years earlier he woke amid battle with no memories, his only ally the wizard. His enemies, numberless.

Once the wizard fled, Bayne set out on foot after him. Now they have come to the mountain, and Bayne is
determined to climb and to find the truth.

Along the way up the mountain, the warrior finds many new enemies, dangers and oddities. All hamper his quest to find the wizard, and all must be overcome.

Yet in the end, will Bayne truly want to know the truth? Is he able to handle the truth? And is there even a truth to be discovered? 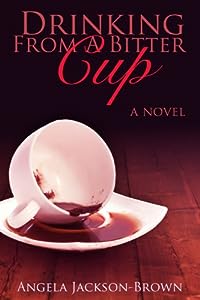 Drinking from a Bitter Cup
by Angela Jackson-Brown

“1978. The year I turned ten and the year my mama killed herself. She was thirty-five, and dying is the last thing that should have been on her mind.”

After the death of her mother, Sylvia Butler’s father, a man she knows only from an old photo, takes her from Louisville, Kentucky to Ozark, Alabama to live with his family. But his wife resents everything about this intruder, from her out-of-wedlock conception to her dark skin and nappy hair.

When the wife’s younger brother Charles returns from Vietnam, Sylvia thinks she has found a friend and confidante, only to be hurt again, but this time, in a manner she never could have imagined.

Set under the backdrop of the Deep South in the 70s and 80s, this coming of age story of redemption and grace follows Sylvia in her journey from awkward girl to confident young woman, at last standing on her own. 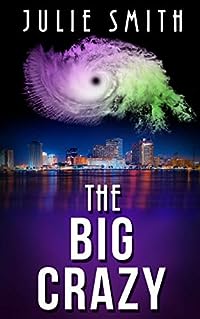 PHONES ARE OUT AND THE CITY’S UNDER WATER —
A FIELD DAY FOR CRIMINALS! AND LOTS OF THEM ARE COPS…

August 29, 2005 – Doomsday: New Orleans is eighty per cent under water — no electricity, no phones, no 911 service, no rules. Facing the complete breakdown of systems and normality, New Orleans homicide Detective Skip Langdon is on her own to interpret and execute the only direction she’s given: Get out there and keep the peace.

With communications down and all emergency services on search and rescue, all Skip can hope to accomplish is helping the person right in front of her. More than once that person turns out to be Billy, a gutsy 15-year-old from Treme who’s in greater danger of being swamped by his chaotic home life than the Cat 5 hurricane Skip shelters him from.

When she escorts him home and discovers the scene of a possible homicide, homicide detecting must take a back seat to maintaining order — if not peace. Outrageous rumors are swirling, stirring up unrest, but what really bothers her is the one about a police department order to use the chaos as a cover for “cleaning up” by rounding up criminals and assassinating them. Now that just can’t be true. Can it?

But after she hears it for the third time, Skip teams up with the only cop in the city she’s positive she can trust, her former partner, movie-star handsome, kickass, praline-sweet Adam Abasolo. They may not be able to fix everything, but, as the bodies pile up, they are damn sure going to hit back at the guys who’re giving their department a black eye.

On any regular weekday, New Orleans lives up to its billing as The Big Crazy. In post-Katrina New Orleans, where the dirty cops and lunatics are running the asylum, author Julie Smith also takes us inside the actual asylum, Charity Hospital emergency psych unit, an unexpected oasis of comfort in stark contrast to endless amounts of ever-present filthy water and hordes of half-drowned people.

Smith strikes just the right note, capturing the massive tragedy of the events and the inevitable comedy as the survivors struggle to make sense of the closest thing to hell squared that any of them has ever seen. 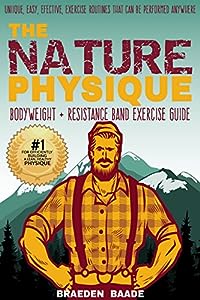 The Nature Physique: Bodyweight + Resistance Band Exercise Guide: (The #1 Guide on How to Look Great Without a Gym)
by Braeden Baade, Marcella Kotlarz

Are you sick of feeling depressed when looking in the mirror?

Thank you to all who have helped make this guide such a success!

If you want to build lean muscle, trim fat, improve strength, endurance, and overall appearance… and do it as fast as possible, without a gym membership and useless, expensive supplements, you’ll want to read this book.

Nutrition tips for omnivores, vegetarians, vegans, and gluten-free individuals.
Dynamic stretching instruction.
An explanation on how I developed The Nature Physique workout plan and why I stuck with it ever since.

Begin to see and feel changes within your body in less than a week! It’s honestly not as difficult of a task as the fitness industry tends to lead on.