Who Needs An Alarm Clock

Good morning! You know I have probably mentioned this before that I am not really a morning person, and I know I have mentioned the fact that I have a little bird in my backyard who is most definitely an early bird. So I am sure you know where this is going but this morning it started making the most annoying sound at 6 in the morning! It seriously sounded like an alarm clock only an alarm clock you couldn’t turn off! I thought about being that crazy lady that goes and yells at it to be quiet but my bed was too warm so I just tried with all my might to ignore it… it didn’t really work so now here I am hot cup of tea and glaring at the window. – The Apprentice

The Invisible Man
by H.G. Wells

From the founding father of science fiction H.G. Wells, a masterpiece about a man trapped in the terror of his own creation. 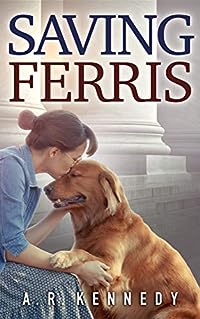 Saving Ferris
by A R Kennedy

When Cecilia Chandler kills a house intruder, she claims it was to save a life — but not her own. It was the life of her golden retriever, Ferris, a dog she’s only warming to after her husband’s death. If it had been up to her, they would never have gotten a pet.

Police Chief Holden Owens thinks Cecilia acted lawfully, but few agree. The law says that pets are property, and that one can’t use lethal force to protect property. Is his attraction to Cecilia clouding his judgment?

The prosecutor sees Cecilia’s case as his ticket to a better job. He has the law on his side, and a more personal reason to want to win as well.

Now, as the case draws to a close, Cecilia is finding she needs Ferris as much as he needs her. But will she be able to stay out of prison? 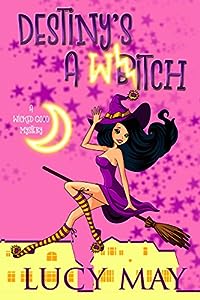 Destiny’s A Witch
by Lucy May

Nothing is ever as it seems, at least not in Charm Cove, Maine. Moira Wicked — yes, that’s actually her name — moves away in the hopes she can escape her fate, or destiny, or something along those lines. She yearns to lead a normal life.

A few years away teaches her one glaring lesson. It’s incredibly difficult to be normal when your first name means destiny, your last name is Wicked, and you actually do come from a family legendary for its witchy ways.

Trying to keep her powers under wraps in the real world is a tad tricky. A love spell gone sideways sets in motion her return to Charm Cove for a spell. As bad luck would have it, or fate if you’d rather, she’s home for one single day when a body turns up floating in the town fountain. The oh-so-charming Charm Cove is turned upside down. Meanwhile, tourists are crowding its picturesque streets, and magic is being bottled up and sold as health remedies.

Moira finds herself in the thick of the murder investigation, all the while trying to hold her nosy family and destiny at bay. Destiny comes in the form of Liam Good. A Wicked is fated to fall in love with a Good once every century. No pressure or anything. 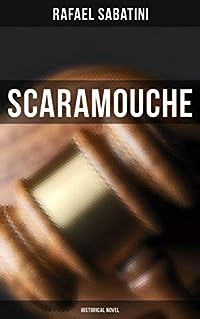 “Scaramouche” tells the story of a young lawyer during the French Revolution. In the course of his adventures he becomes an actor portraying “Scaramouche” (a roguish buffoon character in the commedia dell’arte). He also becomes a revolutionary, politician, and fencing-master, confounding his enemies with his powerful orations and swordsmanship. He is forced by circumstances to change sides several times. 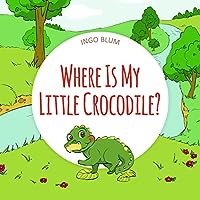 Where Is My Little Crocodile?
by Ingo Blum, Antonio Pahetti

“(… ) This delightful book would be great for all ages and that even adults would enjoy it as well.” Readers Favorite

This animal seek-and-find book is aimed at very young children. The search for a little crocodile named Charlie in different places is a delightful read-aloud. Can Charlie drive a car? Is he allowed to eat in restaurants? Is he dangerous? Where did he disappear?