Hannah Steenbock is a German author who fell in love with English long ago. She loves writing about dragons and weaves some underlying themes about society and fairness into her stories. The Cloud Lands Saga is a complete series set in a late-medieval fantasy world. There are more books available taking place in the same world, but centuries earlier. And more books are coming. And additional short story featuring two side-characters from the main series is available for free after sign-up to my newsletter. 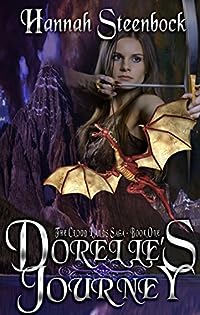 She carries a terrible warning. And delivering it might mean death.

When her dragon is threatened with death, Dorelle is forced to flee her homeland with Mashira. After a difficult battle and a dangerous flight, the team finds a new home and makes new friends. But when they discover a terrible threat to her Kingdom and her family, Dorelle’s loyalty wins out.

Will she and her dragon pay the ultimate price for warning her King?

This is the first book of The Cloud Lands Saga, which will eventually encompass four novellas. The story continues in “Kraken War”, the second book of the series. 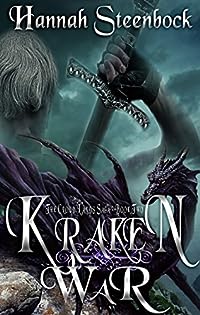 To rid the Western Kingdom of the aggressive beasts and to protect the fishermen, Dorelle and the Crown Prince Orlen are given five Dragon Wings and joint command for the task.

What they don’t know is that treachery is already brewing in one of the Wings.
The war starts poorly, decimating the Wings. When two of the five Wing Commanders vanish, the company is further weakened, dictating drastic measures.

As the fighting reaches a new level of intensity, will the dragons and their riders be able to overcome the dangers that surround them?

Be swept away to a foreign land full of adventure, love, treachery, and heart-wrenching loyalty.

“Kraken War” is the second book in the Cloud Lands Saga, an ongoing novella series. If you are new to the series, you should start with “Dorelle’s Journey” for full enjoyment. 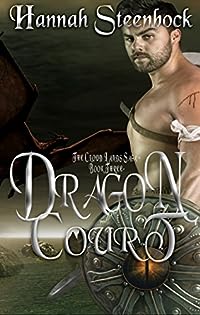 When the Dragon Court condemns Debesh and his dragon Vandranen to death, they and Dorelle disappear without a trace.

Prince Orlen is left behind to deal with the fall-out of the renewed defection of his beloved. Investigating potential treachery by the Dragon Master, he finds himself in much more danger than expected. A danger that soon includes his father, King Elsen himself.

Can the Prince save them both?

This is book three of The Cloud Lands Saga. It is best if you read “Dorelle’s Journey” and “Kraken War” before this one. 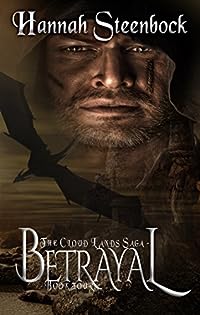 Dorelle and Debesh have fled to the Cloud Lands with their dragons. Unfortunately, they are unaware that Ferren has followed them on their island-hopping escape.

And Ferren is planning his revenge, slipping ever deeper into rage and delusion.

How far will the former Wing Commander go to kill Dorelle?

This is book 4 of The Cloud Lands Saga.
For best enjoyment, you should read the series in order:
“Dorelle’s Journey”
“Kraken War”
“Dragon Court”
“Betrayal”