Now that I have purged a bunch of stuff out of my house, I want to go shopping. That is messed up. I just got rid of a bunch of things that were cluttering up the house, and now I want to fill it again? The best thing I can do right now is have hubby hide my shoes, turn on the Hallmark Channel and roll me up tight in a cozy blanket. I do not care if it is hot out.. GET THAT BLANKET! 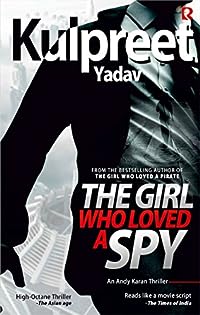 “Everyone is imperfect and everyone deserves to be loved.”

It all starts when Andy Karan is asked by Monica, his boss at the ‘New Delhi Today’ magazine, to investigate the murder of a lawyer. As Andy is sucked deeper, he discovers a shocking connection between organized crime and desperate businessmen. As a part of the secret organization called ‘The List,’ which does all the government’s dirty work, Andy has been working undercover for the Indian Intelligence Service ever since he left the army, a fact not known to Monica. Risking his life and wading through political twists, human redemption, and tangled conspiracies, Andy finds himself pitched against a dirty bomb in the hands of the enemy.

It’s not that Andy wants to live forever, but this is one case he can’t afford to lose. Not just for truth but, for the first time in his life, for love. 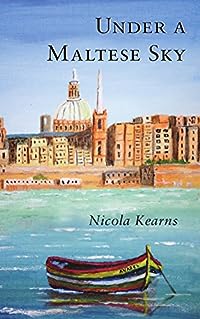 By Amazon’s Best Selling Author.
Being caught up in war is not what Ana Mellor expects when she lands in Malta to join her Wing-Commander father. In the midst of horror and destruction, the courage and resilience of the Maltese people is revealed as they struggle to survive. Ana falls in love but treachery intervenes with catastrophic consequences.

Meanwhile, disillusioned with Ireland’s fight for political independence, Ernie McGuill leaves home to join the British Army. Due to the outbreak of war he trains as a fighter pilot and is posted to Malta.It is against this background that the characters of Ana, Ernie and many others are interwoven in a story of betrayal and intrigue. This is not unravelled until generations later when two women make a journey to Malta – a journey that is to have astonishing consequences. 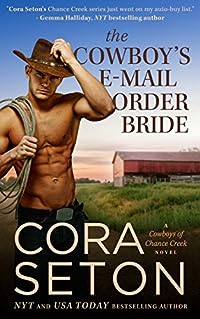 Ethan Cruz should be mending fences on his Montana ranch, but instead he’s driving to the Chance Creek, Montana, airport – to pick up the bride he didn’t know he had. This latest salvo in his ongoing practical joke battle with his best friend, Rob Matheson, has gone too far, and Ethan plans to send his “bride” right back home, then get busy plotting his revenge. One look at Autumn Leeds changes his mind, however. Perhaps he needs a bride, after all. A breathtakingly beautiful city bride.

Autumn Leeds needs a story – fast – or she’s going to lose her lucrative contract with CityPretty Magazine, so when she sees the crazy video plea for a modern mail-order bride for a cowboy, it sounds like the story of the century. Making a video of her own, she casts herself as the perfect mail-order bride for a rancher, but when she finally reaches Montana, she’s surprised to find Ethan’s the perfect cowboy husband-to-be. Against her better judgment, her plan to keep her handsome groom at arm’s length disintegrates into a night of passion spent in his arms.

Ethan knows he can’t keep playing this game – he has to come clean with Autumn and tell her the truth; about the practical joke and about the state of his ranch. He’s about to lose it all because of the debts his mother racked up before his parents’ deaths. Now his sister, Claire, wants to sell the ranch and collect what little money they can. He’ll be out of a home and a job, and in no shape to support the bride he desperately wants to marry, after all.

Autumn’s in bigger trouble than ever. Not only has she fallen in love with the subject of her expose – she might be carrying his child. If she doesn’t write this article and secure her contract for another year, she’ll lose everything – her career, her apartment, and more importantly, her family’s approval. The only alternative is to stay and marry Ethan. But how can she trust a man she’s just met when she knows too well that men always let you down? 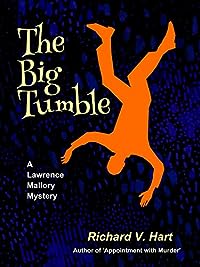 On the first working day of 1950, private investigator and former lawyer Lawrence Mallory is sipping his afternoon martini and hoping the new decade will be an improvement over the one just ended. But if his first case of the fifties is any indication, it’s going to be a long ten years.
An overweight low-life who’d once stiffed him on legal fees interrupts Mallory’s gin and vermouth and offers him money to hold a large envelope for a day or two. He won’t say what’s in it or why he wants it held — only that it must be sealed when he gets it back or there will be no payment. Mallory wisely refuses and sends him on his way, but that night a punk kid breaks into his house looking for the same envelope.
Mallory gets the kid to talk, and it turns out he’s working for a loan company operator named Brent Granger who does loan-sharking on the side. The next day, Mallory goes to see Granger who tells him he is being blackmailed over the contents of the envelope. He also won’t say what it is, so Mallory refuses his request to hire him.
That night, a well-aimed punch to the jaw knocks Mallory out cold. When he wakes up, he finds himself back in Granger’s office with double vision and two dead men on the floor, both of whom are Granger. Mallory’s .38 is there too, and it’s the murder weapon.
As Mallory pursues the investigation, he is aided by his wife, Kate, who’d been his secretary when he was a lawyer. There’s plenty of kidding and wisecracking back and forth between them, but she’s a smart and competent partner (albeit one with a temper). Their teenage daughter, Susanna, whose career goal is to be the first female homicide detective on the Central City Police Force, is not about to be left out either.
This family of detectives must solve Granger’s murder before an overzealous police lieutenant has Mallory behind bars and on trial for his life. As for the mysterious envelope, when it finally materializes, what’s inside turns out to be more sinister and explosive than anything anyone might have imagined. 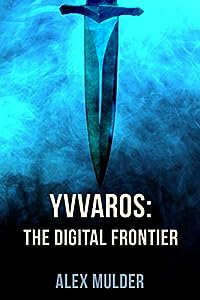 Now the fate of an entire world rests on his shoulders.

MMORPGs had stopped being a part of Luke’s life years ago. That is, until he tried Yvvaros, an online sandbox role playing game only accessible through the latest in virtual reality technology. The game sucked him in almost instantly. Luke discovered a world with new stakes, rewards, and philosophical complexities deeper than anything he could have expected.

The human experience exists on a spectrum. One person’s reality may be fantasy or even hallucination to someone else. One person’s sense of what’s important is even more subjective. As Luke quickly learned, it was hard to justify living in a world of rejection over a world of adventure, excitement, and connection. He began a new life in Yvvaros, just as vivid and maybe even more compelling than his existence in the outside world.

Earth has already been explored, and the next frontier is closer to home than anyone could have imagined.