You Don’t Want Me To Sing

They say it is very important to talk, read, and sing to your kids, starting from birth. Talk to them, listen to what they say. It helps in brain development and self esteem. Talk, sing, play. My baby bassets are now 12 and 13. I have talked, read, and sung to them all their lives. They know I value them and they are fun, smart, loving children. I have one question though. So how much do I have to listen to them talk about Minecraft? Is ten minutes a week good enough? Ten minutes is just about all I can handle. After ten minutes my body’s flight or fight response starts to kick in. One tactic that I have started to use, is when the Minecraft conversation starts getting too long, I mention that I want to watch Frozen 2. I love that movie. I could watch it again and again. Let’s be clear though. I can watch it an “Adult Again and Again” which is maybe once every few months. I am not talking about a “Kid Again and Again” which is fifty times in one week. No, just no. I know threatening Frozen 2 on my baby bassets might sound cruel, but if I have to hear another long drawn out explanation of how they built their house, or the value of diamonds or rubies, and something about a pickaxe. Nope.. NOPE NOPE NOPE. 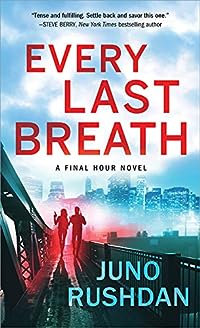 The Clock Is Ticking:

Maddox Kinkade is an expert at managing the impossible. Tasked with neutralizing a lethal bioweapon, she turns to the one person capable of helping her stop the threat in time: the love of her life, back from the dead and mad as hell at her supposed betrayal. Recruiting Cole to save millions of lives may be harder than resisting the attraction still burning between them, but Maddox will do whatever it takes, down to her final breath… even if it destroys her.

When Maddox crashes back into Cole Matthews’s life, he wants to fight back. He wants to hate her. But the crisis is too strong to ignore, and soon the two former lovers find themselves working side-by-side in a breakneck race to stop a world-class killer with a secret that could end everything. 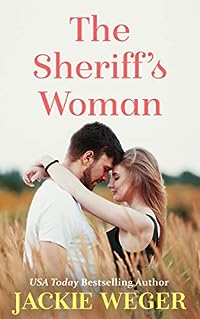 The Sheriff’s Woman
by Jackie Weger

He had his eye on her for years. But she was married. Now she’s not. He’s all in.

Rachel Cameron prefers to lick her wounds and protect her children from gossip and shame in isolation on a small homestead in the Ozark Mountains. But life-long bachelor and ex-Marine Sheriff Garrett Stark has other ideas.

Drawn to Rachel, Garrett wields all the power and charm he can muster to insist she return to town for her safety and that of her children. Exasperation and anger rule on both sides. Rachel balks, but does not anticipate the raft of dizzying emotions stirred by the Garrett’s relentless attention.

The moment Garrett takes her into his arms, Rachel knows she must make a choice: honor the truth and face her fears or live forever as an outsider. 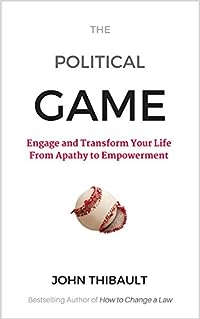 In this book Thibault introduces us to the political “5-3-5 Framework” and the V3SM “V3 Story Model.” No, this is not about cars but it will definitely ignite your engine and get you moving in the right direction.

The Political Game will take what used to be very complex, supercharge your policy engine and within 15 minutes if you can’t nail an issue and get on course, then you really don’t have an issue to worry about.

When you succeed at policy, the benefits can be tremendous. Are you game?

If so, let’s go on this journey together, and I guarantee you that if you read the material and do the exercises, at the end of seven days, your mindset will be transformed.

You will move from apathy to engagement, from ignorance and frustration to inside knowledge and empowerment.

A Reckoning In Goldenburg
by Ron Washburn

When Mason Sampson decided to try to make a living in a gold rush town in the New Mexico Territory in 1888, he never expected to fall in love with the sweet southern belle he met there. He also never expected to come face to face with the man who had murdered his parents. He would have to face the most important decision of his life. Vengeance or forgiveness? There was certain to be a reckoning in Goldenburg. 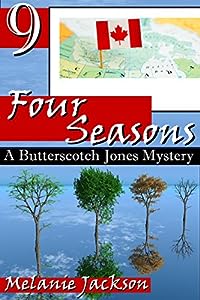 “Four Seasons” is the ninth installment in the Butterscotch Jones Cozy Mystery Series.

Leon Rausch of the CIA was not thrilled to be stranded in the Canadian wilderness. While worried about the attempted assassination that brought down his plane not far from McIntyre’s Gulch, he has no idea that other dangers are lurking in the woods around him.

With the Mountie snowbound in Winnipeg, it is left to Butterscotch and her neighbors to mount a rescue mission into the territory of The Others and get the passengers and crew out alive. Burdened with injured and hounded by the weather, they are forced to take refuge in an abandoned lodge which was closed up fifty years ago after a string of grisly murders. They may be safe from the weather inside the Hillview, but the old threat is still waiting nearby and ready to strike again.

Meanwhile back in McIntyre’s Gulch the community must band together to deal with the Beast while both pirates and spirits in the woods prove troublesome. 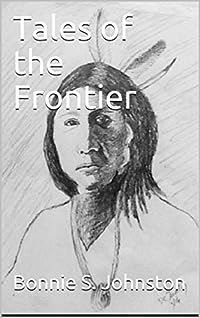 Tales of the Frontier
by Bonnie S. Johnston

Tales of the Frontier is a collection of three stories about the frontier of Virginia during the French and Indian War. The War Chief Killbuck provides a common thread linking these stories about those with whom he came in contact. Included is the story of Mary Mallow, an Indian captive and The Irishman, a who unwittingly crosses paths with a raiding party. The third story relates the story of the War Chief and his place in American history.