Romance Is In The Air

This collection by USA Today Bestselling Author Melissa McClone is just what readers are looking for to warm up those beautiful warm evenings. Enjoy! 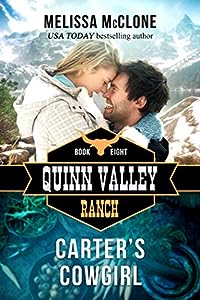 Carter Quinn has one goal — to make his organic farm a success. Working the land leaves no time for romance, but that’s okay with him. He’ll do whatever is necessary to take Quinn Organics to the next level, including hiring a consultant.

Avery Scott loves helping her consulting clients succeed while proving she’s more than a pretty face. Being disappointed and hurt one too many times keeps her from getting close to others, but Carter’s work ethic and kindness tempt her to lower her guard.

As the two work together, Avery’s commitment to helping make Carter’s dreams come true touches his heart. She fits perfectly on his farm, and he can picture them as a couple, even though her job will take Avery away from him. He wants to show her what they could have together, but is she willing to take a chance on him… and love? 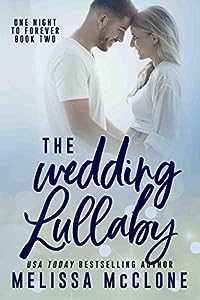 An impromptu wedding — one night of escape.

That’s all Laurel Worthington’s joke marriage to Brett Matthews was ever supposed to be. But somewhere between the tacky Reno ceremony and annulment day, the troubled socialite surrendered to the romance of a honeymoon night and her wealthy husband’s undeniable charm. When Laurel finds out her faux wedding has produced a very real result, she reaches out to Brett for help. But what can she expect from a virtual stranger — even if he is the father of her unborn child?

After Brett discovers Laurel is pregnant, he sets his mind on marrying her. He’s determined to be the kind of father he never had. But this time around, Laurel will only settle for a love match. Despite their overwhelming chemistry, Brett isn’t convinced he can give her what she needs. Is he capable of stepping up and being the kind of husband and father his new family deserves? 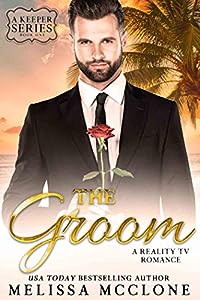 The Groom: A Reality TV Romance (A Keeper Series Book 1)
by Melissa McClone

What would you do for a million dollars?

The only thing more awkward than falling in love on national television, is having your heart broken in front of millions of viewers.

When Millie Kincaid signed up for the popular dating show, The Groom, falling in love was always a possibility. What she didn’t count on was Jace proposing to someone else on the season finale. Hurt and humiliated, Millie returned home to her teaching job, ready to escape the glare of life in the spotlight. Too bad Hollywood had other ideas. This time she would be globe-trotting, competing for money, not love. Money that her school desperately needed. How could she refuse?

Former star of The Groom, Jace Westfall went from fan favorite to villain overnight. Hurting the sweet and shy Millie cost him everything… his reputation, his endorsements and his heart. It was the last thing Jace wanted to do, but he had his reasons. Now on the verge of financial ruin, and with his family relying on him, Jace finds himself left with no choice but to do another reality show. What’s the worst that could happen?

Millie and Jace must compete together. Neither wants to be teammates, but both need the money. As they race from country to country, trying to put the past behind them, two things become clear. They have a real shot at the million dollar prize… and a second chance at love. But only if Millie and Jace can overcome the biggest obstacle that stands in their way — each other.

* This is a revised, expanded version of a book previously published as Win, Lose… or Wed!

These men know what they want, and love isn’t on their list. But what happens when each meets a keeper?

When it comes to love, all bets are off…

Failure has never been an option for self-made billionaire Blaise Mortenson. So when his friends suggest a wager to see who will be the last bachelor among them, he takes the bet. He has no doubt he’ll win — especially after he hires Hadley Lowell to find perfect matches for his friends. Now all Blaise has to do is ignore his growing attraction to the gorgeous, demanding matchmaker.

Hadley runs her business like a clandestine military op, precisely controlling every feasible outcome. But falling for a client? That was a possibility she never saw coming. Blaise’s drive, determination, and the softer side he tries to hide from the world appeals to her on a gut-deep level — but while her matchmaking success rate is unbeatable, finding love for herself has been nearly impossible. There’s no way her happily ever after could come in the form of a tech billionaire who isn’t even looking for love… is there?

What should have been a simple business transaction quickly turns into something way more complicated, and Blaise starts to wonder if he’s in danger of losing more than just the bet when all is said and done…