I worked all day yesterday on the front yard, shoveling fill dirt out of the back of hubby’s truck as well as removing the maple. I would like to show you a picture of a huge amount of work that has been done. Another big transformation in my front yard project, but sadly the only difference is a tiny pile of dirt off to the side.  That tiny pile of dirt was murder to shovel and I feel like I deserve to have it look bigger than it does. Hubby took a break from work and came outside to look at the progress. I almost smacked him in across the head when he said that it looks like we will need two or three more yards. The only thing stopping me was my inability to actually move any part of my body. I don’t feel like this is the biggest project I have ever done, but my body is saying otherwise, and I am having some serious doubts about just how much I can do. I am going to finish my coffee, eat a bit a breakfast, then go back out and get another truck load of dirt. What happens with that dirt has yet to be determined. 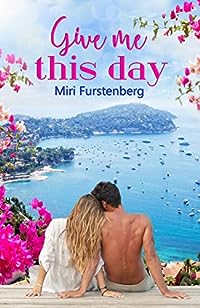 Give Me This Day: An Island Holiday Romance
by Miri Furstenberg

Her desire for love had been completely extinguished…
until she met him.

But would their enormous age difference lead them to break up?

A chance encounter on the island of Cyprus turns Miri’s life upside down.

A day of sightseeing in a small rental car is all it takes to reignite her lust for life and love, taking her by surprise.

But nothing is ever simple; Yanni, the man with whom she’s falling in love, is twenty-five years younger. Their long weekend of laughter, tears, love and confessions, has more twists and turns that the mountain road where Miri first runs her fingers through Yanni’s dark curls.

Trying to suppress the bittersweet realization that the age difference might make their relationship almost impossible, they focus on each glorious moment.

Miri Furstenberg’s open and honest account of the affair takes the reader on a journey through Cyprus; the villages, mountains and beaches of the sun-drenched island where the legend of Aphrodite was born. But can she bring herself to sacrifice this new-found love and board the plane home? 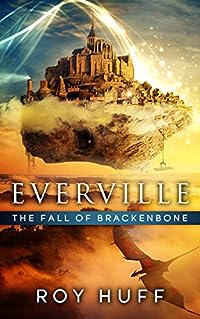 Everville: The Fall of Brackenbone
by Roy Huff

Two very different worlds, Easton Falls University and the magical realm of Everville are in dire need of a hero. Owen Sage embarks on an epic journey of monumental proportions to save these worlds all while fighting to keep the world within himself intact. This quest is not for the faint of heart nor is it for the weak of mind — only the bravest will succeed. Discovering the well-kept secret of The Fourth Pillar of Truth is only part of the feat. Owen will have to outwit the ever-powerful villain Governor Jahal and overcome countless other challenges along the way. Amongst all of the dragons, giants and grand chaos, will Owen’s acquired skills and wisdom be enough to save both worlds or will peril be the ultimate fate of all? 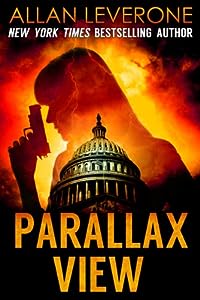 EVEN THE CIA DIDN’T FORESEE
SOMEONE CRASHING HER PLANE…

She has only one job and it’s easy. The hard part was the handoff, and that’s done. Agent Tracie Tanner is safely back in CIA hands, on her way to take a crucial — and very secret– letter to the president.

But even the CIA didn’t foresee someone crashing a plane to stop her.

With about thirty seconds to spare before she’s burned alive, a good Samaritan pulls her from the wreckage. Thus begins Allan Leverone’s first pulse-pounding entry in his Tracie Tanner spy series, part action-adventure, part espionage thriller, and always a page-turner– but with heart and even a touch of romance.

Tracie’s savior’s a little surprised when she pulls a gun and decrees that she’s not going to any damn hospital, but he’s nothing if not flexible — being an air traffic controller, he’s nearly as cool a customer as she is. He just shrugs, takes her home, and cleans her wounds, little realizing they’re both about to wake up to a fight for their lives.

Forced to go on the run, having no idea who to trust, all Tracie knows is she has to somehow get to the president while staying ahead of an ever-mounting body count and keeping a civilian alive. Readers will love this seen-it-all female spy protagonist, as tough as she’s tiny, as savvy as she’s beautiful, and as quick-thinking as her predecessors– all the Bonds and Bournes spy fans love.

The series will be a particular favorite with fans of TV spy shows from Alias and Nikita to the classic 60s show, The Avengers, and the very contemporary Quantico, Homeland, and the Bourne series. If you can remember Diana Rigg as Emma Peel, or thrilled to Jennifer Garner as Sydney Bristow, you’ll love Tracie. If you’re a fan of Mitch Rapp, brought to life by the late Vince Flynn, or of the Brad Thor patriot Scot Harvath, she’ll be your new hero. We’re pretty sure Ian Fleming and Robert Ludlum would have been fans, too.

Let’s save the world!
People once lived in caves, eating the fruits and vegetables they picked.

The world, which was a happy place in the age of caves, turned sad and angry.

It became polluted and felt like it was burning and suffocating.

And then, a new virus appeared, forcing us all to act differently.

The virus has changed our world, affecting every aspect of our lives.

We as parents have an important role to play under these new conditions: To give our beloved children the right tools to comprehend and learn how to act properly in this changing world. It is crucial to help our kids reduce the stress and anxiety caused by upheaval in our lives.

Through this book, children will realize the importance of protecting the environment and appreciate the values of sustainability and minimalism. This could be an important lesson in modesty and the choice between right and wrong. 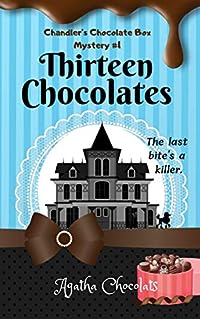 Thirteen chocolates. Thirteen heirs. One stab at a decadent fortune.
Legendary chocolatier, Ulysses Chandler has died, leaving his historic Smoky mountain mansion and world-famous chocolate factory behind. Single mom, Anna Clementine, has left her minimum-wage waitress job to collect an inheritance from a man she never met.
The catch? There are twelve other heirs, with twelve outrageous personalities… and one of them doesn’t like to share.

Readers are invited to play along with this classic whodunit, where one by one, chapter by chapter, suspects and chocolates disappear.
Until, then there is one.
And it’s the killer.