Another thing I was so happy about this past weekend was the plant that hubby and I have been arguing about has finally bloomed. For the past month or so hubby kept saying that plant is just a weed and I need to pull it out. “IT’S UGLY” he would say over and over. I argued that it was a poppy and not a weed, and to just wait until it blooms. This weekend it did not disappoint. That four foot, ugly as heck plant, finally bloomed. The only word to describe it is EXQUISITE! HOLY MOLY! It is beautiful. I love the color, the wrinkle of the petals that make it look like paper, and the yellow center is just divine. You will notice in the pictures though that I never show you the entire plant. It is darn ugly. It’s four feet tall and very spiky leaves. Not my favorite, and I planted it in a terrible spot. I certainly won’t grow it in the same spot next year. Maybe in a pot I can leave in the side yard until it blooms.

In this medical thriller, Paramedic Jim Stockbridge responds to an EMS call in the ghetto and finds his best friend brutally stabbed and shot. Consumed with rage he hunts down Sid Drake’s killers and renders his own form of justice. But he soon finds himself lost, tangling with his own demons, and a vicious street gang and its ruthless warlord, William “J-Rock” Jackson.

So begins a long, dark journey that pushes Jim deep into his own personal world of bitterness and revenge, and ultimately to the brink of disaster. Haunting nightmares ensue. Endless nights. A brutal biker gang tries to have him killed and an angry detective wants him behind bars. His girlfriend leaves him, J-Rock is out for blood, and suddenly his entire world seems to be falling apart.

Jim Stockbridge becomes a man truly tested by fire. He set out to seek revenge, but found something totally unexpected–forgiveness. 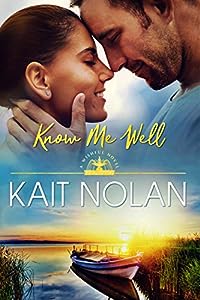 Welcome back to Wishful, Mississippi, full of eccentric characters and southern charm, where author Kait Nolan delivers another heart-warming story of a strong, successful woman and the equally strong man who learns how to be her partner.

Liam Montgomery is the last person who’d call himself a hero, but he does have a tendency to try to save the world. Now that he’s left the Marine Corps and returned to Wishful, he feels out of place and unsure of what comes next. He does know one thing: The girl who used to look up to him like a brother is all grown up. No way he can see her as a little sister now. And she won’t give him the time of day.

Queen of Doing All The Things

Riley Gower isn’t holding out for a hero. In fact, a knight in shining armor is the last thing she wants. She’s been watching her mother chase that fairy tale for most of her life, with Riley the one left to pick up the pieces of unhappily ever after. Running Wishful’s downtown pharmacy is a dream Riley’s worked toward for years. Now that the business is finally hers, the realities of the current economy have made it seem like the dream is slipping through her fingers. So when her mother calls, expecting yet another rescue, Riley feels like she’s spread thinner than the last pat of butter at Sunday dinner.

The impossible mission he can’t resist

It’s hard enough for a woman like Riley to admit she could use a hand, but mix in the embarrassment of a childhood crush and the devastating attraction sizzling between them? No way. Liam is determined to help, but taking down insurgents is less complicated than infiltrating Riley’s defenses. This will require reinforcements. And a plan. 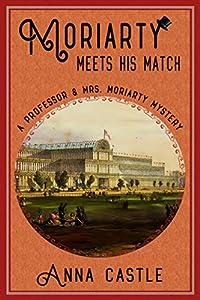 Professor James Moriarty has one desire left in his shattered life… revenge.

All he wants is to shame the man who ruined him and stop the brute from harming anyone else. Then he meets amber-eyed Angelina Gould and his world turns upside down.

An exploding steam engine kills a man at the International Exhibition. While Moriarty examines the wreckage, Sherlock Holmes appears, sent to investigate by Moriarty’s enemy. Holmes finds evidence that points at Moriarty, who realizes he must either solve the crime or swing it for it himself. He soon uncovers evidence of fraud and an unscrupulous company promoter. As he pursues those leads, he bumps into the alluring Angelina at every turn. She’s playing some game, but what’s her goal? And whose side is she on?

Between them, Holmes and Angelina push Moriarty to his limits — and beyond. He’ll have to lose himself to save his life and win the woman he loves. 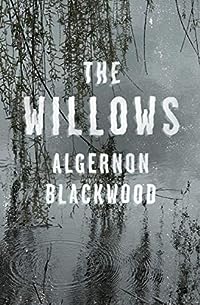 The Willows
by Algernon Blackwood

Classic horror from the prolific author of ghost stories and supernatural fiction, and thought by H. P. Lovecraft to be the best “weird tale” of all time.

“Algernon Blackwood’s novella The Willows uses setting like a master. This story is considered by Lovecraft and others to be one of the greatest horror short stories of all time… I can tell you it creeped me out more than I thought it would. It’s a simple tale: two men traveling the Danube by boat end up stopping at an island of willows to pass the night, and they begin to realize that they have trespassed upon a land that does not welcome them, and isn’t really a part of our own world. I went in knowing that it greatly influenced Lovecraft, and the parallels in ideas and style are readily apparent in the last half of the story… A beautifully written, enjoyably creepy novella.” — ChicagoNow 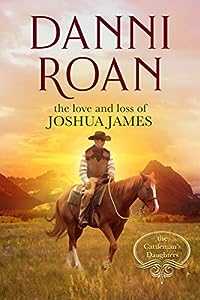 The Love and Loss of Joshua James: A Prequel to The Cattleman’s Daughters
by Danni Roan, Bean Counter Media

Joshua James, the patron of the Broken J Ranch, has watched his small family grow with each year adding to the joy, laughter, and heart ache of a life well spent. Entering his twilight years Joshua’s mind is drawn back to the love and loss that has molded him, making the Broken J a place of peace for so many.
The poignant tale of one man’s journey and struggle to start a new in a wild land at a time when life was uncertain at best will touch your heart as Joshua shares his story of faith, hope, love, and family.