I hate it when I spend days, maybe it was even a week, taking care of a cute little batch of plants only to find out that they are the most awful weed you have ever known. I had sprinkled pretty purple poppy seeds in one of my beds, and that is what I thought had been growing for the past week or so. Nope. I even very carefully weeded around the stupid things, contorting my body in strange ways just to avoid squishing them. As soon as they bloomed and I realized what I had, I tore those and just about everything else around it out. I wasn’t real life furious, just garden mad. I spent the whole day yesterday redoing the whole bed. Even yanked out the four foot tall ugly poppies with the pretty flowers. I put them in a few pots and moved them to a place a bit more appropriate. Well… that will teach my garden to sass me like that. 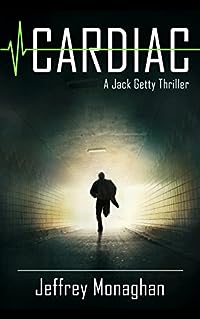 What if the one thing meant to keep you alive was used to kill you?

Embattled CEO Jack Getty is nervous. This is his final chance to save his company. He is announcing his firm’s breakthrough discovery at the world’s largest annual biotech conference. A discovery that trials show will extend human life by 75%. But as Jack approaches the podium, he suffers a major heart attack and collapses onto the stage, stunning the conference attendees.

Jack is rushed to the emergency room where surgeons implant the latest Wi-Fi enabled pacemaker, saving his life in the process. What Jack doesn’t know, however, is that an underground hacking group has its sights set on manipulating his “secure” pacemaker to get information only he can provide. Despite the hackers unrelenting terror, Jack refuses to give them what they want and soon starts to uncover the true motives of this mysterious and powerful group.

Fast-paced and complex, this thriller twists and turns as it stays one step ahead of the reader. Readers will find it a heart-pounding novel that dances on the fringe of the dangers lurking within today’s modern technologies. 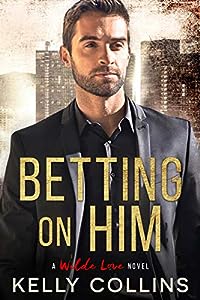 He’s a gangster going straight. She’s a waitress going bankrupt. Will their gamble on a marriage of convenience pay off in true love?

Alex Wilde desperately wants to be free of the family’s mob business. But when his infamous father is murdered, the family attorney makes a suggestion he can’t ignore: find a bride before the funeral or they’ll force a wedding with a nice Russian gangster girl. When he meets a feisty cocktail waitress, he thinks he’s found his way out.

Faye Tandy is desperately in debt and hard-pressed to find help. Alex’s offer of a phony marriage for a ton of cash couldn’t come at a better time and she’s happy to help him exit the criminal world. The fact that he’s tall, dark, and handsome is an attractive bonus. But when she discovers the Russians have a contract out on her head, she wonders if divorced and bankrupt would be a better choice than rich and dead…

As Faye’s fake feelings for Alex turn real, she’s terrified her trip to the altar might be her last. Will Alex and Faye’s throw of the dice succeed or will they lose the lawless game of love?

Betting On Him – A Wilde Love Novel is a hilarious contemporary millionaire mafia romance. If you like feisty heroines, sharp heroes, and passion that’s meant to be, then you’ll love Kelly Collins’ sure bet story. 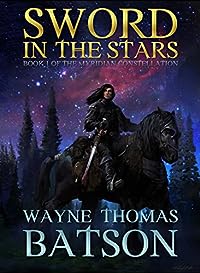 The difference in their uncanny eyes could not be easily discerned. In the rays of the setting sun, both Aravel’s and Morlan’s eyes appeared gold. In the pale moonlight… yellow. Seemingly the same. Such inscrutable likeness is the way of things with identical twins. But all who knew the two brothers well noted unmistakable differences, peculiarities more experienced than seen. Those who stood before King Aravel’s gaze felt the glad firelight of a cozy inn. But those who fell under Morlan’s stare felt the gleam of winter moonlight on the cold, white stone monuments in a boneyard.

FROM THE BESTSELLING AUTHOR OF THE DOOR WITHIN TRILOGY comes an epic tale of two powerful kings whose rivalry threatens to tear the world of Myriad apart. Into this chaos of treachery and war, strides ex-assassin Alastair Coldhollow whose quest for redemption leads him to the one foe he cannot defeat with a thrust of his sword. Everything may hinge on an age-old prophecy, but after thousands of years, will the Sword appear in the Stars at last?

With the aid of Abbagael Rivynfleur, a not-so-naive girl from the forest villages, Alastair will tread forgotten roads, face legendary creatures, and meet mysterious new races of people, all in an effort to find Myriad’s Halfainin. So begins the sweeping seven-volume Myridian Constellation. Read on to discover what happens when the Sword is in the Stars, and the moon is blood red…

The Coincidence Mysteries: The Evermore (Callie & Kayden)
by Jessica Sorensen

A mysterious job. Secret societies. Nothing is what it seems…
Callie Lawrence has always loved writing and mysteries, so when she gets a job offer that would require her to do both, she eagerly accepts it. But her first assignment is more dangerous than she expected. What she thought was a simple case of interviewing and researching, leads to a world of societies and cover ups.

Just how far is Callie willing to go to get to the truth? 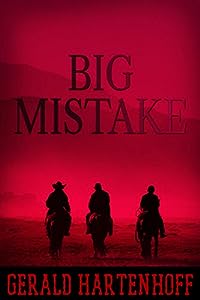 Molly Cromwell was in serious trouble, and there was only one man who could help her. The problem was he didn’t like her. He never had and never would. To Molly, that didn’t matter. She had a scheme, and now all she had to do was execute her plan. Simple… or so you’d think.