A Cooler Time Of Day

It might be time. Time for me to give in and just clean out my closet like everyone else has done in this quarantine. I just can’t fight it any longer. Waaaiiiitttt….. I think my little pup Junebug needs a belly rub. Yup! She looks like she needs a little love and affection. I took a SACRED OATH when I adopted her to give her the life and love she deserves. I will not put silly things like a clean closet before the needs of my sweet angel Junebug. (45 seconds later) Okay… she just walked away from me. SINNY! My sweet Sinny needs his head pet. I TOOK A SACRED OATH………

A heart broken twice by love and family.

Can a trip to the ranch give her a second chance with both?

Sheryl Kyle isn’t the trusting type. After all, her abusive late husband and her disapproving stepfather haven’t given her much reason to feel otherwise. But when a rugged rancher named Mark seeks her out she learns her stepfather is on his deathbed. And his dying wish is for her to return to Sweet Creek for one last chance to reconcile…

Mark can’t help but be fascinated by Sheryl. Despite hearing the worst about her from her stepbrother, he’s drawn to the hauntingly beautiful woman. When his ranching partner suffers an injury at the worst possible time, he’s surprised and delighted that Sheryl agrees to work by his side…

As Sheryl and Mark’s friendship deepens, she suppresses her growing feelings toward him. Can she forgive her family and herself before Mark too becomes a man of her past?

Homecoming is the first book in the Sweet Creek Series of Christian romances. If you like chemistry on the ranch, moving tales of redemption, and second chances, then you’ll love Carolyne Aarsen’s tale of old wounds and new loves.

Buy Homecoming today to rediscover the sweetness of life at Sweet Creek. 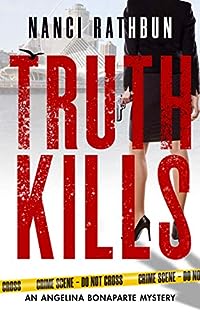 A murdered mistress. An accused mob boss. Can two detectives put their differences aside to find the real killer?

Angelina Bonaparte is starting from square one. After a messy divorce, the middle-aged librarian put down her books and picked up a new gig as a private investigator. When a mob boss heads to jail for his mistress’ murder, she has no issue with the womanizing scumbag rotting in prison. But when the suspect’s pregnant wife swears his innocence, Angelina can’t find it in her heart to refuse the case.

Already reluctant to get involved, her frustration grows when she’s forced to work alongside Ted Wukowski, a homicide detective who thinks a crime scene is no place for a woman. In the search for clues along the mistress’ long record of broken hearts and promises, Angelina’s natural charm is the perfect complement to her temporary partner’s take-no-prisoners interrogation style. And before long, she and Ted can feel their grudging respect transform into an undeniable attraction.

To solve the case and catch the murderer, the PI and the cop must learn to trust each other completely before an innocent man goes to jail for a crime he didn’t commit…

Buy Truth Kills today and ride along with a hard-hitting detective who’s not afraid to reinvent herself! 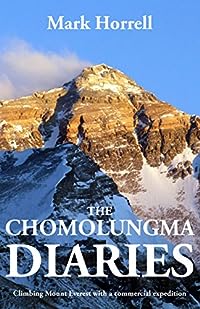 The Chomolungma Diaries: Climbing Mount Everest with a commercial expedition (Footsteps on the Mountain Diaries)
by Mark Horrell

In April 2012 Mark Horrell travelled to Tibet hoping to become, if not the first person to climb Mount Everest, at least the first Karl Pilkington lookalike to do so.

He joined a mountaineering expedition which included an Australian sexagenarian, two Brits whose idea of hydration meant a box of red wine, and a New Zealander who enjoyed reminding his teammates of the perils of altitude sickness and the number of ways they might die on summit day.

The media often write about Mount Everest deaths and how easy the world’s highest mountain has become to climb, but how accurately does this reflect reality?

The Chomolungma Diaries is a true story of ordinary people climbing Mount Everest with a commercial expedition, and preparing for the biggest day of their lives.

Imagine your life clipped into a narrow line of cord five miles above the earth, on the world’s most terrifying ridge walk. This book will bring you just a little bit closer to that experience. 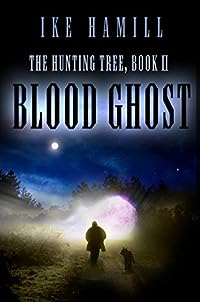 They stopped the monster, but his blood remained. It soaked into the forest floor, poisoning the New Hampshire soil. The witch fed. She, the Blood Ghost, the thief of life’s essence, grew strong on that blood, and she grew bold. Now she’s taken a new lover. Each drop of his young blood feeds the witch and her evil purpose.

Back in Maine, Davey is having nightmares again. This time he’s vowed to stop them before they come true. Davey will enlist his distant cousins once again and join them to fight the witch, the Blood Ghost. 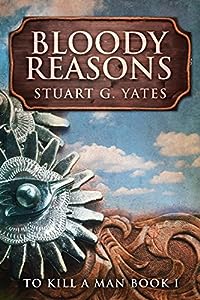 Bounty hunter Gus Ritter is on the trail of his brother’s murderer. He is after more than money; he wants retribution.

After he arrives to the small town of Archangel, death rapidly follows. Soon, Gus finds himself not only fighting for his own life, but also protecting the local preacher and a young girl.

As he makes his way south to confont Dan Hardin – his brother’s killer – the inevitable final showdown in the dusty mexican pueblo draws closer. But who will come out alive?