I am in the home stretch now with my front yard project. With the fill dirt and soil in place, boulders at the ready, the only thing left to do is put in the irrigation and plants. I sent off my plant list to the nursery and they responded within an hour with the price list and informed me that some plants are a special order, but can get them for me no problem, and they will deliver! Is was that easy to order plants. This is dangerous information. I had no idea it would be that easy to order a plant and have it delivered directly to my house. No more sneaking around behind hubby’s back. HA! It will be a few days or a week before the plants arrive I guess, so I have a bit of time to paint the front of the house. Can’t have shiny new plants and with a drab house…ew. My youngest baby basset asked me if we are still going to decorate for Halloween and Christmas. I love that he was worried about that. I also love that now I get to design a whole new scene for both holidays. I’m thinking I need lights, lots of lights! 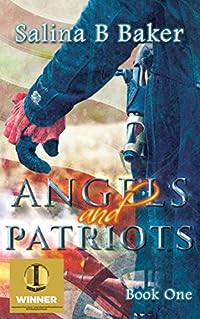 Angels & Patriots: Book One
by Salina B Baker

Recipient of eight awards in Fantasy, Historical, and Military Fiction

On the eve of the Revolutionary War, American patriots are leaving their homes and families behind to stand firm against the British. What these early Americans do not realize, is that while they prepare themselves for their battles, a war is simultaneously playing out among the soldiers — one that poses a far greater threat to their lives and souls.

Demons that God created to kill a brotherhood of fallen angels are fanning the embers of the Revolutionary War to draw the angels out of hiding. They walk and fight alongside patriots and British soldiers alike.

Archangel, Colm Bohannon, leads his angel brothers to Boston to track down the demon leader and to warn John Hancock, Samuel Adams, Dr. Joseph Warren, and the Sons of Liberty that the British army is not their only threat. The patriots will need to engage with two enemy forces on the battlefield. As it stands, the band of angels is road weary and struggling with infighting and earthly temptations. Is faith a strong enough shield to fight off demon attacks and protect the patriots?

Angels and Patriots is the violent struggle for freedom, played out on the battlefield and the firmament as the angels fend off the demons in a quest to serve both humans and God.

Zoe has lived in Sunny Shores Trailer Park her whole life and she knows what the Memorial Day weekend brings — snobby rich kids who serve as a constant reminder of how pathetic her life really is. So when she meets Ethan, the awkward boy from the exclusive community of Crystal Waters, she can’t help being intrigued. He’s different, but in a good way.

Along with her stand-in little brother Parker, and her best friend Meredith, the four of them form an unlikely friendship. But one morning, their idyllic summer is turned upside down when a dead body washes up on the beach…

From the author of the critically acclaimed Hope for Garbage, comes another story of friendship, hope, and the incredible power of the human spirit. 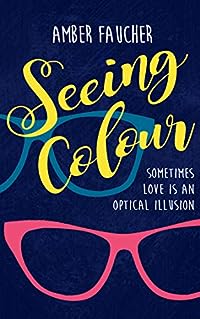 Dispensing Optician Evie Matthews has her life entirely planned out — that is until a surprise breakup ruins everything. Fleeing her conventional lifestyle, she escapes to Edinburgh, Scotland, accepting a position at a private optometrist’s office. Proving that a complete 180° is more complicated than it looks, Evie loses her luggage, her flat, and her nerves, ending her first day abroad drowning derailed plans at the bottom of a mojito and in the arms of an unexpected encounter. 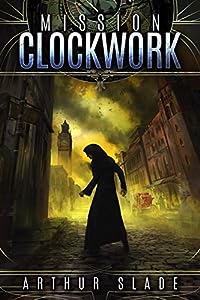 He’s the greatest spy of the Victorian era, but he’s met his match…

Almost since birth, Modo has been rigorously schooled as a secret agent. His master, a British Lord, took advantage of Modo’s unique shape-shifting talents, training him to morph from his unsightly, hunchbacked-self into anyone he liked. When Modo is teamed up with the beautiful Octavia, his reasons for wanting to shape-shift become, well, more complicated. He never wants her to see his true appearance.

Then urchins start disappearing from London streets, a high-ranking British Lord gets assassinated, and Modo comes face to face with a ruthless woman with a metal hand. It’s clear that a deadly, secret organization has the British Empire in its sights. It will take every ounce of skill, guts, and luck for the pair to survive.

From author Erin Huss comes an “uproariously funny” (InD’Tale Magazine) new mystery…
When Cambria Clyne — klutzy, twenty-something single mom — takes the job of an apartment manager at an LA complex, she hopes her run of bad luck is finally coming to an end. She’s got a nice home for her daughter, a steady source of income, and the cute maintenance guy is certainly a nice perk! But her luck takes a bad turn again when a dead body turns up, a crime spree takes over the community, and Cambria finds her complex squarely at the center of it all!

With her dream job suddenly on the line, Cambria dons her detective hat to get to the truth — after all, she’s watched enough crime shows on TV to know how to catch a perp! Or so she hopes as she wades through a streaker in apartment 40, an ex-con with a shady agenda, an overly frisky retired couple, and the suspiciously sneaky dealings of the dentist in apartment 36. But will Cambria be able to catch a killer… or will she get caught up in his game and lose it all?