Stock up for the weekend with these wonderful Price Drops 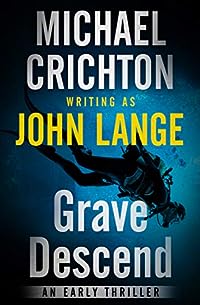 An Edgar Award finalist from the #1 New York Times-bestselling author of Jurassic Park: A diver enters dangerous waters to recover a sunken yacht.
The Grave Descend lies under more than sixty feet of clear blue Caribbean water, guarded by a coral reef and schools of hungry hammerhead sharks. Raising it would be a near-impossible task, but James McGregor is suited to the impossible. An expert diver, he makes his living exploring sunken ships. But there’s something strange about the wreck of the Grave Descend.

How did she sink? Why do none of the survivors tell the same story? And what was the cargo inside her hull? To answer these questions, McGregor will have to contend with the deadliest sharks around — both underwater and on land.

This ebook features an illustrated biography of Michael Crichton including rare images from the author’s estate. 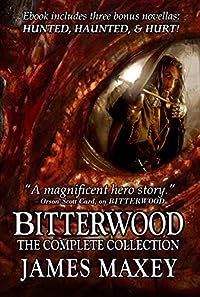 An epic tale of war between dragons and mankind! When the mysterious dragon slayer Bitterwood murders the son of the Dragon-King, the dragons respond with a campaign of genocide against their human slaves. Amid the chaos of war, a band of rebel humans risk everything to fight for freedom, and an end to the Dragon Age. Read the saga that Orson Scott Card called “a magnificent hero story.” Bitterwood, the Complete Collection gathers together the first four novels of the Bitterwood series, plus the prequel short story “Tornado of Sparks.” The ebook edition also contains three three bonus novellas, Hunted, Haunted, and Hurt, plus a preview chapter from the new novel Dragonsgate: Devils!

Tornado of Sparks: The dragon Vendevorex demonstrates his magical powers for the dragon-king Albekizan in a test that orphans a human infant. Can Vendevorex reunite the child with her only remaining family?

Bitterwood: Dragons rule the world and humans serve as their slaves, pets, and prey, with only the mysterious dragon-slayer Bitterwood fighting the dominant dragons from the shadows. But when Bitterwood slays the beloved son of the dragon-king Albekizan, the dragons launch a war of extermination against all humans. Can mankind survive the combined might of the dragons?

Dragonforge: As a war spreads throughout the dragon kingdom, a band of human rebels take over the armory of the dragon armies, the legendary Dragon Forge. As the dragon armies mass to take back the fortress, Bitterwood finds himself in the fight of his life, facing off against the most dangerous dragon of all: Blasphet.

Dragonseed: With the dragon forces in disarray, the humans face their own woes as allies banded together to fight the dragons begin to take up arms against each other. With all of civilization on the verge of anarchy, can Bitterwood save the day by joining forces with his worst enemy — the sun-dragon Hex, the last surviving son of King Albekizan?

Dawn of Dragons: 1000 years before Bitterwood, a man named Alex Pure gets disemboweled by a dragon. It’s the beginning of a beautiful friendship. Also, the apocalypse.

The bonus Dragonsgate: Prelude and Omen novellas included in the ebook edition:

Hunted: The sky-dragons Graxen and Nadala are trying to make a new home in a distant valley. With Nadala too pregnant to fly, Graxen must hunt for them to survive. But as he stalks his prey, something bigger and more dangerous than a dragon is stalking him.

Haunted: Bitterwood has settled into the quiet life of a farmer. Then, dragons raid his henhouse, leading Bitterwood to a confrontation with his most dangerous adversary.

Hurt: On a mission to recover a stolen shotgun, Anza faces off against the earth-dragon boss Bigmouth. But when she winds up shot by the very gun she came to retrieve, can she finish her mission before her injuries finish her? 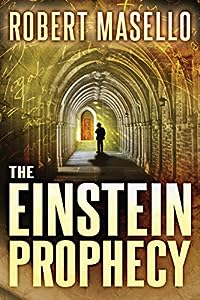 The Einstein Prophecy
by Robert Masello

As war rages in 1944, young army lieutenant Lucas Athan recovers a sarcophagus excavated from an Egyptian tomb. Shipped to Princeton University for study, the box contains mysteries that only Lucas, aided by brilliant archaeologist Simone Rashid, can unlock.

These mysteries may, in fact, defy — or fulfill — the dire prophecies of Albert Einstein himself.

Struggling to decipher the sarcophagus’s strange contents, Lucas and Simone unwittingly release forces for both good and unmitigated evil. The fate of the world hangs not only on Professor Einstein’s secret research but also on Lucas’s ability to defeat an unholy adversary more powerful than anything he ever imagined. 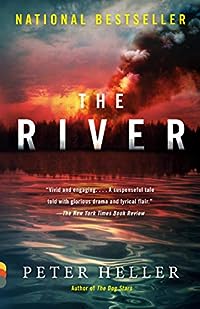 The River: A novel
by Peter Heller

A Nominee for the 2020 Edgar Allan Poe Awards

“A fiery tour de force… I could not put this book down. It truly was terrifying and unutterably beautiful.” -Alison Borden, The Denver Post

From the best-selling author of The Dog Stars, the story of two college students on a wilderness canoe trip–a gripping tale of a friendship tested by fire, white water, and violence

Wynn and Jack have been best friends since freshman orientation, bonded by their shared love of mountains, books, and fishing. Wynn is a gentle giant, a Vermont kid never happier than when his feet are in the water. Jack is more rugged, raised on a ranch in Colorado where sleeping under the stars and cooking on a fire came as naturally to him as breathing. When they decide to canoe the Maskwa River in northern Canada, they anticipate long days of leisurely paddling and picking blueberries, and nights of stargazing and reading paperback Westerns. But a wildfire making its way across the forest adds unexpected urgency to the journey. When they hear a man and woman arguing on the fog-shrouded riverbank and decide to warn them about the fire, their search for the pair turns up nothing and no one. But: The next day a man appears on the river, paddling alone. Is this the man they heard? And, if he is, where is the woman? From this charged beginning, master storyteller Peter Heller unspools a headlong, heart-pounding story of desperate wilderness survival. 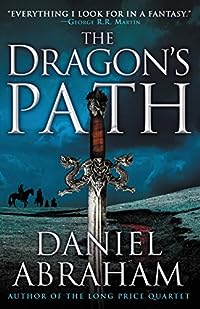 “Everything I look for in a fantasy.” – George R. R. Martin
All paths lead to war…
Marcus’ hero days are behind him. He knows too well that even the smallest war still means somebody’s death. When his men are impressed into a doomed army, staying out of a battle he wants no part of requires some unorthodox steps.

Cithrin is an orphan, ward of a banking house. Her job is to smuggle a nation’s wealth across a war zone, hiding the gold from both sides. She knows the secret life of commerce like a second language, but the strategies of trade will not defend her from swords.

Geder, sole scion of a noble house, has more interest in philosophy than in swordplay. A poor excuse for a soldier, he is a pawn in these games. No one can predict what he will become.

Falling pebbles can start a landslide. A spat between the Free Cities and the Severed Throne is spiraling out of control. A new player rises from the depths of history, fanning the flames that will sweep the entire region onto The Dragon’s Path — the path to war.

Writing as James S. A. Corey (with Ty Franck)