Not In This Timeline

Basically, if I want any honey from the bees I have in my yard, I will have to tear both supers up, rip out all the comb, put what I can salvage on new frames, all the while murdering a bunch of baby bees. This is what I was thinking about while I was out in the garden cleaning a few flower beds and replanting some seedling. I had just about decided I was definitely going to do it and just be a horrible person, when it happened. The sun had been out for a few hours, so it was warm enough for a bunch of the bees to come pouring out of the hive to do orientation flights. This apparently means a bunch of babies were born and its a wonderful glorious day in the colony. Everyone is happy and celebrating. So no… I will definitely not be raining doom and destruction down upon my freeloading bees. This timeline says I will not have honey…ever.

Off Sides (The Off Series Book 1)
by Sawyer Bennett

“I’m not sure what possessed me to do it. Maybe it was the impossible expectations I faced, maybe it was my own self-loathing. But I just knew I needed something different to happen. I needed someone… something… to derail me from my current path. Otherwise, I would become lost… a hollowed out shell of a man. So I did it. I approached her, then I pursued her, then I made her mine. And my life was saved… ”

Ryan Burnham is the privileged son of a U.S. Congressman and captain of his university’s hockey team. While he is on the verge of fulfilling his dreams to play in the NHL, his parents want him on a different course. One he is expected to accept for the sake of his family’s public image.

Forced to abandon her music career after the heart breaking death of her parents, Danny Cross exists on the opposite side of the tracks from Ryan. She is struggling to make her own way, working two jobs, attending college part time and volunteering in a homeless shelter. She is on a mission to build her own success.

With a chance meeting, their vastly different worlds collide, causing each to evaluate whether they are truly on the correct path to self-fulfillment and happiness. Can their relationship survive? Particularly when others are against them every step of the way. A lot can happen in just ten short days…
**Note From Sawyer Bennett: This book is part of the Off Series but it can be read as a stand alone book. Nothing in the prior or subsequent books will diminish your understanding of this novel. This is a New Adult, Contemporary Romance. 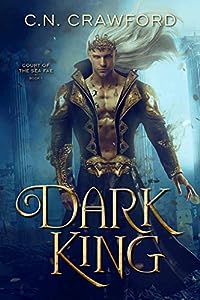 A snarky fae, a sexy king, and forbidden desire deep as the sea. The first book in a three-book series.

Once, I was a fae princess with sea-magic at my fingertips. Now? I’m a hunted supernatural in a squalid shop, stripped of my power. My only comforts are stale cookies, Elvis records, and my hula-hoop. Until a lethally sexy fae king arrives and rips even those away.

After the brutal king throws me in prison, I strike a bargain with him: my freedom in exchange for helping him find a magic blade. What Lyr doesn’t know is that the blade might restore my stolen magic.

But as we journey, the gorgeous jerk is starting to make me feel things I’ve never felt. When Lyr touches me, desire ignites. I see raging passion in his eyes, too. If I give in, I risk losing my chance at reclaiming my power. Even worse… I could be forfeiting my life. 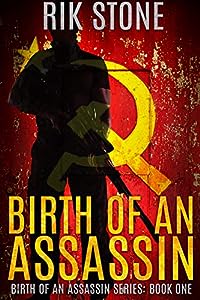 Birth of an Assassin
by Rik Stone

BIRTH OF AN ASSASSIN
Jez Kornfeld, a young Jewish man, is raised in the bleak aftermath of WWII and becomes a reluctant assassin for the Soviets. But he makes a mistake and is framed for murder. The hunter becomes the prey.  Now on the run with half the Soviet land forces on his tail, he has one hope to clear his name?  That hope comes in the shape of a suicide mission  For readers of Michael Connelly, Robert B. Parker, Ace Atkins, Lawrence Block, and more. 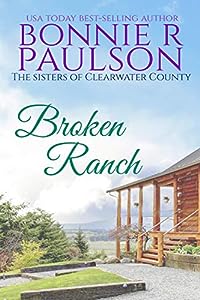 Five separated sisters are looking for answers. Who knew they’d find love and acceptance in each other?

When Rosie meets a man who’s looking for meaning in his own family connections, she has to face her longing to be loved and find a family she can be a part of. 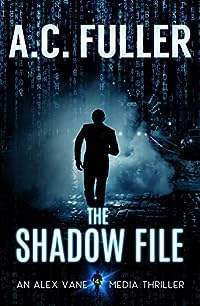 America’s intelligence security is in the hands of a million private contractors. Now one woman may bring down their entire system.

Four months ago, Alex Vane lost his friend James Stacy, killed by private security contractors working for the intelligence-industrial complex. Though Alex exposed the killers, most of the system survived, including the amoral torturer known only as Amand. Now, he and others continue to operate a web of security companies worldwide, off the record and accountable to no law.

James’s widow Innerva Shah is taking a different route to her revenge. From within Cuba’s internet desert, she has quietly penetrated the system of contractors that run America’s security. Now she’s launching the largest ransomware attack in history, with the aim of burning that system to the ground.

When he learns that Amand and his forces may be closing in on Innerva, Alex makes a desperate attempt to save her. With Innerva’s surrender-or-die deadline only hours away, Alex finds himself in Cuba, threatened from every direction, and the only person he can count on is the wife he almost lost.