All this wind and rain is making me feel like we are going back in time to the beginning of winter. NO!! I don’t want to relive the last two months  NOOOO!!!! 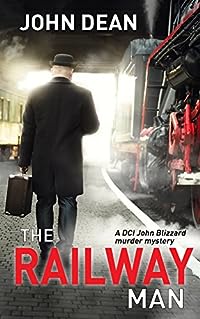 Few tears are shed when an ex-boxer and local hard man is found dead in a disused railway signal box.

When DCI John Blizzard is called in to investigate, he discovers no shortage of people who would want the bully dead. But getting any of them to come forward proves difficult.

Having interrupted the opening day of the public display of a steam engine that DCI Blizzard lovingly helped restore, few are keener than he to see the perpetrator under lock and key.

It transpires that the victim once gave a man life-changing injuries with a cruel sucker punch, thus Blizzard’s colleagues think they’ve found a likely suspect. But the veteran detective is not so sure. In fact, the real culprits might be much closer to home.

Probing deeper into the web of lies that surrounded the man’s life, Blizzard might have to confront unpalatable truths that shatter his nostalgic view of the city’s past. 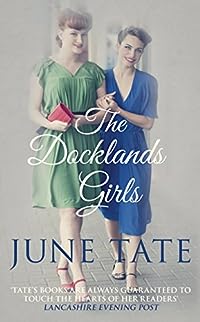 The Docklands Girls
by June Tate

Spring, 1944. Working on an aeroplane production line, Hildy believes she is doing her part for the war effort. But troubles at home make it hard for her to find happiness and independence. Meanwhile, Cora is still reeling from the devastating loss of both her parents in the Blitz. Faced with homelessness and poverty, Cora and her friend, Belle, turn to the dark streets of Southampton to work on the game. They dream of raising enough money for a new beginning and the chance to put their pasts firmly behind them. For all three women, the war creates hardships from which they will only emerge by maintaining strength and, above all, the hope that they can achieve their dreams. 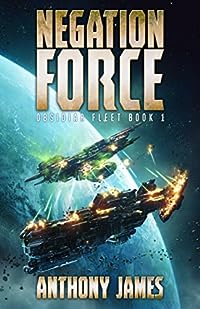 Negation Force. A planet without power, locked down by an alien war fleet.

The human Confederation has known an unprecedented time of peace, unheard of in a universe where every other species is not only technologically advanced, but also incredibly hostile.

The good times are about to end.

Out on the fringes, the planet Atlantis is attacked by an alien foe remembered only by the oldest members of the Space Corps. These aliens – known as Vraxar – are abominations of flesh and metal, driven to exterminate every other life form in the universe. Now it’s humanity’s turn.

In the ruins of the Tillos military installation, Sergeant Eric McKinney is determined to fight back and find out why the Vraxar have come. Meanwhile, a response fleet is mustered with the intention of facing the enemy head-on. It’s a mission with no hope of success.

As events unfold, it becomes apparent the Vraxar have secrets which give clues to their purpose. The answers are more shocking than anyone could have imagined.

The lives of strangers are intertwined and together they must try and salvage something from this first exchange in a war that will not end until one side is utterly defeated. Luckily, the Tillos base holds secrets of its own… a warship with an exceptionally powerful Obsidiar core is contained within an underground bunker. It is the only hope for Atlantis…

Negation Force is a science fiction action and adventure book which begins The Obsidiar Fleet series.

Author’s Note: this book is set forty years after events in the Survival Wars series. There is no necessity to read the earlier books to enjoy this one. 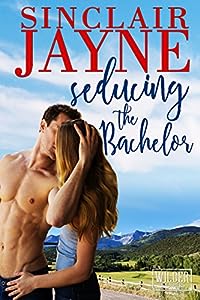 Seducing the Bachelor (The Wilder Brothers Book 1)
by Sinclair Jayne

Single mom and veterinary student Talon Reese thinks she is volunteering her time, not her heart or her body, for Marietta Montana’s second annual Bachelor Auction. But when Bachelor number 3 hits the stage, igniting every hormone she forgot she possessed, she’s questioning her vow of no more men. With a man this drool worthy, some fun doesn’t have to be off the table, even if she’s not looking for a relationship.

Special Forces sniper Colt Ewing blew out of Marietta on graduation day and never looked back, until his former football coach asked for his help. Standing on the auction block is a tough mission for Colt until he meets his winning bidder, a woman who’s as warm and friendly as he is aloof and silent. All night her mouth has been creating sexual fantasies, so when she opens it to boldly proposition him, there’s no way in hell he’s going to say no.

But as Colt and Talon burn up the sheets, he begins to forget why he hates this town, and Talon wonders if she can learn to trust enough to fall in love. But will that be enough to convince him to stay? 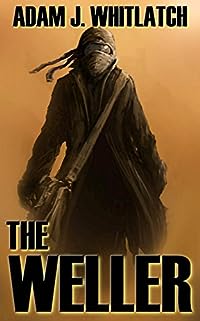 The Weller
by Adam J. Whitlatch

Never in our wildest dreams did we imagine it could happen to us… In the years since the Twelve-Minute War, the planet has fallen into darkness and chaos. The combined impact of nuclear, biological, and chemical agents has rendered the majority of the world’s fresh water unfit for human consumption. Only the bravest men and women dare to venture out into the desolate wasteland to collect this precious commodity. Matt Freeborn is one such man… a weller.

The weller’s precious cargo makes him a prime target for attack from savage road pirates, grotesque mutants, and ravenous cannibals. Armed with his grandfather’s trusty sidearm, The Well Digger, Freeborn is fully prepared to handle any of these terrors, but there are still things even the weller fears: the bogeymen of the wastes… distillers.
A high-octane post-apocalyptic thriller from the author of Vengeance For My Valentine and War of the Worlds: Goliath.