We are getting a new pet!!! Kinda…sorta. I am jumping on the new craze this quarantine and I am going to try making sourdough bread. That seems to be the latest craze. my neighbor brought over a sample of the knead recipe he used and it was amazing. He is using a starter he made with just flour, water, and something else. Can you believe I can’t eve remember a list of three ingredients. That’s why I didn’t want to try making sourdough bread, too many ingredient and too many steps. Kneading every three hours, doing some chant, then kneading again. The three ingredient recipe he is going to give me has you kneading only once, or just mixing the ingredients a bit. The part I am worried about is that you have to feed it every day. That’s weird, but I will give it a try. I see some people are selling 40 year old starters in my county. If I can prove that I am responsible enough to take care of this young starter, maybe I will graduate up to old starter.

A sinister séance. A mysterious murder. A killer with a taste for the occult…

When famous psychic Meredith Romanoff visits New Orleans, getting wrapped up in another mystery is the last thing Roxy would have predicted. Too bad the spirits had other plans.

Roxy finds herself invited to join in a spooky séance but when the lights come up, Meredith has left the land of the living. And to make matters worse, Roxy’s friend Dr. Jack is arrested for her murder…

When he asks Roxy to help clear his name, she finds herself confronted with yet another puzzling case, along with a gaggle of quirky suspects.

Eager to help her friend, and get back to restoring her boutique hotel, Roxy wastes no time searching for clues. But when her investigation lands her in hot water with the law, this amateur sleuth must risk everything to get to the truth.

Can she narrow down the suspects, free Doctor Jack, and get back home in time to feed her cat? And more importantly, can she expose the killer before another victim joins the spirit world?

Cozy mystery fans will love this delicious new book from author Alison Golden. No foul language, no sex, and no gore… Just fun characters, Cajun food, and a puzzling mystery that will keep readers guessing right until the very end! 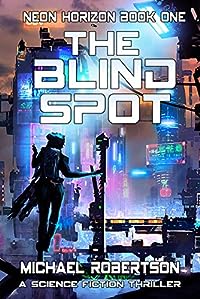 Could you betray everyone you care about to prevent a war?

She’s lived her entire life in the Blind Spot; a garish neon rat run of debauchery. Since her mum’s murder several years ago, her dad’s method for keeping her safe has been to imprison her in her own home. But with her sixteenth birthday looming, she’s going to start making her own life choices. She’ll finally move away to the neighbouring Scala City with the boy she loves.

But when a terrorist attack raises the temperate of the cold war between the Blind Spot and the city, her vision of her planned future begins to fade. If she’s to put her bad memories and the home she hates behind her, she has to act.

With time running out and tensions rising, Marcie finds herself as the only person who can prevent the conflict. But it comes at a cost. Does she betray everyone she cares about and sacrifice her chances with her one true love, or does she let thousands die in a preventable war?

Join Marcie as she tears through dystopian cityscapes and neon flooded alleyways in an attempt to put all the pieces into place to prevent a war that could destroy the entire city.

The Blind Spot is a science fiction thriller and the first book in the Neon Horizon series. 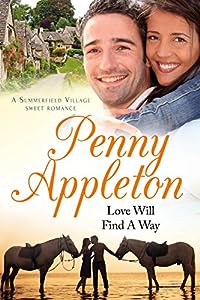 Love Will Find A Way: A Summerfield Village Sweet Romance
by Penny Appleton

In LOVE WILL FIND A WAY

Jenna Warren is an Idaho ranch girl who loves her Appaloosa horse, Blue, and the freedom she has to run her life the way she wants to. But she’s aware that she’s never really seen the world, let alone experienced real love.

Daniel Martin is a British schoolteacher, bound by duty to a desperate family situation, and struggling to find his own path as a musician.

When Jenna and Dan meet at a family wedding, they are instantly attracted to each other, but Dan has to leave for Britain the next day. As Jenna follows him to Summerfield, a family conflict ignites, tearing their new love apart.

In this sweet romance, set between the Idaho ranch, the English countryside and tropical Australia, can Jenna and Dan’s love find a way to make it through?

If you love a happy ending, this clean and wholesome, contemporary romance might just be for you. 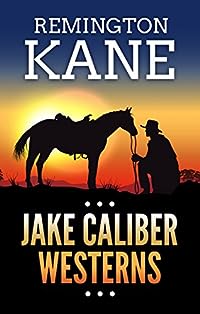 This is the legend of the original Jake Caliber, the man who founded The Caliber Detective Agency. 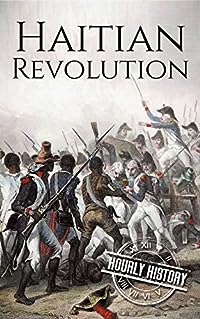 Haitian Revolution: A History From Beginning to End
by Hourly History

The Haitian Revolution began in 1791 in the French colony of Saint Domingue, when a group of slaves rebelled in order to secure their freedom and the end of slavery. In the midst of the French Revolution, slaves took advantage of volatile political, racial, and social circumstances.

With legendary leaders like Toussaint Louverture, they eventually defeated Napoleon’s France to form the independent nation of Haiti. The Haitian Revolution had both global causes and consequences. In the end, the entire world was impacted by the heroic actions of the most dispossessed people in the population.