I Can Show You The World

I love my 400 year old cat, Sinny, but I think he may be a jerk. Although that just doesn’t seem right. It would explain why he is avoiding the carpet runners I bought, and put all around the house for him. They are exactly the same as the one he likes to lay on by the front door. As I have said before, his diabetes has made his back legs very weak and they slip around on the tile and laminate floors.  I put them down in the exact path he uses to get to his favorite places in the house, the couch and the food bowl. My house looks ridiculous right now and my kitty is just staring at me like I am crazy. SINNY… JUST WALK ON THE CARPETS AND MAKE ME HAPPY! 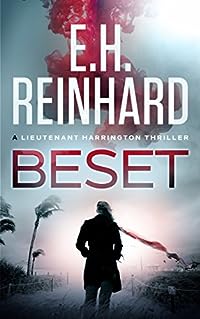 When a spring breaker is found with his head all but removed along the side of a posh Miami Beach hotel, Lieutenant Nash Harrington is tasked with tracking down the person responsible.

But the dead college kid in the bushes is only the beginning. The victim came to town with friends — friends who start dropping like flies.

Just as the lieutenant closes in on his killer, the case takes an immediate left turn into the unknown, a place where Harrington could find himself directly in harm’s way. 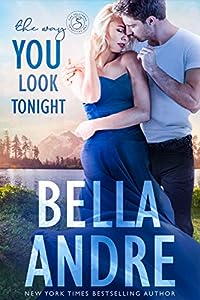 As a successful private investigator who has caught most of the cheaters in Seattle with their pants down, Rafe Sullivan believes true, lasting love only happens once in a blue moon. Needing to get away from the city to clear his head, he finds the lake house where he spent the best summers of his life is now a wreck… but the sweet girl next door is all grown up and prettier than anything he’s ever seen.

While Brooke Jansen is happy making and selling chocolate truffles in her small Pacific Northwest lake town, she secretly longs to experience something wild. So when her favorite “Wild Sullivan” moves in again next door after more than a decade away, and sparks fly between them, she can’t stop wondering if being bad is really as good as it always seemed… and just how long it will be before she can find out.

But when their summer fling quickly spirals into deeper emotions than either of them were expecting, can they survive the heat between them? Or will Rafe make the biggest mistake of his life and end up losing the best thing that’s ever happened to him? 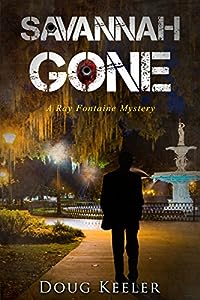 Private Investigator Ray Fontaine, an old fashioned PI — a bit of a bull in a china closet, embarks on the search for the beautiful and missing Claire Robertson, a marine biologist who opposes the Savannah Port expansion project. The search takes us through the streets of Savannah, snooping in every alcove and inlet, and into the personalities of the various political players.

The novel is well-written and has an ingeniously constructed plot. Doug Keeler’s vivid descriptions of the city of Savannah truly took me there. This is my first read of this author, but it will not be my last. Thriller/mystery readers will not be disappointed. It’s a terrific start to the ‘Ray Fontaine Mystery Thriller & Suspense Series,’ leaving me wanting to read more.

The Port of Savannah, the fourth busiest in the nation and the economic engine for the entire state, needs to expand to accommodate the new super-sized container ships that will soon be coming on line. And the proposed harbor expansion is viewed by almost everyone as one of the biggest economic development projects in the country, everyone except influential Marine Biologist Claire Robertson that is. When Claire suddenly goes missing, Private Investigator Ray Fontaine is hired to search for her. At first Ray thinks finding her will be an open and shut case, but behind Savannah’s Gothic facade, everyone has a secret.

As Ray peels back the layers, he uncovers a growing list of suspects. In order to solve the case, Ray must put himself, and those he cares about, in mortal danger. 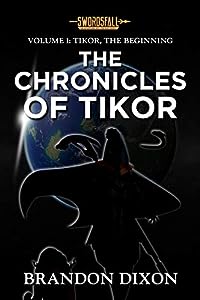 Volume 1: Tikor, the Beginning: A Swordsfall Lore Book (The Chronicles of Tikor)
by Brandon Dixon

Tikor is a world where deities and spirits are as real as the nature that surrounds them.

Since the earliest writings of mankind, the gods have been there with them.

Swordsfall isn’t just a story, it’s a world. It’s a dive into pre-colonial Africa for all the rich lore you’ve never heard of.

It’s an exploration into a world where the majority of the faces are dark, yet isn’t constrained to one corner.

It’s a world where women hold power equal to men and the merit of one’s soul is what propels them through life. It’s a world where spirits aren’t to be feared, they are to be embraced. In a time where we know that representation matters, this project is an effort to add to that spirit in the way I know best.

Enter the world of Tikor, a world of Afropunk. A world that’s never been seen before.

In the beginning… Tikor is a world where deities and spirits are as real as the nature that surrounds us. Since the earliest writings of mankind, the gods have been there alongside humanity. They are a vital part of the makeup of human societies across the globe. In a way, this is to be expected. Humans were in fact created by the gods. Various great deities created cultures of their design and ethos. As time marched forward, these various cultures and groups co-existed. Sometimes contentiously, sometimes harmoniously, but always striving to co-exist.

History, however, would change its course in a single tragic day and the horrific night that followed. Mime, the Garuda deity of Wisdom, is assassinated at the hands of an alleged Vinyatian assassin. Mortal hands had never before slain a deity. As tensions between the rival nations of Garuda and Vinyata soared under a long Tikor night, a bloody battle erupted between the two sides. A truce was called once the truth of the news surrounding the assassination was called into question, but not before irreversible damage to both sides was done.

Despite the armistice between bitter enemies, the wounds of that day will forever linger. The world heaves as the one constant, the gods themselves, waver. 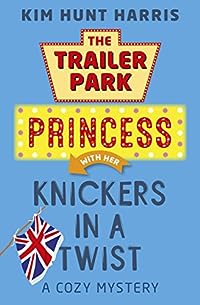 A British silver fox has moved into the Belle Court Retirement Center, and octogenarian amateur sleuth Viv Kennedy is crushing on him hard. Unfortunately, he appears singularly unimpressed with Viv’s overnight adoption of every British phrase she knows (and a few she’s, admittedly, unclear on.) Maybe if she and Salem Grimes can solve the murder of the hotshot TV reporter Peter Browning, she can catch his eye. The fact that Peter’s death has not been ruled a murder is a minor consideration.
Salem is certainly willing to help Viv land Nigel the Brit. After all, it will make her best friend happy. It will also make her husband happy — Tony is under the impression that if Viv finds a man and settles down, Salem will stop chasing bad guys down dark alleys with her. But Salem doesn’t know if that will make her happy. She knows she isn’t really a private detective. Shoot, she isn’t even any good at the chasing bad guys down dark alleys part. But after a lifetime of floundering, she’s finally found something that makes her feel like she’s contributing to the world.
As Salem and Viv do their durndest to tighten a noose around a killer who may or may not exist, along with working “crikey” into every conceivable conversation, Salem finds herself wondering where her gifts are and what God’s plan for her life could possibly be.

The Dancing Bear
by Frances Faviell

‘You don’t want to mind about any of this,’ said the driver, waving a hand at the grey ruins and the greyer dust. ‘In a few days you’ll be so used to it that you’ll like them. Berlin’s a grand place! I’d rather be here than anywhere else in the world, and that’s a fact.’

‘No more perceptive portrait of Germany in defeat has been etched in word than Frances Faviell’s first book, The Dancing Bear, which made so powerful an impact upon me that I read it in a single sitting.’ Guy Ramsey, Daily Telegraph

‘Berlin during the decisive years from 1946 to 1949… The prostitution which paid so handsomely; the black market which brought in rich rewards, although it meant that the Berliners had to part with treasured possessions; the night clubs which catered for still baser tastes; the impoverished intellectuals and the starving professors and the poor who had only their wits with which to eke out a bare sustenance — all this and much else the author describes with insight, incisiveness, and realism.’
Times Literary Supplement