How About Some Sunshine?

I was bullied yesterday. I don’t know the name, but lets just call them Jerk Face. I was working in the garden yesterday, pulling weeds, dead heading plants, and building a little wall between some Lavender and a Sea Holly. I have tried to kill the Sea Holly a few times, but it refuses to leave, so I just build walls to keep it from taking over its neighbors.  I spend enough time in the garden to know each bugs territory. The bumble bees make it very clear to the other bugs where the lines are drawn. They have never given me any trouble, and I find it entertaining to watch them defend their little section of the garden by either chasing after the offending bug, or tackling it like a football player. I have seen more than one ground fight that would put professional wrestlers to shame. Yesterday was different. One honey bee decided that she didn’t want me in her garden. Not her section of the garden, the WHOLE garden. It must have been the warm weather that gave her the extra boost of energy and confidence because she spent most of the afternoon chasing me around, buzzing in my ear and bumping me. What on Earth did I ever do to her?? I dodged her attacks pretty well, but I have work to complete. I certainly hope she is in a better mood today.

Meet Drew Patrick: a smart, tough, and wisecracking detective who doesn’t always play well with others.

A rebellious teen. A notorious crime boss. A private eye looking for justice.

When concerned single-mother Bonnie Ross hires private investigator Drew Patrick, it’s because she fears a boy is leading her daughter Tina down the wrong path. The truth is much worse. Tina’s boyfriend Aaron is working for a notorious crime boss whose brutal henchmen are leaving dead bodies in their wake. The danger intensifies as Aaron is pulled deeper into their crimes, and Drew must fight off the thugs sent to end his investigation. But there is no backing down as Drew must race against the clock to try to save Aaron from becoming the next murder victim.

Get Chasing Shadows today and start the pulse-pounding adventure of action, suspense, and crackling dialogue! 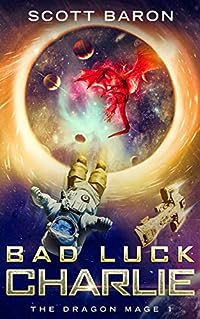 Charlie Gault had all the luck. Unfortunately, it wasn’t the good kind.

It was looking like Lady Luck had quite a grudge against him. In fact, at this point merely crashing the multi-billion-dollar ship he had helped design would have felt like winning the lottery compared to his current dilemma. If only he were so lucky.

Things had started off all right–that is, until a freak wormhole unexpectedly swallowed his ship, leaving him stranded on an unknown planet far, far from home. With the crew’s lives at stake, Charlie had no choice but to stop his whining, put on his big boy pants, and step up to save them all, and much to his surprise, it actually looked like he might succeed. Of course, that was when things really went sideways in ways that made merely crashing on an uncharted planet seem like a walk in the park.

Suddenly faced with alien space pirates, talking dragons, and something that seemed very much like magic, Charlie found himself adrift, feeling like a space age Robinson Crusoe–only his man Friday was a blue-skinned alien, and this wasn’t just a desert island. It was a whole new galaxy. 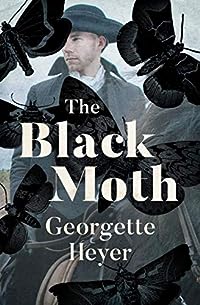 The Black Moth
by Georgette Heyer

The debut novel from the beloved New York Times-bestselling “Queen of the Regency Romance” (Lauren Willig).

Accused of cheating at cards, Jack Carstares left England seven long years ago, sacrificing his honor for that of the actual culprit: his eldest brother. Disgraced, Jack turned his talents toward becoming a highwayman, an occupation he has no intention of giving up upon his return to his beloved South Country.

Determined not to claim his title as the rightful Earl of Wyndham, Jack roams the countryside on horseback. Encountering his old adversary, the notorious Duke of Andover, also known as the Black Moth, Jack thwarts the attempted abduction of the lovely, dark-haired Diana Beauleigh.

More determined than ever to have her, the duke continues to pursue Diana, but she is not about to surrender her virtue to him, having lost her heart to the mysterious outlaw who rescued her. If he can defeat the Black Moth for good, Jack may finally reclaim his honor — and bridge the gap between his tarnished past and his hope for Diana’s hand…
Written when Georgette Heyer was only seventeen, in an attempt to entertain her younger brother, this Georgian-era romance continues to captivate readers to this day. 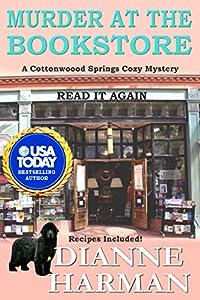 A woman’s dream, a warning, a murder, but it’s the wrong person.

When a mistaken identity murder happens at her sister’s bookstore in Cottonwood Springs, Brigid has no choice. She has to find the person who intended to murder her sister.

Not everyone liked her sister, Fiona. Several people could have done it including the competing bookstore owner, the religious fanatic, the psychic, and her landlady. Now all Brigid has to do is figure out if it was one of them or just a random event.

Sometimes it’s a good thing to have a 125-pound Newfoundland dog for a pet, particularly when the creek runs deep and fast.

This is the third book in the Cottonwood Springs series by two-time USA Today Bestselling Author, and one guaranteed to bring a smile to your face and leave a warm feeling in your heart. 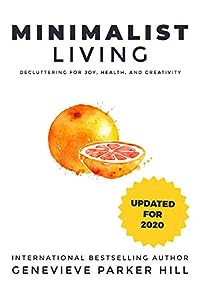 Most of us know the weight of too much stuff. We can avoid it for a while, but when it’s time to move house or reorganize, we can’t escape facing our clutter.

Your excess stuff can hold you back and make you sick. Having stuff we don’t use or enjoy is a burden, a waste of money, and importantly, it doesn’t spark joy. If your rooms, closets, and surfaces are filled with clutter, all your unneeded possessions can get in the way of a full experience of life as it was meant to be lived.

MINIMALIST LIVING covers not only techniques for decluttering, but how doing so can fill your newfound space with meaningful and creative activities that add joy to your life and support your goals.

You have the power to bring serenity, clarity, creativity, and more joy to your life with minimalist living. This book, now updated for 2020, will show you how.

In MINIMALIST LIVING, you will discover:

• Why you should define your own sense of minimalism

• How to create your “Minimalist Mission Statement”

• How to use the techniques of “blazing” and “gazing” to declutter

• Why decluttering now can lead to a happier, healthier, and more creative life

• How to deal with sentimental items without losing their meaning

If you want to experience the powerful de-stressing and pro-health benefits of minimalism, get this book now.