Is it normal to have to wear a bee suit while gardening? Asking for a friend. Okay… I’m the friend. I planted bee friendly plants, but I just assumed they would be friendly bees. Wouldn’t you be in a good mood if someone made a special place for you? Hmph!! I’m off to water the garden..gotta put on the suit. (meanie bees) 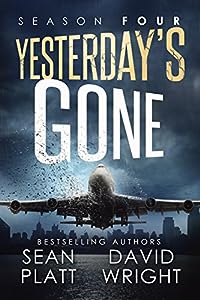 How do you live a normal life when you’ve been through hell?

More than a year has passed since The Event, and the survivors who returned home are trying to stitch their lives back together.

They think they are safe. But it’s a lie.

The Darkness has followed them, and this time It’s amassing an army of allies. While key officials at Black Island fight to keep the secret, the survivors’ lives converge again. Confused by terrifying visions and unpredictable rampages, they seek help wherever they can find it.

A set of alien vials holds the key to their survival, and the world’s fate. Can the survivors find the vials before getting swallowed by The Darkness?

WARNING: This is a post-apocalyptic horror story where bad people do evil things, and as such, this series features disturbing scenes and foul language. While it is all within the context of the story, some listeners may find this content offensive.

The Big Vermont Bake-off is in trouble…
… its sassy celebrity judge was found dead in the lake.

If somebody doesn’t catch the killer, the event will have to close for the year and possibly forever.

Lucky for the Bake-off, Miss May, Teeny and Chelsea are in town. These wise-cracking sleuths are fresh off solving their first murder. They’re sure they can solve this mystery before the dough begins to rise.

But can they do it before the Bake-off in 24 hours? The quirky town of Chester, Vermont is new to the girls. There are lots of suspects but there’s very little time to work.

Could it be the suspicious diner owner, who is oddly obsessed with French Toast?

What about the scorned lover, who walks all through town with a cat on a leash?

Read this short, clean cozy to find out.

You’ll love book 1.5 in this cozy mystery series because it’s cute and fun, but the mystery keeps you turning the pages.

After the death of his father and brother, Thomas’ mother simply could take no more. She abandoned him, left him alone to fend for himself on the streets of Chicago in the aftermath of the Great Depression. If Charlie had not found Thomas, he very well could have died.
At first, Thomas felt safe living in “The Orphanage” with Charlie, his friend Jack, and other boys his age. Charlie was the closest thing to a father Thomas had. But since Charlie started drinking again, a newfound madness has overcome him, and Thomas needs to get away.
Ten years after the tragic death of his father and brother, and a final beating from Charlie, 15-year-old Thomas decides it is time to go through with his plan and get out of the city. Armed with his thieving skills and gunny sack, he sets off toward California, and a brand new life.
Within only a few hours of leaving “The Orphanage,” Thomas hooks up with a 3-foot-tall, fearless, furry companion. The two unknowingly find themselves on the trail of Thomas’ mother, which turns out to be more dangerous than they ever could have imagined. On his journey, Thomas meets several interesting characters, and learns more about himself, about his real connection with Charlie, and about what really happened to his mother.
Runaway is an adventurous, fictional story that is built for middle-grade readers. It has also found popularity among all readers between the ages of 9 and 99. 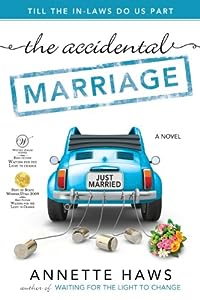 The Accidental Marriage
by Annette Haws

“Elliot was taller than Nina was, but not by much, and her blocky heels gave her the inch or two needed to engage him eye to eye. ‘I am woman. Hear me roar. Welcome to the seventies,’ she said.”

Standing on a Scottish tower high above the North Sea, Nina Rushforth gazed into the eyes of a lanky young man and made a big mistake — she fell in love. Six months later, she’s back in Utah with a ring on her finger, standing in front of a classroom of farm kids, discussing the dangers of dangling participles.
Instead of the sophisticated life she had imagined, Nina is keeping house in a minuscule apartment and living with a young husband who knows nothing more about being married than she does. Beset with cooking mishaps, lesson plans, and interfering in-laws, the newlyweds find themselves teetering on the brink of disaster — and neither knows know how to stop from going over the edge.
Award-winning author Annette Haws brilliantly captures the comic strife of young LDS love caught in the turbulent social crosscurrents of the 1970s. As Nina and her husband struggle with these first-year missteps, they must learn to trust the love that brought them together. 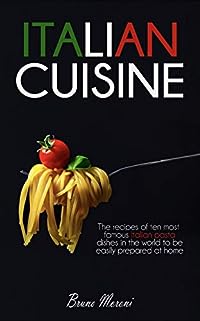 ITALIAN CUISINE: The recipes of ten most famous italian dishes in the world to be easily prepared at home
by Bruno Moroni

ITALY HAS A GREAT PASTA TRADITION. Ten pasta recipes in a detailed recipe book both in the ingredients and in the indications, simple and essential to consult. You will find the dishes photos and also the wine pairings for each of them.
Ingredients used are the genuine materials that are produced in the regions and territories of the Belpaese.
In Italy, there are many pasta dishes, depending on the region or city we are talking about, but these ten dishes are, in my opinion, the best known and representative of the culture and tradition of the peninsula.
I leave you this recipe book and I hope you can cook delicious dishes and that you can enjoy making them.