I got a shock today. This Sunday is Mother’s Day. That one completely snuck up on me.  Kinda weird not to get any handmade gifts from my baby bassets. Maybe I should come up with my own craft for the kids to make. Problem is, I am horrible at kids crafts. I have always depended on the school to do that. Now the homeschooling thing is hitting me hard. This year the parents will have to get the kid’s the Mother’s Day gift together. I know a lot of you are crafty. What are you guys doing? Suggestions please. I NEED HELP!!!

He’s taking back his honor, his freedom, and the woman he loves.

Rafe Montfort was a decorated Green Beret, the best of the best, until a disastrous mission and an unforgivable betrayal destroyed his life. Now, this deadly soldier has returned to the sultry Georgia swamps to reunite with his brothers, and take back all he lost. But Juliet must never know the truth behind what he’s done… or the dangerous secret that threatens to take him from her forever.

It took Juliet Capel eight long years to put her life back together after her husband was taken from her. Now Rafe is back, determined to protect her at any cost, and it’s not just her heart that’s in danger. The swamps hold a secret long buried and far deadlier than either of them could have imagined. 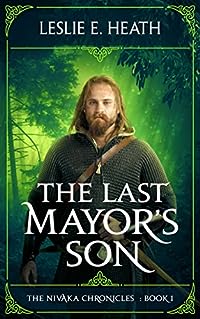 The forgotten son has grown to a man.

A shocking letter changes Aibek’s life forever. His parents are dead. All his years of planning his future have gone up in smoke. The letter’s author wants him to lead a charge for freedom. Aibek isn’t sure he can live up to their expectations.

Far to the south, life is changing. The villagers in Nivaka have overthrown a brutal invader, but the enemy won’t let them live in peace. They want to build a force of warriors to defend their homes, but there aren’t enough of them. They don’t stand a chance against a trained force.

Aibek journeys south to his parents’ ancestral home, determined to build an army and help the people preserve their tenuous freedom, but finds danger lurking behind every bush.

But not everyone is happy he’s come. If he cannot find the courage to lead his newfound friends to freedom, he will inadvertently help the enemy grip the forest in an ever-tightening grasp. 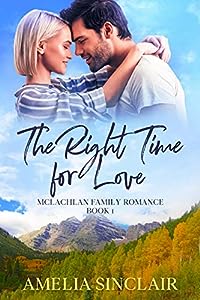 You never forget your first kiss…
Hannah Hayes loves her quiet life in Minnow, Montana, but when a lightning strike damages the town hall clocktower, Hannah is put in charge of hiring a contractor for the repairs. She knows the best choice is someone the town is slow to accept, but he’s also the guy Hannah has tried for years to forget.

Jeremy McLachlan is hesitant to return to Minnow. His parents’ divorce rocked the small town and left lots of bitterness, so he only goes back for the occasional visit to his grandma. But the familiar voice on the other end of the phone is intriguing enough that he accepts the clocktower project.

When Hannah is also given the responsibility to start a fundraiser for the repair costs, she gets even closer with Jeremy. Her instinct is not to trust him, from personal teenage experience, but she can’t help wishing he would come back for good, that she could be his reason to stay. 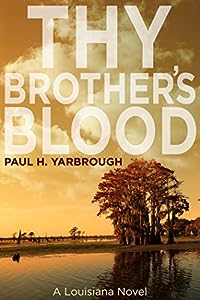 Thy Brother’s Blood: A Louisiana Novel
by Paul H. Yarbrough

Louisiana’s rich history weaves throughout the lives of the McKinzie brothers, Travis and Forrest. Their great grandpa McKinzie left his Louisiana sugar cane plantation to fight and die in the War Between the States. When the war ended, reconstruction, taxes and floods whittled the three-thousand-acre family farm down to almost nothing.

After the mysterious drowning of their daddy and younger brother in the swamp, the two boys turn to their remaining father figures, Paw Paw and the Judge. Now, with the onset of economic depression, Travis and Forrest McKinzie struggle to maintain what’s left of their land and their culture as the industrialized world encroaches onto their agrarian roots.

Covering three generations of the McKinzie family, amidst conflict over civil rights, land usage and foreign wars that take the best of Southern blood, Travis and Forrest cling to their rich heritage as it is stripped from them.

Follow Tommy Jacks, a recent journalism grad, as he becomes involved in his first newspaper job in middle America during the tumultuous 1960s. Within days of Tommy being on the job, a reporter from the competing newspaper is found dead at the state capitol. Tommy’s beat is politics but he cannot ignore the murder of a fellow reporter right under his nose. His quest begins. Tommy’s dad had been a leader in politics until he was framed and went to prison. The connection with his dad had led him to the OK Journal, a fledgling newspaper competing with a well-established media giant. It was the owner of that powerful newspaper who had his dad framed and tossed into prison. As the story develops we are introduced to an amazing cast of characters: Ray Jacks, Tommy’s dad, Taylor Albright, mentor and tormentor; the Gilmores, father and son, who run the entire state, Joe Louongo, Attorney and oddball–and many more; including Judy Jackson, Tommy’s soon to be girlfriend and a co-worker at the capitol.Mystery, adventure, and some romance come together in this story of personal growth and great tragedy. This is the first book in the Muckraker Trilogy which leads Tommy into the complicated world of state politics and the newspaper business.