How about some amazing Popular Price Drops to make your day awesome? 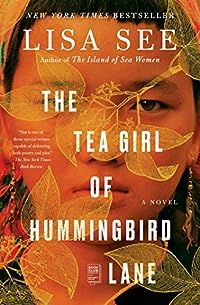 The Tea Girl of Hummingbird Lane: A Novel
by Lisa See

From #1 New York Times bestselling author Lisa See, “one of those special writers capable of delivering both poetry and plot” (The New York Times Book Review), a moving novel about tradition, tea farming, and the bonds between mothers and daughters.

In their remote mountain village, Li-yan and her family align their lives around the seasons and the farming of tea. For the Akha people, ensconced in ritual and routine, life goes on as it has for generations — until a stranger appears at the village gate in a jeep, the first automobile any of the villagers has ever seen.

The stranger’s arrival marks the first entrance of the modern world in the lives of the Akha people. Slowly, Li-yan, one of the few educated girls on her mountain, begins to reject the customs that shaped her early life. When she has a baby out of wedlock — conceived with a man her parents consider a poor choice — she rejects the tradition that would compel her to give the child over to be killed, and instead leaves her, wrapped in a blanket with a tea cake tucked in its folds, near an orphanage in a nearby city.

As Li-yan comes into herself, leaving her insular village for an education, a business, and city life, her daughter, Haley, is raised in California by loving adoptive parents. Despite her privileged childhood, Haley wonders about her origins. Across the ocean Li-yan longs for her lost daughter. Over the course of years, each searches for meaning in the study of Pu’er, the tea that has shaped their family’s destiny for centuries.

A powerful story about circumstances, culture, and distance, The Tea Girl of Hummingbird Lane paints an unforgettable portrait of a little known region and its people and celebrates the bond of family. 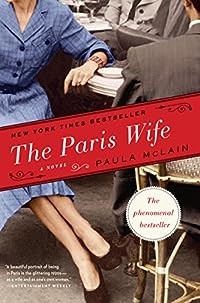 The Paris Wife: A Novel
by Paula McLain

NEW YORK TIMES BESTSELLER ? “A beautiful portrait of being in Paris in the glittering 1920s — as a wife and as one’s own woman.” — Entertainment Weekly

A deeply evocative story of ambition and betrayal, The Paris Wife captures the love affair between two unforgettable people: Ernest Hemingway and his wife Hadley.

Chicago, 1920: Hadley Richardson is a quiet twenty-eight-year-old who has all but given up on love and happiness — until she meets Ernest Hemingway. Following a whirlwind courtship and wedding, the pair set sail for Paris, where they become the golden couple in a lively and volatile group — the fabled “Lost Generation” — that includes Gertrude Stein, Ezra Pound, and F. Scott Fitzgerald.

Though deeply in love, the Hemingways are ill prepared for the hard-drinking, fast-living, and free-loving life of Jazz Age Paris. As Ernest struggles to find the voice that will earn him a place in history and pours himself into the novel that will become The Sun Also Rises, Hadley strives to hold on to her sense of self as her roles as wife, friend, and muse become more challenging. Eventually they find themselves facing the ultimate crisis of their marriage — a deception that will lead to the unraveling of everything they’ve fought so hard for.

A heartbreaking portrayal of love and torn loyalty, The Paris Wife is all the more poignant because we know that, in the end, Hemingway wrote that he would rather have died than fallen in love with anyone but Hadley.

Winter is coming. Such is the stern motto of House Stark, the northernmost of the fiefdoms that owe allegiance to King Robert Baratheon in far-off King’s Landing. There Eddard Stark of Winterfell rules in Robert’s name. There his family dwells in peace and comfort: his proud wife, Catelyn; his sons Robb, Brandon, and Rickon; his daughters Sansa and Arya; and his bastard son, Jon Snow. Far to the north, behind the towering Wall, lie savage Wildings and worse — unnatural things relegated to myth during the centuries-long summer, but proving all too real and all too deadly in the turning of the season.

Yet a more immediate threat lurks to the south, where Jon Arryn, the Hand of the King, has died under mysterious circumstances. Now Robert is riding north to Winterfell, bringing his queen, the lovely but cold Cersei, his son, the cruel, vainglorious Prince Joffrey, and the queen’s brothers Jaime and Tyrion of the powerful and wealthy House Lannister — the first a swordsman without equal, the second a dwarf whose stunted stature belies a brilliant mind. All are heading for Winterfell and a fateful encounter that will change the course of kingdoms.

Meanwhile, across the Narrow Sea, Prince Viserys, heir of the fallen House Targaryen, which once ruled all of Westeros, schemes to reclaim the throne with an army of barbarian Dothraki — whose loyalty he will purchase in the only coin left to him: his beautiful yet innocent sister, Daenerys. 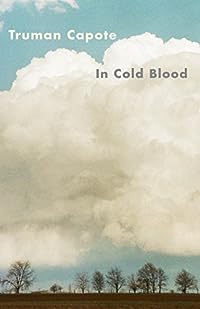 The most famous true crime novel of all time and one of the first non-fiction novels ever written; In Cold Blood is the bestseller that haunted its author long after he finished writing it.

On November 15, 1959, in the small town of Holcomb, Kansas, four members of the Clutter family were savagely murdered by blasts from a shotgun held a few inches from their faces. There was no apparent motive for the crime, and there were almost no clues.

As Truman Capote reconstructs the murder and the investigation that led to the capture, trial, and execution of the killers, he generates both mesmerizing suspense and astonishing empathy. In Cold Blood is a work that transcends its moment, yielding poignant insights into the nature of American violence. 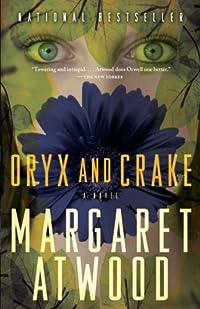 Oryx and Crake is at once an unforgettable love story and a compelling vision of the future. Snowman, known as Jimmy before mankind was overwhelmed by a plague, is struggling to survive in a world where he may be the last human, and mourning the loss of his best friend, Crake, and the beautiful and elusive Oryx whom they both loved. In search of answers, Snowman embarks on a journey-with the help of the green-eyed Children of Crake-through the lush wilderness that was so recently a great city, until powerful corporations took mankind on an uncontrolled genetic engineering ride. Margaret Atwood projects us into a near future that is both all too familiar and beyond our imagining. 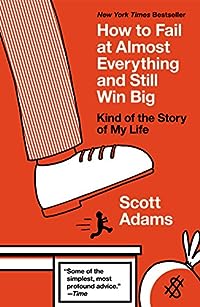 How to Fail at Almost Everything and Still Win Big: Kind of the Story of My Life
by Scott Adams

Blasting clichéd career advice, the contrarian pundit and creator of Dilbert recounts the humorous ups and downs of his career, revealing the outsized role of luck in our lives and how best to play the system.

Scott Adams has likely failed at more things than anyone you’ve ever met or anyone you’ve even heard of. So how did he go from hapless office worker and serial failure to the creator of Dilbert, one of the world’s most famous syndicated comic strips, in just a few years? In How to Fail at Almost Everything and Still Win Big, Adams shares the game plan he’s followed since he was a teen: invite failure in, embrace it, then pick its pocket.

No career guide can offer advice that works for everyone. As Adams explains, your best bet is to study the ways of others who made it big and try to glean some tricks and strategies that make sense for you. Adams pulls back the covers on his own unusual life and shares how he turned one failure after another — including his corporate career, his inventions, his investments, and his two restaurants — into something good and lasting. There’s a lot to learn from his personal story, and a lot of entertainment along the way. Adams discovered some unlikely truths that helped to propel him forward. For instance:

Goals are for losers. Systems are for winners.
“Passion” is bull. What you need is personal energy.
A combination of mediocre skills can make you surprisingly valuable.
You can manage your odds in a way that makes you look lucky to others.

Adams hopes you can laugh at his failures while discovering some unique and helpful ideas on your own path to personal victory. As he writes: “This is a story of one person’s unlikely success within the context of scores of embarrassing failures. Was my eventual success primarily a result of talent, luck, hard work, or an accidental just-right balance of each? All I know for sure is that I pursued a conscious strategy of managing my opportunities in a way that would make it easier for luck to find me.” 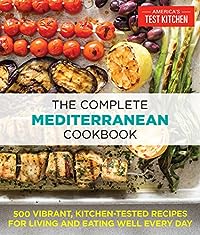 Bring the Mediterranean–from Italy and Greece, to Morocco and Egypt, to Turkey and Lebanon–into your kitchen with more than 500 fresh, flavorful recipes. This comprehensive cookbook translates the famously healthy Mediterranean diet for home cooks with a wide range of creative recipes, many fast enough to be made on a weeknight, using ingredients available at your local supermarket.

The structure of the book follows the guidelines of the Mediterranean Diet Pyramid. You’ll find large chapters devoted to Beans and to Vegetables, the Seafood Chapter is larger than Poultry and Meat, and the Fruits and Sweets chapter, while shorter, is packed with recipes you can truly feel good eating.