I do not get the Best Mom in the World award today. I had to take my youngest basset to the doctor’s office to get updated on his shots for school. I thought he was only getting one easy one. I had no clue he would be getting three pretty painful shots. With my poor sweet baby looking right at me, the nurse hands me three papers describing the shots. When I saw what he was in for, the look on my face was clearly an “OH NO” reaction. This did not give my sweet baby a good feeling. In fact he started to cry and I could see him thinking about making a run for it. After some bargaining, I convinced him to get the shots. I am sure I will be on his Bad Mom list for at least a week. 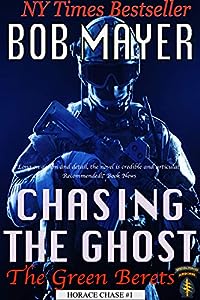 From the streets of Boulder, to the highest railroad tunnel in the world, to a swingers club hiding in plain site in suburbia, Afghanistan starts to look pretty good to Chase. 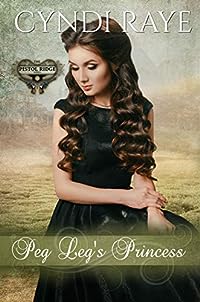 A man struggling with his past – A woman determined to help him overcome his pain – Outside forces that may destroy everything. Can they overcome these obstacles for love?

Josephine Johnson is determined to get away from her gambling step-father who lost her family home – the Union Station Inn. When she sees an advertisement for a cook in Montana Territory, she recognizes the name Zebediah Harris, a wounded civil war veteran who never came back to their small town. When she decides to leave to take the job as cook, she brings something with her that may very well land her in jail.

Zebediah Harris, or, Peg Leg, as everyone calls him, doesn’t believe he is good enough for anyone. He claims there isn’t a woman within ten miles who would want a one-legged man. When the cook they hire for the Pistol Springs Resort shows up, it turns out Joe was actually Jo, or Josephine, a woman he had saved from drowning years ago.

With Josephine hiding something that doesn’t belong to her and Peg Leg determined to live life without love, can the two make things right in order to find love?

Or, will all hell breask loose in the town of Pistol Ridge once again? 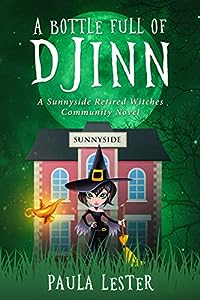 Zoey Rivers loves her job as Head of Staff at Sunnyside Retired Witches Community. She’s good at handling the magical messes that are part and parcel of providing a home for elderly (and some slightly senile) witches.

But when the messes turn from slightly sloppy to hugely horrible, Zoey realizes there’s more involved than just her residents.

If she doesn’t figure out who’s causing havoc at the Home, the place might not be standing for much longer.

If you love crime capers with magic, mayhem, and mystery, you’ll adore Zoey Rivers and her comical crew of witch retirees who don’t have quite as good a handle on their powers as they used to.

Please note: This book is a crime caper, not a murder mystery. 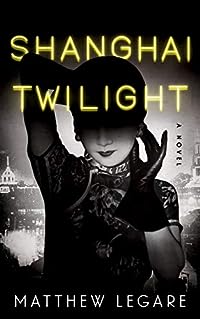 As tensions between Japan and China reach a boiling point, Chinese-American expat Tom Lai has troubles of his own. A successful nightclub owner and supporter of the Chinese Nationalist Party, he’s about to start a new life with his mistress, the glamorous Mei-chen. But when Shanghai’s crime syndicate – the infamous Green Gang – accuses Tom of being a Japanese spy, he’s given just forty-eight hours to prove his innocence or face a gruesome death.

Scouring glitzy and decadent Shanghai, Tom uncovers evidence suggesting that his best friend – an American Consulate officer – is the real spy. But in the netherworld of espionage, he’s unsure what to believe anymore. Tom will have to rely on an ally in the Chinese Army, his personal bodyguard, and Mei-chen to clear his name and survive. However, he’ll also have to avoid corrupt cops, Japanese agent provocateurs, and a sadistic Chinese gangster, while a full-scale war threatens to engulf the entire city.

Shanghai Twilight is a fast-paced noir thriller, about a man and a city, both running out of time. 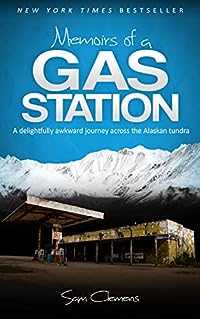 Memoirs of a Gas Station: A Delightfully Awkward Journey Across the Alaskan Tundra
by Sam Clemens

Early one May, Sam Clemens arrived in the breathtaking wilderness of Denali, Alaska with a smile on his face and adventure in his heart. But less than 24 hours later, both had evaporated as he stood behind the counter of a filthy gas station — his new place of employment — and tried to piece together what exactly had gone wrong.

MEMOIRS OF A GAS STATION is a New York Times bestselling personal account of a summer trapped in a convenience store on the edge of Denali National Park. It is a hilarious journey across the Alaskan tundra and headlong into the ridiculous world of seasonal employment. The summer began with shock, horror, and denim shirts as Sam struggled to accept his new role as a gas station employee. To escape it, he took to the forests of Denali at every free moment, soon finding himself face-to-face with an angry adult moose, shivering numb trying to last the night on a frigid mountainside, and being seduced by a Mormon divorcee.

In a style that recalls the honest, introspective humor of authors like Bill Bryson and Chuck Klosterman, MEMOIRS OF A GAS STATION takes you on a raucous ride through the best and worst summer of one man’s life. From booze-soaked employee parties to one very awkward romantic episode in a tree house, Sam learned more than he ever planned about the Last Frontier. But weekends spent stumbling through seedy Alaskan bars and hitch-hiking to remote destinations gave him a unique perspective on life, and led him to find friendship, adventure, and love in the most unexpected places.