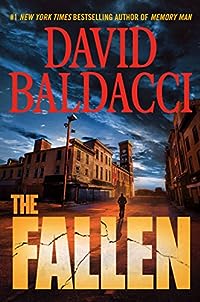 Star FBI detective Amos Decker and his colleague Alex Jamison must solve four increasingly bizarre murders in a dying rust belt town–and the closer they come to the truth, the deadlier it gets in this rapid-fire #1 New York Times bestseller.

Something sinister is going on in Baronville. The rust belt town has seen four bizarre murders in the space of two weeks. Cryptic clues left at the scenes–obscure bible verses, odd symbols–have the police stumped.

Amos Decker and his FBI colleague Alex Jamison are in Baronville visiting Alex’s sister and her family. It’s a bleak place: a former mill and mining town with a crumbling economy and rampant opioid addiction. Decker has only been there a few hours when he stumbles on a horrific double murder scene.

Then the next killing hits sickeningly close to home. And with the lives of people he cares about suddenly hanging in the balance, Decker begins to realize that the recent string of deaths may be only one small piece of a much larger scheme–with consequences that will reach far beyond Baronville.

Decker, with his singular talents, may be the only one who can crack this bizarre case. Only this time–when one mistake could cost him everything–Decker finds that his previously infallible memory may not be so trustworthy after all… 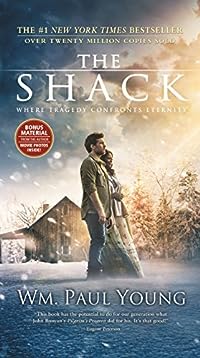 The Shack
by William P. Young

After his daughter’s murder, a grieving father confronts God with desperate questions — and finds unexpected answers — in this riveting and deeply moving #1 NYT bestseller.
When Mackenzie Allen Phillips’s youngest daughter Missy is abducted during a family vacation, he remains hopeful that she’ll return home. But then, he discovers evidence that she may have been brutally murdered in an abandoned shack deep in the Oregon wilderness.
Four years later, in this midst of his great sadness, Mack receives a suspicious note that’s supposedly from God, inviting him back to that shack for a weekend. Against his better judgment, he arrives on a wintry afternoon and walks back into his darkest nightmare. What he finds there will change his life forever. 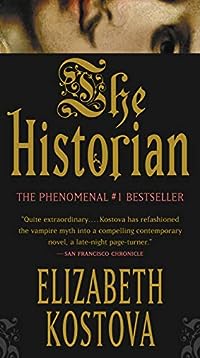 The Historian
by Elizabeth Kostova

To you, perceptive reader, I bequeath my history… Late one night, exploring her father’s library, a young woman finds an ancient book and a cache of yellowing letters. The letters are all addressed to “My dear and unfortunate successor,” and they plunge her into a world she never dreamed of-a labyrinth where the secrets of her father’s past and her mother’s mysterious fate connect to an inconceivable evil hidden in the depths of history.

The letters provide links to one of the darkest powers that humanity has ever known-and to a centuries-long quest to find the source of that darkness and wipe it out. It is a quest for the truth about Vlad the Impaler, the medieval ruler whose barbarous reign formed the basis of the legend of Dracula. Generations of historians have risked their reputations, their sanity, and even their lives to learn the truth about Vlad the Impaler and Dracula. Now one young woman must decide whether to take up this quest herself-to follow her father in a hunt that nearly brought him to ruin years ago, when he was a vibrant young scholar and her mother was still alive. What does the legend of Vlad the Impaler have to do with the modern world? Is it possible that the Dracula of myth truly existed-and that he has lived on, century after century, pursuing his own unknowable ends?

The answers to these questions cross time and borders, as first the father and then the daughter search for clues, from dusty Ivy League libraries to Istanbul, Budapest, and the depths of Eastern Europe. In city after city, in monasteries and archives, in letters and in secret conversations, the horrible truth emerges about Vlad the Impaler’s dark reign-and about a time-defying pact that may have kept his awful work alive down through the ages.Parsing obscure signs and hidden texts, reading codes worked into the fabric of medieval monastic traditions-and evading the unknown adversaries who will go to any lengths to conceal and protect Vlad’s ancient powers-one woman comes ever closer to the secret of her own past and a confrontation with the very definition of evil.

Elizabeth Kostova’s debut novel is an adventure of monumental proportions, a relentless tale that blends fact and fantasy, history and the present, with an assurance that is almost unbearably suspenseful-and utterly unforgettable.