A whole lot of excitement for a Monday! 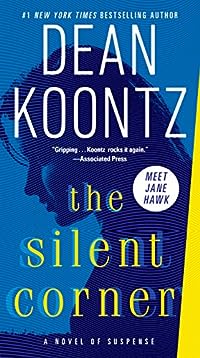 The Silent Corner: A Novel of Suspense (A Jane Hawk Novel Book 1)
by Dean Koontz

Meet Jane Hawk — a remarkable new heroine certain to become an icon of suspense. “This gripping thriller grabs readers from the first few pages and sweeps them along to the rousing finale.” — Booklist

“I very much need to be dead.”

These are the chilling words left behind by a man who had everything to live for — but took his own life. In the aftermath, his widow, Jane Hawk, does what all her grief, fear, and fury demand: find the truth, no matter what.

People of talent and accomplishment, people admired and happy and sound of mind, have been committing suicide in surprising numbers. When Jane seeks to learn why, she becomes the most-wanted fugitive in America. Her powerful enemies are protecting a secret so important — so terrifying — that they will exterminate anyone in their way.

But all their power and viciousness may not be enough to stop a woman as clever as they are cold-blooded, as relentless as they are ruthless — and who is driven by a righteous rage they can never comprehend. Because it is born of love. 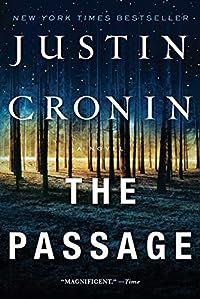 The Passage: A Novel (Book One of The Passage Trilogy)
by Justin Cronin

NEW YORK TIMES BESTSELLER ? This thrilling novel kicks off what Stephen King calls “a trilogy that will stand as one of the great achievements in American fantasy fiction.”

“It happened fast. Thirty-two minutes for one world to die, another to be born.”

An epic and gripping tale of catastrophe and survival, The Passage is the story of Amy — abandoned by her mother at the age of six, pursued and then imprisoned by the shadowy figures behind a government experiment of apocalyptic proportions. But Special Agent Brad Wolgast, the lawman sent to track her down, is disarmed by the curiously quiet girl and risks everything to save her. As the experiment goes nightmarishly wrong, Wolgast secures her escape — but he can’t stop society’s collapse. And as Amy walks alone, across miles and decades, into a future dark with violence and despair, she is filled with the mysterious and terrifying knowledge that only she has the power to save the ruined world. 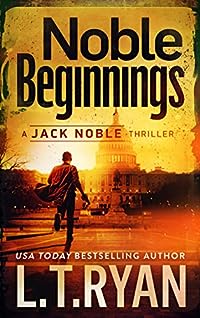 The CIA created him.
He sacrificed everything for his country.
Now the agency that unleashed him wants him dead.

With over 2 million copies sold and thousands of five-star reviews, the Jack Noble thriller series by USA Today & Amazon bestselling author L.T. Ryan will keep you up all night and leave you beggoing for more.

With the world focused on Afghanistan, Jack Noble finds himself on the outskirts of Baghdad, Iraq. A Marine in name only, Jack is on-loan to the CIA. Normally an integral part of the team, he finds that he is nothing more than a security detail in Iraq.

Jack and his partner Bear Logan have a run-in with four CIA special agents over the treatment of an Iraqi family. Within hours Jack and Bear are detained.

All Jack wanted was to finish his enlistment and move on with his life. All he did was intervene and save a family from unwarranted violence at the hands of four CIA agents. But he soon discovers that he did far more than intervene. He has placed himself dead square in the middle of a conspiracy that reaches the highest levels of the U.S. government.

Noble Beginnings is the first book in the USA Today & Amazon million plus copy bestselling Jack Noble thriller series. This fast-paced political crime thriller with over 1600-5 star reviews by USA Today bestselling author L.T. Ryan will have you burning through the pages late into the night as Jack Noble races to stop the conspiracy before it claims his life.

Other Books in the Jack Noble Series of Political and Action Thrillers
Noble Beginnings is the first of twelve Jack Noble thriller books. In addition, a recently released prequel, and four series spin-offs are available. The series has earned thousands of five-star reviews, and has been downloaded over two-million times to Kindles around the world. 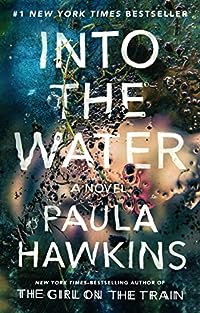 Into the Water: A Novel
by Paula Hawkins

An addictive new novel of psychological suspense from the author of #1 New York Times bestseller and global phenomenon The Girl on the Train.

“Hawkins is at the forefront of a group of female authors — think Gillian Flynn and Megan Abbott — who have reinvigorated the literary suspense novel by tapping a rich vein of psychological menace and social unease… there’s a certain solace to a dark escape, in the promise of submerged truths coming to light.” — Vogue

A single mother turns up dead at the bottom of the river that runs through town. Earlier in the summer, a vulnerable teenage girl met the same fate. They are not the first women lost to these dark waters, but their deaths disturb the river and its history, dredging up secrets long submerged.

Left behind is a lonely fifteen-year-old girl. Parentless and friendless, she now finds herself in the care of her mother’s sister, a fearful stranger who has been dragged back to the place she deliberately ran from — a place to which she vowed she’d never return.

With the same propulsive writing and acute understanding of human instincts that captivated millions of readers around the world in her explosive debut thriller, The Girl on the Train, Paula Hawkins delivers an urgent, twisting, deeply satisfying read that hinges on the deceptiveness of emotion and memory, as well as the devastating ways that the past can reach a long arm into the present.

Beware a calm surface — you never know what lies beneath.