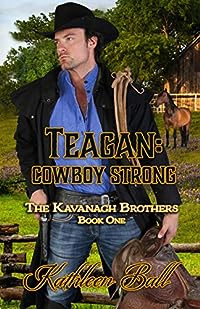 The day Teagan Kavanagh proposed he was told to leave and never come back. That was before the Civil War. Now Teagan is puzzled as to why the Maguire cattle are on his ranch. He rides to their ranch and finds Gemma alone, living in a falling down house. He is further confused when she accuses him of buying her ranch and having her evicted.

Gemma Maguire held on during the war, doing without, she paid off the mortgage on the ranch. Now she’s told that her husband Richard gambled away everything she had and to make matters worse, he was already married. Without a safe to live, she goes to the Kavanagh Ranch.
Gemma is determined to marry a widower with children who might be desperate to overlook her mistake in marrying. She’s hoping for a marriage of convenience; she’s never going to allow another man to touch her. Everywhere she goes, Teagan is there, and she’s had enough.

Old family secrets and hard to believe truths keep Gemma and Teagan apart but there is an incredible pull between their hearts. Can they have a second chance at love, or will this cowboy never get his bride? 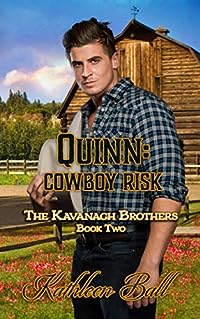 Quinn Kavanagh is never going to risk his heart again. In fact, he doesn’t think he has a heart anymore. Everything he thought to be true wasn’t and now he is traveling trying to find a place where he fits.

Heaven Burke is about to be shot when Quinn arrives. He saves her then and again later that day in a shootout. A group of men don’t like that she rescues black boys who have nowhere to go. She can’t stay in her house it isn’t safe for her, her children or the baby that is due in a few months.

Quinn takes her to the Kavanagh ranch and fights fiercely to resist her goodness and her adorable children. Working together to make sure no child is sold or left to die they are constantly together.

Heaven has a heavy burden. She’s afraid of Quinn’s reaction when he finds out who fathered her baby. He knows the men in town taught her a lesson and left her for dead. She must tell him before he gets too attached and both of their hearts are broken. He is certain to walk away. 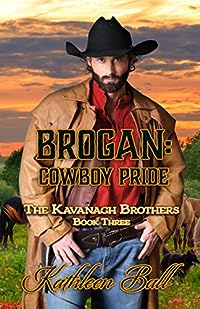 Cowboy Brogan Kavanagh wants nothing better than to be left alone. Unfortunately, he’s left with no option and helps two women travelers. The Oldest spitfire, Ciara doesn’t trust him one bit and is constantly on her guard. Brogan is both amused and insulted by her attempts to keep him at arm’s length. He doesn’t want a woman in his life. What could go wrong?

Ciara Doyle has the weight of the world laying heavily on her shoulders. She is trying to get her and her sister Orla back to St. Louis after her parents died along the Oregon Trail. One wrong turn after another led her to Texas. Orla had been in an accident when she was fourteen and in her mind, she is forever fourteen.

They stop their wagon at a downed fence trying to make a plan but they are caught by Brogan who accuses them of ruining the fence to steal his horses. He realizes they are just down on their luck and short on supplies.

Brogan invites them to bring their wagon close to the house. Ciara accepts but with conditions. They will not accept charity, so they will work and there is to be no notions of anything improper. Brogan readily agrees after all he doesn’t trust people.
Will they ever be able to set aside their problems and acknowledge their growing attraction? 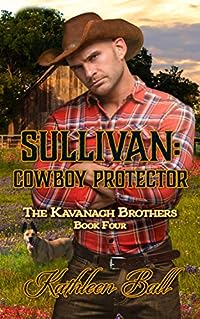 Sheila Kelly is on the run. The most frightening word she knows is witchcraft. She is a healer like her mother and all the Kelly women before her. When a distraught father brings his deceased daughter to Sheila’s house, he claims that Sheila killed her.

Sullivan Kavanagh was a captain in the Army, and he is used to giving orders. He’s convinced when people don’t do things his way, they end up dead. He’s liked Sheila for a while but just as a friend. When her life goes awry, he decides he needs to her hide and to plan a future for her.
Sheila is an independent woman and she doesn’t need a man to tell her where and how to live. She’s raising her young daughter just fine alone. She never realized how controlling Sullivan is until they hide from the mob chasing her.

Is it possible for two people who are strong willed and independent to manage a relationship, or will they always believe their way is the right way? Can they learn to make decisions from their hearts instead of from their past experiences? 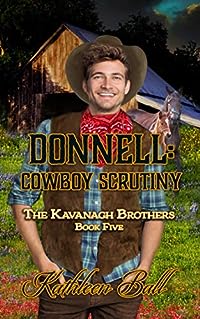 What Woman in Her Right Mind Would be Trusting Enough to Become a Mail-Order Bride?

Having no other options Clarissa Plunkett makes a terrifying decision to become a Mail-Order Bride. She’s never been anyplace other than her boarding school in Pennsylvania. Worried and unsure she agrees to marry, Joe Kingsley of Texas.

She exits the stagecoach and to her dismay no one knows Joe Kingsley. Not having enough money for the hotel, she rents a cheap room above the saloon. When Dolly, the housekeeper on the Kavanagh ranch hears about the unfortunate girl, she insists Clarissa comes to live at the ranch.

Rancher Donnell Kavanagh loves nothing better than solving a good mystery, but Clarissa isn’t one he wants to solve. Somehow, she becomes his responsibility and he searches for Joe Kingsley. Donnell’s brothers are impatiently waiting for him become engaged to Clarissa. Donnell wants nothing to do with a wife.

Perhaps if he scrutinizes her past, he can prove she isn’t the sweet, proper woman she seems to be.