The Greatcoat: A Ghost Story by Helen Dunmore

The love affair between a neglected wife and a mysterious soldier is “a perfect ghost story” from the acclaimed author of The Siege and The Betrayal (The Independent). 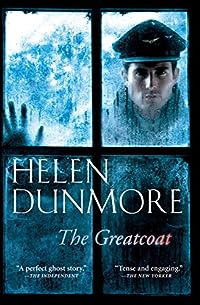 The Greatcoat: A Ghost Story
by Helen Dunmore

In the winter of 1952, Isabel Carey moves to the East Riding of Yorkshire with her new husband, Philip, a doctor. While he spends long hours on call, Isabel finds herself lonely and vulnerable, trying to adjust to the realities of being a country housewife.

One evening, Isabel is woken by intense cold. Hunting for extra blankets, she discovers an old Royal Air Force greatcoat hidden in the back of a cupboard. Sleeping under the coat for warmth, she starts to dream and is soon startled by a knock at her window — where a young RAF pilot stands outside, wearing that same coat. His powerful presence both disturbs and excites Isabel. And soon, their unexpected connection sparks an affair that will change them both irreparably.

“Written in crisp, enthralling prose,” The Greatcoat is an atmospheric tale of love and war that blurs the line between the real and the imaginary (The New Yorker).

“Dunmore’s gift, familiar from The Siege and The Betrayal, is to use a finely drawn domestic setting to show the great events of European history on a human scale. She doesn’t need ‘horror’ to spook her readers; our past is bad enough.” — The Guardian

“The most elegant flesh-creeper since The Woman in Black.” — The Times (London)

“The sense of déjà vu surrounding the story makes it all the more chilling… Tense and engaging.” — The New Yorker