I think it worked! The swarm I had caught last year has been going nuts every day for a week, flying all over my yard, as well as my neighbors yards. It’s been stressing me out like you would not believe! My partner in crime suggested that they might be too hot and crowded and I should as another level to the hive. I added the level two days ago, and yesterday they finally stopped going nuts. I could feel the tension finally leaving my body. They still come out a bit more than I would like, but nothing like before. What a relief. 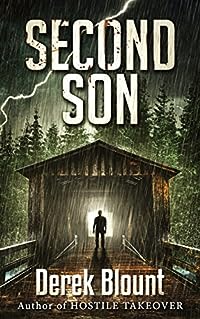 A storm is coming. His name is Silas Kane.

Dr. Grant Armstrong has returned home from his medical work in Africa. His grandfather is dead. His remaining family has gathered on Armstrong Island where a billion dollar inheritance is in play. And he’s just learned from his best friend, NYPD Detective Eric Johnson, that the old man may have been murdered.

When Silas Kane — the ruthless second son of an infamous serial killer — escapes police custody, Eric embarks on a mission to recapture the monster. Following a bloody trail through the streets of New York, Eric races against time to stop Kane before he strikes again.

Meanwhile, Grant is left alone to investigate his grandfather’s death with each clue leading him further down a path he doesn’t wish to follow.

A violent storm envelopes the State of New York as Eric and Grant each pursue a killer. Will either succeed… or survive?

Brimming with tantalizing mystery, pulse-pounding suspense and unexpected twists, Second Son is a complex, exhilarating thriller and an electrifying follow-up to the stellar Hostile Takeover. 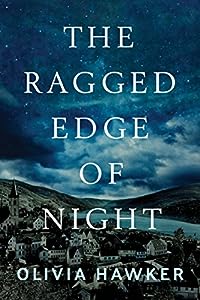 The Ragged Edge of Night
by Olivia Hawker

For fans of All the Light We Cannot See, Beneath a Scarlet Sky, and The Nightingale comes an emotionally gripping, beautifully written historical novel about extraordinary hope, redemption, and one man’s search for light during the darkest times of World War II.

Germany, 1942. Franciscan friar Anton Starzmann is stripped of his place in the world when his school is seized by the Nazis. He relocates to a small German hamlet to wed Elisabeth Herter, a widow who seeks a marriage — in name only — to a man who can help raise her three children. Anton seeks something too — atonement for failing to protect his young students from the wrath of the Nazis. But neither he nor Elisabeth expects their lives to be shaken once again by the inescapable rumble of war.

As Anton struggles to adapt to the roles of husband and father, he learns of the Red Orchestra, an underground network of resisters plotting to assassinate Hitler. Despite Elisabeth’s reservations, Anton joins this army of shadows. But when the SS discovers his schemes, Anton will embark on a final act of defiance that may cost him his life — even if it means saying goodbye to the family he has come to love more than he ever believed possible. 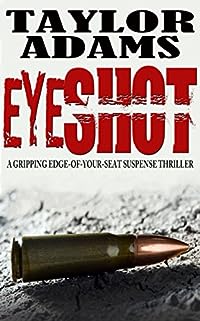 James and Elle Eversman are a young couple travelling through the Mojave desert on their way to a new life. When their car mysteriously breaks down they are stranded in the middle of nowhere without much water and no cell-phone reception.

A mile away a deadly sniper has them in his cross-hairs. They are pinned down behind their broken-down car, surrounded by open ground in all directions. There’s nowhere to run and no one to help them. How can they possibly survive?

With relentless tension, razor-sharp prose, and a surprising dose of dark humor, EYESHOT will keep you gripped till its stunning conclusion. 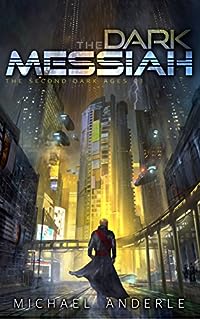 Michael returns to fulfill a promise to his love, but the world isn’t the same place.

Michael, the Archangel himself, has returned after a hundred and fifty years rejuvenating in the Etheric Dimension.

Now, the most powerful male Vampire the world had ever known is back.

The problem? The world went through an Apocalypse and what little honor and justice that previously existed, is gone. Further, his love has left to the stars somewhere, fighting for those on Earth.

Now, Michael has to figure out where he is, where he needs to go, help those who need help and figure out how to follow in his love’s path. Because if there is one thing that Honor Demands, it is that he make good on his promise to Bethany Anne.

Those feeding themselves on the backs of others have very little time to realize an important fact.

This Dark Messiah has little compunction about killing.

** As noted in other series set in the Kurtherian Universe, there IS cursing in this book, occasionally, it’s funny, too. ** 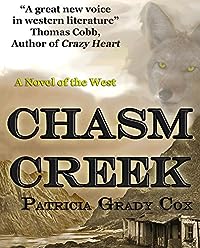 CHASM CREEK: A Novel of the West
by Patricia Grady Cox

Rubén Santiago, enslaved in Mexico as a child, has turned his back on his Navajo heritage. Now an old man, his only friend is Morgan Braddock, a haunted Civil War veteran with a questionable past. Morgan wants nothing more than to return to his wife and children, but a hangman’s noose stands in the way. Esther Corbin, abandoned by her husband, and her four children face an uncertain future on the outskirts of Chasm Creek, a territorial mining town. When the two men seek help at her isolated farm, their growing friendship unleashes consequences that expose the lies upon which they have built their lives. Ghostly visitations and violent confrontations rip away their illusions and, when a vengeful stranger arrives in Chasm Creek, Rubén is forced to confront his past in order to save his friend’s life. This is a story of friendship and family, love and loss, and finding one’s place in the merciless Arizona desert. 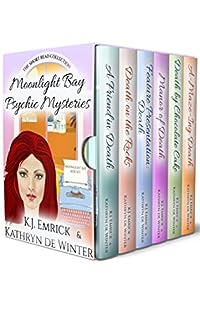 Introducing Miranda Wylder… A Psychic/Medium and Crime Novelist who inadvertently gets tangled up in Murder!

From the author of the Darcy Sweet Mystery Series.

Miranda Wylder is on her way up. Life is good for the Psychic/Medium Crime Novelist with one successful novel already and a second on its way up the charts.

She likes to fly under the radar where her psychic abilities are concerned, preferring to be known only for her writing ability. But when her best friend, Kyle Hunter, is killed right in her own backyard everything about her life changes. Accused of his murder she must use her psychic abilities, along with help from Kyle’s ghost, to solve his murder.

How wrong could she be?

This is just the beginning… !