I am very glad that plants can’t talk… or walk away. I go outside to see what they are up to every day, multiple times a day. I question them about what their plans are for the day and ask if they could please grow faster. It’s just me thinking out loud because being in quarantine is making us all a little (VERY) restless. It’s not like I think they are going to talk back or will grow faster if I ask them to. But I do remember reading an article about how plants know when they are being eaten. That’s horrible. Does this mean they also know when they are being nagged? Today I think I will offer interesting facts instead. Something along the lines of… FACT: If you don’t grow faster you will go to the compost. 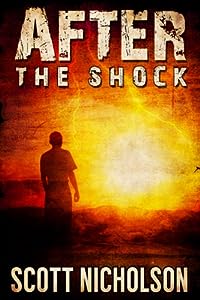 After: The Shock (AFTER post-apocalyptic series, Book 1)
by Scott Nicholson

The first book in the AFTER post-apocalyptic thriller series from an international bestselling author.

A massive solar storm erases the world’s technological infrastructure and kills billions. While the remaining humans are struggling to adapt and survive, they notice that some among them have… changed.

Rachel Wheeler finds herself alone in the city, where violent survivors known as “Zapheads” roam the streets, killing and destroying. Her only hope is to reach the mountains, where her grandfather, a legendary survivalist, established a compound in preparation for Doomsday.

Other survivors are fleeing the city, but Zapheads aren’t the only danger. Rogue bands of military soldiers want to impose their own order in the crumbling ruins of civilization. When Rachel discovers a 10-year-old boy, she vows to care for him even at the risk of her own life.

And the Zapheads are evolving, developing communal skills even as they lay waste to the society they will eventually replace. 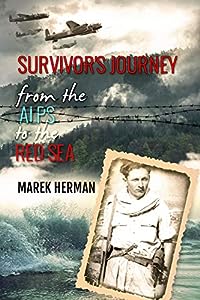 An orphan boy. Life under a fake identity. A heroic tale of survival.
Marek Herman’s life had not easy from the beginning.

And yet, not even growing up an orphan in the city of Lvov, Poland, had prepared him for what the future had in store.

Nazi Germany invades Poland in 1939 and changes the lives of people in the entire continent.

Jews instantly come under persecution. In order to save himself, Marek, lives under a borrowed identity, and crosses the border into Italy together with the Italian soldiers who were stationed in Poland.

A chance encounter he happens to witness, completely transforms the rest of his life.

Marek immediately joins the resistance in Northern Italy, where the Jewish boy fights side by side with his new friends, the anti-fascist fighters.

Survivor’s Journey From the Alps to the Red Sea is a spine-tingling book of memoirs, describing Marek Herman’s life, heroism and hope for a better future during all the vicissitudes he goes through from Poland, through the Alps, and all the way to the Red Sea. 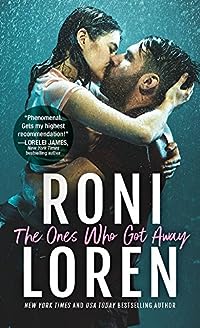 The Ones Who Got Away
by Roni Loren

It’s been twelve years since tragedy struck the senior class of Long Acre High School. Only a few students survived that fateful night — a group the media dubbed The Ones Who Got Away.

Liv Arias thought she’d never return to Long Acre — until a documentary brings her and the other survivors back home. Suddenly her old flame, Finn Dorsey, is closer than ever, and their attraction is still white-hot. When a searing kiss reignites their passion, Liv realizes this rough-around-the-edges cop might be exactly what she needs…

Liv’s words cut off as Finn got closer. The man approaching was nothing like the boy she’d known. The bulky football muscles had streamlined into a harder, leaner package and the look in his deep green eyes held no trace of boyish innocence. 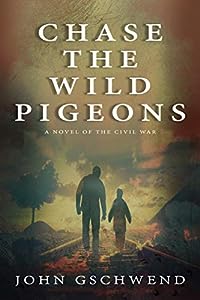 Chase The Wild Pigeons: A novel of the Civil War
by John J. Gschwend Jr.

With the bloody war closing in around them, how can two boys all alone possibly escape hundreds of miles through the ravaged South?

The Confederacy in 1863 is desperate and dangerous. For Joe Taylor, a twelve-year-old boy suddenly alone after his family was killed, and Peter, a sixteen-year-old black, it is a nightmare. In desperation, they form an unlikely alliance as they start a 600-mile journey into the unknown.

In this epic adventure, these two boys slowly develop a binding friendship as each pursues his own purpose and destination. However, will that friendship be enough to sustain them on the perilous trek out of the bloody and desperate South? 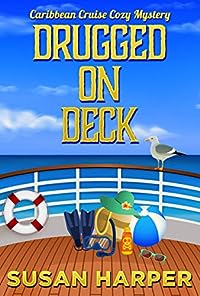 A contentious new co-worker, a rowdy family reunion at sea, and a little too much to drink. What could possibly go wrong?

Hope Harper has spent four years working her way up on the Caribbean Honey cruise ship, and is finally sure a promotion is coming her way. When she gets passed over again, and for a pretentious young man with less experience, she could just… well, you know. When a cruise guest is killed, she is thrown in the middle of a murder on the high seas. Can she put her feelings aside and solve the mystery, or will the killer get the best of her and the crew?