Being on the roof of your house has certain advantages. One such advantage is the delight you get in catching a kid, passing by with his dogs, not picking up the steamy brown present the dog left on your lawn. He saw his dog stop and poop. I watched the whole scene go down. The kid started to walk away, so I yelled at him to pick up his dogs poop! The kid nearly jumped out of his skin. It was awesome. It took him a few seconds to find where the voice was coming from. He was extremely confused to see me up on the roof in my bee suit. I can imagine his confusion prevented him from arguing with me. He also failed to realize that he could have just made a run for it. I was on the roof, I couldn’t do much. Instead he looked up at me and said, “But I don’t have a poop bag. Do you have one?” my answer was a little less than friendly. “I’M ON THE ROOF!!” I then told him to go knock on the front door and ask for one. He did and picked up all his dog’s… stuff. Not gonna lie… that was fun. 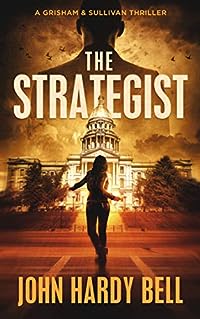 He wields immense power. She knows his darkest secret. Her conscience compels her to expose him. He will do whatever is necessary to ensure that doesn’t happen. Even if it means murder…

“A heady, character-driven suspense thriller that is guaranteed to keep you turning the pages.”

When the psychological toll of chasing human monsters finally becomes too much to handle, FBI profiler Camille Grisham trades in her shield for what she hopes will be a quiet new beginning. What better place to start than home? Her father is there. Her best friend, Julia, is there.

But something else is there too. Something dark, deadly, and unforeseen.

A secret. Powerful enough to destabilize an entire political system.
A man. Desperate to contain that secret, no matter the cost.
A young, crusading lawyer. Caught at the center of it all.

The lawyer is Camille’s best friend. And she is in grave danger.

But fight him she must. And despite the personal monsters that have reduced Camille to a shell of her former self, losing is not an option.

A barista in search of the truth. A Hollywood star yearning for authenticity. A chance meeting that will change their lives forever.

Three years after her ex-boyfriend left her to pursue his Hollywood dream, barista Riley Eames is still haunted by questions only he can answer. So when he asks to meet her after a full day of press junkets, she reluctantly agrees – only to get stuck in the hotel elevator with rising British actor Ashe Hunter who’s in town to promote his next movie.

He’s gorgeous, polite, and before the night is over, smitten with the woman who has no idea who he is.

But even as sparks fly between them, it’s going to take more than a celebrity romance to get Riley’s life moving again for the ex-boyfriend is back in town and with him, the answers to the questions that will change Riley’s life forever. 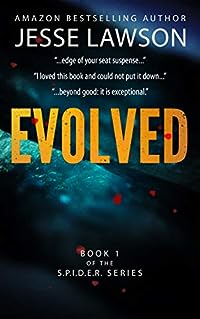 A FOSSIL THAT REGENERATES… AN ANCIENT MONSTER… A WOMAN AGAINST EVOLUTION…
While struggling to pay her bills as a part-time archaeology instructor, Dr. Lexa Rogers is approached by Homeland Security to join a top secret team that investigates fringe international security threats. They want her because of her academic expertise in tooth fossils-and her experience as a counterintelligence Marine.

The Special Projects and Intelligence Division Emergency Response team, or SPIDER, sends her to a lab at the bottom of the Tyrrhenian Sea to help investigate a 100,000-year old self-repairing tooth fossil-which, as it turns out, is part of a military research project for near-perfect camouflage.

But not all is what it seems, which is why Lexa is sent there not only to help the research, but also to ensure the data for the project is preserved.

As Lexa works alongside experts in biology and genetics, she quickly discovers that there’s more than just secrets to hide.
After losing contact with half of the crew, it becomes clear that something in the water is hunting them.

If Lexa is going to survive, she will have to abandon her analytical mind and return to her primal roots, ultimately arriving at the crossroads between morality and the instinct for survival.

When reduced to primal instincts, how far will you go to survive?

Death’s Head: A Soldier With Richard the Lionheart
by Robert Broomall

Before Verdun… before Stalingrad… there was the siege of Acre

In the year 1191, an idealistic monk named Roger dreams of becoming a knight and helping to free Jerusalem from the Saracens. When he is unjustly accused of murder, Roger flees for his life and joins the crusade of Richard the Lionheart.

In the Holy Land, Roger takes part in the siege of Acre, a two-year meat grinder of death and disease and starvation. He is introduced to the horrors of war and quickly loses his idealism. Rising through the ranks, he becomes commander of a company known as the Death’s Heads. He loses one love and finds another, and he suffers a crisis of faith as he watches the largest army ever fielded by Christendom being destroyed while the dream of freeing Jerusalem seems as far away as ever.

And all the while, the army waits for the arrival of King Richard, the greatest hero of the age…

“Death’s Head” illuminates a little-known but significant moment in history, one whose outcome resonates to the present day. It is a story of war and love and the faith that enables ordinary men to perform extraordinary deeds.

“If you like Bernard Cornwell, you will love this book.” 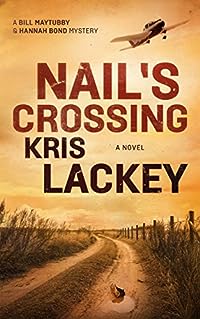 This debut mystery from a fresh voice in Southwestern fiction stakes out the common ground between Tony Hillerman, Elmore Leonard, and Cormac McCarthy.

In a remote corner of the Chickasaw Nation, tribal Lighthorse policeman Bill Maytubby and county deputy Hannah Bond discover the buzzard-ravaged body of Majesty Tate, a young drifter with a blank past. They comb Oklahoma’s rock prairie, river bottoms, and hard-bitten small towns for traces of her last days.

Tate was seen dancing with Austin Love, a violent local meth dealer fresh out of prison. An Oklahoma City motel clerk connects her with an aspiring politician. An oil-patch roustabout and a shady itinerant preacher provide dubious leads. Ne’er-do-wells start dying off.

A fluke lead propels Maytubby deep into Louisiana’s bayou country, where a Cajun shrimper puts him on the scent of a bizarre conspiracy. He and Bond reunite in the Chickasaw Nation for the eventual face-off at Nail’s Crossing.