I can honestly say I never thought I would be up on my roof, in the rain, during a thunder storm. Okay… the thunderstorm was still twenty miles away, but when I tell the story, the thunderstorm was right above me. Why was I on the roof? Bees. The answer to any question about me right now is bees. Swarm season has hit hard in my backyard, and the threat of rain doesn’t even slow them down. It could be raining all day, and if that sun peeks out for even a second, a swarm will land in my backyard. Yesterday they landed on the peak of my roof. I am scared of heights and bees, so this was a brutal combination for me. However, my love for free stuff still prevails. To buy a colony of bees costs about $300, and they are never has strong as a caught swarm. You can see why I am a bit grabby grabby with the bees. I was dreading catching the swarm on the roof, but it turned out to be a pretty easy catch. The first gently scoop I made, must have included the queen, because as soon as I put that scoop of bees in the box, they rest followed. I left them up there so any bees that were still out could make their way back to the group. At 6pm, with the rain coming down hard, I went back on the roof to get them. NOT my favorite thing in the world to do, but again… Free is Free!!! 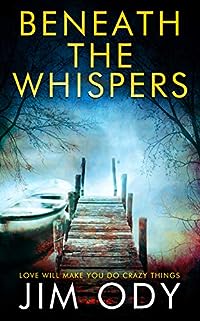 Beneath The Whispers
by Jim Ody

Scotty Dean didn’t expect to run into his childhood sweetheart deep in the woods. Especially having just been dumped by a woman well out of his league.

But Mary-Ann needs him to get back a USB stick that has fallen into the wrong hands. He knows he shouldn’t get involved, but as old feelings resurface, so do the hidden secrets.

His past collides with the present and Scotty is surrounded by whispering voices – but what is it they’re trying to say? 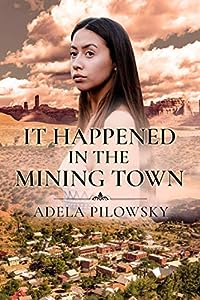 It Happened in the Mining Town: A Novel
by Adela Pilowsky

A poor copper mining town. Three generations of one family. A life full of secrets.
María Inés’s life has always been marked by upheavals.

Her mother died during childbirth. Her father found it extremely difficult to raise her on his own, and when she was just a teenager, she already managed to get into trouble with a dubious young man named Eduardo because of whom she was sent away to a special agricultural farm for girls.

She returns five years later only to find herself falling in love with Rodolfo, a well-known and admired soccer player, with whom she has two children — Raquel and Rosa.

Eduardo, however, who in the meantime was saved from a life of crime and has joined the military, is still madly in love with María Inés, and lets his jealousy of Rodolfo haunt him.

In order to win her heart back, he realizes he first must get rid of Rodolfo.

When Eduardo’s plan goes awry, the young family’s life is thrown into turmoil.

Will the truth be revealed or will so many secrets remain buried forever?

When Georgie and Jack met during a murder investigation at the foot of Catmmando Mountain, it was love and murder at first sight!

Murder, mayhem, and a second chance at love changed everything for Georgie Shaw and Detective Jack Wheeler. Middle-aged and in upper management at a Disneyesque entertainment empire, Georgie knows Marvelous Marley World isn’t always so marvelous.

Murder, kidnapping, art and jewelry heists don’t make it any easier to work for “Mad” Max Marley — the tantrum-prone creative genius who built his empire on the success of a cartoon cat. Max and Georgie agree on one thing — Jack’s the man to call when there’s trouble afoot!

Fun, food, cats, and plenty of intrigue keep Georgie and Jack on the move as they join forces to solve one whodunit after another. Now you can read their first five award-winning, bestselling mysteries all in one box set. 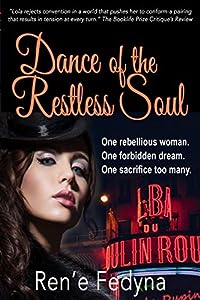 One rebellious woman – One forbidden dream – One sacrifice too many

Her dream becomes a nightmare. In pursuit of the cabaret life, Lola La Fontaine finds herself thrust into the gritty Paris underworld of kidnappers and killers.

At sixteen, Lola La Fontaine lives an elegant and sophisticated lifestyle in La Belle Epoque Paris, but will soon be forced to marry one of the richest men in France–a man she doesn’t love.

Knowing he will forbid her to pursue her dream to be an entertainer, she has no choice but to escape, but escape to where?

Her passion is enflamed when she meets Charlie Sloane. Handsome, charismatic and debonair. Lola finds him irresistible, but his deceptive ways plunge her into a life of intrigue and violence.

Is her desire for him worth the price of her life? 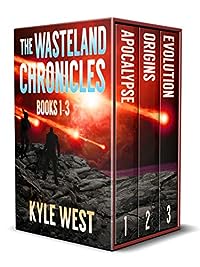 This bundle of the best-selling Wasteland Chronicles series contains the first three books: Apocalypse, Origins, and Evolution, about 180,000 words of content.

16-year-old Alex Keener must survive the horrors of the deadly post-apocalyptic wasteland, full of raiders, brutal cold, and dystopian societies.

Alex and his friends journey over hundreds of miles of desert to discover the origins of the xenovirus. But when they reach the Great Blight, they find the virus is far more dangerous than previously thought.

The xenovirus evolves deadlier strains, spawning monsters that humanity simply cannot match. It becomes a race against time before the virus’s spawn engulfs the planet.