Don’t Call Me Late For Breakfast

I have been giving Napa, the bees in my yard that I bought in Napa, sugar water to encourage them to build comb in the new level I added to their beebox. This morning I was a little late with the bottle and as soon as I stepped outside they jumped on me liked grabby little brats. OH MY GOODNESS!!!! I was sure they were going to start kicking me in the shins if I didn’t put their bottle down for them ASAP. Bees remember, and not only that, bees tell everyone else in the colony where the good stuff is at. Lesson learned. I will not be late with their treats anymore. Yikes!! 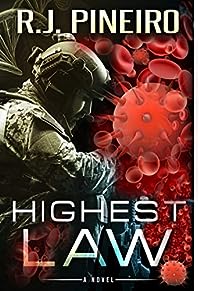 An airborne pathogen.
A bioweapon development gone wrong.
A pharmaceutical cover-up.
How far would you go to expose the truth?

Something incomprehensible and terrifying is happening in a remote village in Afghanistan.

Navy SEAL commander Law Pacheco is in the area on a routine patrol when he accidentally stumbles onto what appears to be the use of biological weapons on Afghan civilians, including children–with frightening results.

Law immediately reports the horror he has witnessed. But no one will listen.

The very next day, he and his team fall victim to the violence of a U.S. gunship unleashed on a mountainside where he was operating on another routine mission.

Law barely survives the attack, which kills most of his team and inflicts wounds that end his career with the SEALs. But the incident is ruled accidental by the military establishment.

Although it takes him six months to learn to walk again, Law is more determined than ever to get to the bottom of what he witnessed, so he joins the ranks of the U.S. Naval Criminal Investigative Service.

There, along with feisty special agents Mia Patel and Beatriz Howard, Law launches an investigation that takes him down a twisting path through the dark world of covert clinical trials, illegal pathogen research, and a Big Pharma cover-up reaching the Highest Law of the land. 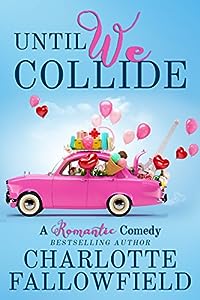 Until We Collide
by Charlotte Fallowfield

What do you get when you cross a neck brace, a jellyfish, and an encounter with a gorilla?

Dating disasters only a quirky and fun woman could endure.

With her thirtieth birthday fast-approaching, Paige Taylor knows she must get more than her toes wet in the dating pool. After all, she’s spent way too long pining over Alec Wright, who’s perpetually unavailable. Now, with some encouragement from her best friend, Paige is ready to take the plunge and find Mr. Right.

But when a catalogue of catastrophic dates ensue, Paige questions what she’s always wondered.

Is Alec Wright her Mr. Right? 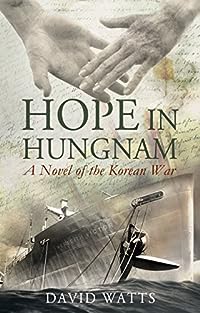 Hope in Hungnam: A Novel of the Korean War
by David Watts Jr.

Hope in Hungnam takes place during the darkest days of the Korean War in 1950: from the brutal Battle of Chosin Reservoir to the stunning Christmas Eve evacuation of 100,000 civilians from Hungnam, North Korea. As the flames of war engulf the Korean Peninsula, US Marine Jack Stiles desperately searches for meaning in the frozen killing fields of North Korea. Bloodied by war and bigotry, Stiles’ world is changed forever when he is critically wounded at Chosin Reservoir and left for dead. Nursed back to health by a mortal foe, he soon faces the realities of war, life, and love with new clarity. Hope in Hungnam tells the story of the woman who saved him, the Captain who saved them all, and the ship that did the impossible. In his riveting debut novel, David Watts weaves an epic tale of the men who fought, the men who died, and those who risked all in the most remarkable, yet almost unknown naval evacuation in all of human history. It is a story of war and hate, of love and forgiveness, but most importantly it is a gripping story of the enduring power of hope. 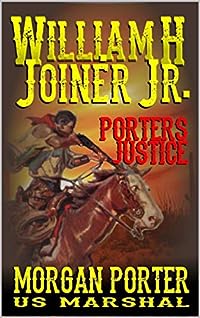 With guns drawn there’s a Marshal in town to kill all crime and deal out all punishment. With crime rampant in the Old West — men of steel are needed. This man of steel is Morgan Porter. He answers to Morgan Porter… United States Marshal.

When someone is in trouble, and they don’t know where to turn, and if they can find him — he is available. He is the law in the Old West. Ride with Morgan Porter as he stamps out bad behaviour.

If you love Westerns — you won’t want to miss out on “Porters Justice.” 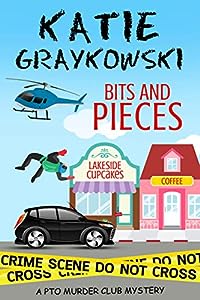 When Mustang Ridge’s son goes off to middle school, all she wants to do is drown her anxiety with a gallon of coffee and a dozen red velvet cupcakes. Unfortunately, someone has bought all of the cupcakes at Lakeside Cupcakes except for the nasty vegan ones. She may be desperate, but she’s not that desperate. As she walks back to her car, something large falls from the sky and crashes onto the roof of her car.

It seems like she’s always stumbling over bodies, but now they’re falling from the sky?

The body currently acting as her new hood ornament turns out to be Marty Smith, the man everyone hates… especially, Jill, the owner of Lakeside Cupcakes. After she’s arrested for his murder, she offers Mustang a lifetime supply of free cupcakes if she finds out who really killed Marty.

Mustang and the girls are on the case. They start questioning suspects and have a hard to finding anyone who doesn’t want Marty dead.

What do a Voodoo Priestess, a possible serial killer with a Barbie fetish, and the island of Bonaire have in common? Mustang must figure it out before Marty’s killer finds her.