Didn’t I Hide Some Chocolate Somewhere?

I see so many people posting pictures of all the things they have accomplished being quarantined at home. Clean closets, exercising, yards cleared of weeds. Usually I am pretty motivated, but the only thing I have accomplished is clearing out the refrigerator. That’s only because I have eaten most of what was in there. Mind you I have spent a lot of time chasing bee swarms. My partner in crime and I are up to 9 total colonies. But it has rained here for the last two days, and that means no swarming is going on. So what is my excuse now for not having cleared out my closets? I just don’t want to. It’s Spring Cleaning time and the whole family is stuck at home. What better opportunity? BLAAAGH. No…. let’s see what’s in the freezer. 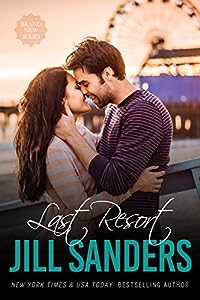 Cassey’s life is crazy enough. The last thing she needs is some cocky rich boy trying to destroy her business. Normally immune to these vultures, she finds this brazen hottie especially difficult to refuse.

Out to close the deal of a lifetime, Luke won’t take no for an answer, and the intoxicating beauty standing in his way isn’t going to go down easily. He’ll need more than business savvy to close this deal. 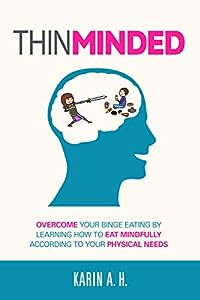 Thin Minded: Overcome Your Binge Eating by Learning How to Eat Mindfully According to Your Physical Needs
by Karin A. H.

Control Your Hunger and Find the Way Out of the Dieting Circle
At any given time, millions of people around the world are on a diet, with their eyes on one goal only — to lose weight.

In today’s world, anyone who wishes to shed unwanted weight and also remain slim must first of all work on their thought patterns. Without this, the process is doomed to fail.

In this book you’ll find a simple but powerful tool that can help you change your life — first mentally and then also physically. The book will show you how you can leave the infinite circle of dieting, learn to control your appetite and identify where it’s coming from — your body or your emotions. With time, you will go back to eating according to your actual hunger, and not for reasons such as emotional needs, peer pressure, or boredom, to name a few.

One of the main ideas brought up in this book is personifying the hunger we all have inside and imagining it as a small selfish and greedy character named Gulo. The Gulo pushes us to eat as much as possible, regardless of our physical hunger or true desires.

As you collect victories over the Gulo, you’ll realize the war being waged inside you is subsiding.

Your humongous objective, losing weight — will become a reality.

At the end of Fuzzy Navel, J. A. Konrath surprised readers with an agonizing cliffhanger: One of Lieutenant Jacqueline “Jack” Daniels’s loved ones is dead. But who? Readers were left clamoring to know more.

Cherry Bomb, the sixth Jack Daniels mystery, opens at the funeral. While Jack stands graveside, tears in her eyes, her cell phone rings. It’s the killer, escaped maniac Alex Kork, taunting Jack, drawing her ever further into a twisted game of cat and mouse. Because while Alex is more than willing to kill random victims, Jack is her true prey. But which woman wants revenge more?

Cherry Bomb is J. A. Konrath’s most gripping novel of suspense yet–filled with twists and turns that will keep readers on the edge of their seats.

If you are a more sensitive (or adventurous) reader, this handy scale rates specific categories from 1 (lowest) to 10 (highest) to give you some idea if this is your kind of book. 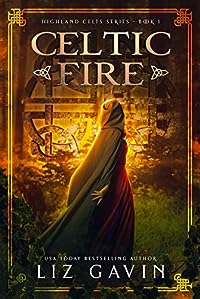 From USA Today bestselling Author Liz Gavin comes a fantasy like no other.

Caught in a centuries-old war between Christians and Druids, a young High Priestess is Avalon’s last chance. Wise and powerful, Rowen is faithful to the Old Religion, but how can she obey the Goddess without betraying Caddaric? Can she trust Eochaid when he embodies everything she despises?
Caddaric has been Rowen’s companion for countless lifetimes. Now she lives in the mortal plane, while he remains in mystic Avalon. Can Caddaric witness a flesh-and-blood man become Rowen’s protector? Will he risk losing Rowen’s heart to save Avalon?
Eochaid has sworn to protect the Old Ways. A fiery High Priestess isn’t part of his plans. Yet he would risk his life to protect Rowen. But, will the Goddess protect his heart? Can he defend the bewitching maiden from himself?
When stakes are so high that a mistake will cost their world, a priestess, a druid, and a warrior must learn to trust one another.
Their success can save Avalon.
Failure is not an option.

The saga begins in 1858 in New Mexico Territory, ten years before the events recorded in Matt Cutugno’s first Western, The Godless Men. Two boys, one from Kansas and one from Missouri, make their way through the wild country as pony riders for the mail service. At the same time, a young woman from China holds a powerful man responsible for the death of her father.

Law and order was slow to come to the Territory. Justice slower still. There were settlers and squatters, commerce and industry, sheriffs and outlaws amidst unfolding Manifest Destiny.

Few knew that a Civil War was coming.

Matt Cutugno is the author of four novels and eleven plays that have been produced in New York, Los Angeles and across the country. He has been a frequent contributor to Stay Thirsty Magazine for the past nine years. He is from New York and currently lives in California.