Two Boxes For The Road

A friend of mine was over last night and we were talking about all the crazy crowds at the grocery store he works at. He was tired from all of the chaos and wasn’t looking forward to going to work Saturday morning. WHAT??? I didn’t realize he was going to work. I have an man on the inside. He has access to important supplies!!! So what did I ask him to pick up for me? Trader Joes Sandwich cookies. Two boxes please. I didn’t ask for toilet paper or water. No veggies or bread for me, thank you. JUST GET ME THOSE COOKIES!!!! 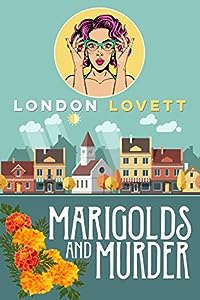 Lacey ‘Pink’ Pinkerton has left behind a six figure job and her reputation as the million dollar nose — a nickname her super sense of smell earned her within the perfume industry. With her pet crow Kingston and a tabby cat named Nevermore, she is settling right into her new life in the small coastal town of Port Danby. With a flower shop opening soon and a full cast of quirky neighbors and friends, her new digs are exactly what she’s been looking for. Away from the hectic hustle and bustle of the city Lacey has found peace and happiness. However, her heightened sense of smell proves to be of use once again when a Port Danby neighbor turns up dead. Lacey finds herself caught up in an unexpected murder investigation alongside the handsome local detective, James Briggs. She’s determined to find the killer and solve the murder mystery before any more bodies turn up. 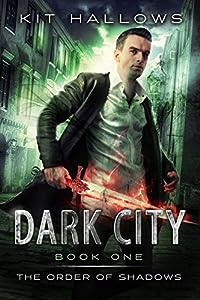 My name’s Morgan Rook, Supernatural Detective, Undercover Agent, odd jobs man. Call it whatever you like.
I take out the nightmares, demons and werewolves. The things that lurk in the shadows around you.
Guys like us, we call them Nightkind.

And here I was, set to quit this dark life and retire to sunnier climes, except for one final job. There’s always one. This time a call to eliminate a cruel, rogue vampire, named Mr. Tudor. Simple right?
Sure. Until the bodies started piling up in a new wave of vicious occult killings leading scarily close to my own front door. Sparking a series of deadly events that would make my years of fighting the NightKind look like a cakewalk.
Add high octane chases across the city, a game of shadows and undead assassins all topped off by a trip into the terrifying world between worlds – the last place you’d ever want to find yourself.

And the clues… they’re all adding up to something… something big… and they’re right in the palm of my hand.
The missing piece of the puzzle? How in the hell I fit into all of this… 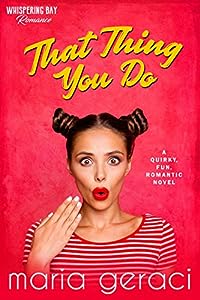 Once upon a long time ago, he broke her heart. Good thing she’s too smart to fall for him a second time.

Allie Grant is a journalist who could use some luck. She needs a big story fast to secure her dream job, so when she gets a tip from someone in her home town about a haunted house, she hightails it back to Whispering Bay to investigate.

But wouldn’t you know the building is scheduled for demolition? And the guy in charge? None other than her high school ex — Tom Donalan, the boy who smashed her heart to smithereens.

Now Tom’s a single dad and, okay, sure, he had a good reason to break up with her all those years ago, but that doesn’t mean Allie’s just going to fall back into his arms. No matter how nice and muscly those arms might be.

Tom agrees to delay the demolition so Allie can get her story — but there’s a catch. He’s going to help.

Can Allie write the story, win the job, and get the heck out of town before history repeats itself?

THAT THING YOU DO is a contemporary romantic comedy and the first book in the Whispering Bay Romance series. All the books can be read as stand-alones and have a guaranteed happily-ever-after! 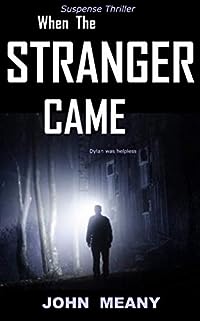 When The Stranger Came: A Suspense Thriller
by John Meany

One night in a small rural town in upstate New York, fifteen-year-old Dylan Hellenbrand, who is home alone, hears the doorbell ring. Upon inspecting the peephole, the wary teenager decides not to answer. The person standing on the porch is wearing a dark jacket with a hood. Something about the mysterious unexpected visitor doesn’t feel right.

A minute later as Dylan tries to pretend that no one is home, he hears, in the backyard, his German shepherd Murray barking and growling fiercely. Then to the adolescent’s horror, he hears the sound of a loud boom, reminiscent of a firecracker exploding. Suddenly the dog squeals like a stuck pig.

Oh no! What just happened? What was Dylan suppose to do now?

Yes! Hide. That was about all he could do. Especially since Dylan had forgotten to lock the back door. 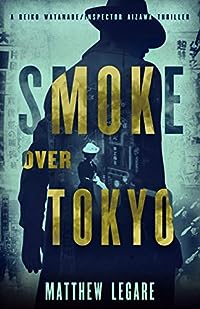 Japan is still plagued by economic depression, scandals, and assassinations. A prominent politician mysteriously commits suicide while dining with Chizuru Okamura, the daughter of a yakuza crime family. Leading the investigation, Police Inspector Aizawa tasks his geisha spy, Reiko Watanabe, to go undercover into the world of the dreaded Okamura Gang.

Reiko soon finds herself at the center of a power struggle between Chizuru and her brother, Lieutenant Katsuro Okamura, for control of the gang. Using bribery and deceit, Chizuru is poised to take over the government, while Katsuro seeks to launch a coup d’état and install a military dictatorship. As they try and thwart both schemes, Reiko and Inspector Aizawa must untangle a web of conspiracies involving the Army Secret Service, opium dens, corruption, Charlie Chaplin, and assassination, while all Japan hangs in the balance.

Merging historical fact with fiction, Smoke Over Tokyo is the second installment of the Reiko Watanabe/Inspector Aizawa series. As they enter the dark underworld of 1932 Tokyo, filled with danger and intrigue, Reiko Watanabe and Inspector Aizawa soon find themselves fighting for their lives and the future of their city. 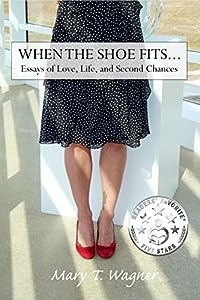 When the Shoe Fits…: Essays of Love, Life and Second Chances
by Mary T Wagner

From soccer mom to prosecuting attorney. From body cast to the back seat of a Harley. From sneakers to stilettos. When a hard fall from a tall horse landed Mary T. Wagner — then a freelance writer and a soccer mom with four young children — in a body cast for three months with a broken back, she didn’t take it as a sign to ease back on the throttle. Instead, she changed careers, went to law school, took a job prosecuting criminals, and bought her first pair of spike heels. And THEN she started writing again.

In essays ranging from “Turbo Dating — the Year in Review” to “Riding Pillion,” “The Limoncello Diaries” and “Angels in the Snow,” Wagner’s signature writing style combines humor, insight, and grace under pressure, and serves up the author’s signature theme that “it’s never too late to make mid-course corrections.” Whether reflecting on subjects as diverse as motherhood, the view from the back of a Harley, the impending loss of a parent or the therapeutic effects of a post-divorce bonfire, Wagner’s honest and heartfelt essays resonate with universal experiences of love, life and reinvention. A must-read for any woman who’s asked herself “is there at least one more dream I can reach for?”… and then answered “YES!!”