When it rains it pours. For me it seems to be pouring swarms of bee. Yesterday after the sun had been out for a bit, I went out into my backyard to admire the garden a bit and see what’s new. What’s new is two separate swarms of bees real-estate shopping. WHAAAAT!!!! Okay, deep breath. Thankfully my mentor was planning on coming over anyway, so when he arrived we went straight to work. One swarm landed in my neighbor’s yard that I share a back fence with. She was thrilled to watch the action. With the quarantining we all have to endure, this kind of action is a pleasant distraction. My mentor estimated the swarm to be about 9000 bees. WHOA!! There was no time to stick around and enjoy the show. We had another swarm to catch, so we got as many bees as we could in the bee box, and left the box in her yard for the rest of the colony to join those already in the box. Next stop was my next door neighbors yard where this next swarm landed on the fence. Another easy catch. My mentor, with the most gentlest touch, scooped as many of the bees as he could, looking for the queen in each scoop. He then placed them gently in the box and repeated the search with each scoop. When we did spot her, my mentor placed her in the box and she made her way deep inside the box with no problem. We left the box by the fence, and I returned that night to gather them up. Well…. I will now stop complaining that I lost one of my swarms a few days ago. 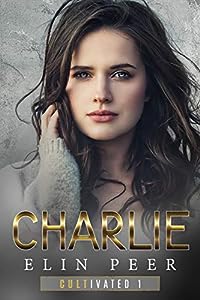 I met a random stranger in a coffee shop and felt an instant connection between us.
That was five years ago but I never forgot him.
Now, I have news.
Turns out that Charles, my reserved and mysterious crush is the heir to one of the largest business dynasties in the US.
Unfortunately, his fortune made him a target.
According to his family, Charles’ is now in Ireland.
He’s been lured in by a narcissistic and cunning cult leader with a troubling reputation.
His family wants me to go undercover and extricate Charles from the cult.
Going up against a psychopathic cult leader is terrifying and dangerous!
But what if Charles is my destiny and we’re meant to be together?
Only one way to find out… I’m going in!

Charlie is the first installment in Elin Peer’s contemporary romance series Cultivated. You might know Elin Peer as the author of the bestselling series, Men of the North, Clashing Colors, and the Slave Series. Her books are fast-paced, thought-provoking, and always offer humor and a solid romance story at the core.

If you like stories with authentic characters that will stay with you for a long time after you’ve finished reading, get this book today! 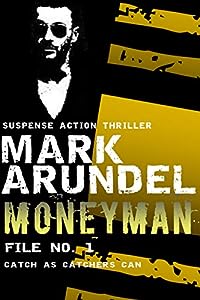 File no. 1, Moneyman, also known as Codename: Moneyman, is the action-packed, exciting story of one man who must uncover international espionage or die in the attempt.

British Secret Intelligence selects him to carry out a sanctioned termination in Tenerife. He leaves on the assignment, unaware of his real purpose. He’s one part of a secret plot to uncover a spy deep within the London, Whitehall establishment.

He soon discovers the world of international espionage has placed him in a desperate situation and presented him with an impossible task. Chinese, Russian, and British agents hunt him while his only help comes from a single London contact, but can he trust her?

Are his determination and endurance enough to see him complete the assignment and discover the truth, or will his time run out?

“How does one uncover a spy deep within the British political establishment?”
“That is a question.”
“Yes, isn’t it?”
The silent pause drifted.
“Well, do you have the answer?”
“Yes, I do, but first, tell me this. What is more important than all other things?”
The silent pause returned.
“… intelligence?”
“No. More important than all other things is ‘economic’ strength.” 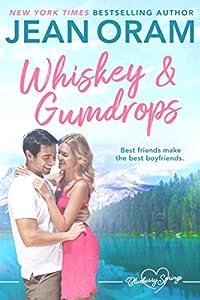 One woman. One case of self-denial. One hunky best friend who wants a lot more.

Watching the man she thought she’d marry tie the knot to someone else spurs small-town waitress, Mandy Mattson, to finally pursue her dreams of opening her own restaurant.

But she can’t do it alone…
Mandy’s going to need the help of her sexy, long-time best friend, Frankie Smith. He has everything she needs–and more. She fell for him years ago, but has never allowed their friendship to evolve into something beyond platonic. After all, he’s “Frankie fall-off-the-tower Smith,” and she has no intention of giving her heart to a dare devil like him.

But what happens when Frankie asks Mandy to take the biggest dare of all? Will she finally lose her heart to her best friend? 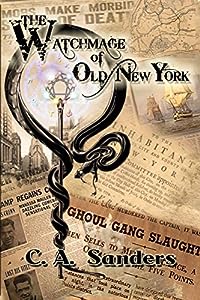 It is 1855, and Nathaniel Hood walks between two worlds.

As the Watchmage of New York City, Nathaniel is charged with protecting, regulating, and administering justice to the myriad supernatural beings immigrating to the city. When his policeman son, Jonas, is brutally beaten by Veil Dwellers — creatures born of human legends and dreams — while investigating a kidnapping that has the city in an uproar, Nathaniel breaks his vow not to interfere with human society and joins the search.

While searching for the kidnapped infant heir amidst the broken lives of the supernatural on the Bowery, father and son discover the heir’s terrible secret born in ancient magic, lust, and blood.

The Watchmage of Old New York is an expansion of the award-winning and highly popular serial from JukepopSerials.com. It’s a blend of fantasy, history, humor, and mystery, wrapped in a well-detailed and vivid mid-19th century New York. 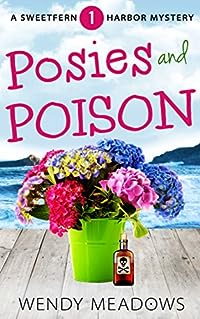 An amateur sleuth with a bed and breakfast, an unfriendly resident found dead, and a handsome detective who helps unravel the mystery in the cozy beach town of Sweetfern Harbor.

Brenda Sheffield can’t believe her luck when she finds out that the family business, The Sheffield Bed and Breakfast, has been handed down to her upon the death of a relative. For too long, she’s been idle as an assistant to a PI – a new challenge is precisely what she needs.

Uprooting to the idyllic village of Sweetfern Harbor was tough, but it doesn’t take long for Brenda to fall for the brightly painted shopfronts and the friendly residents. However, there’s always one who spoils the bouquet. Lady Pendleton owns half of the buildings in Sweetfern Harbor, and she rules with a green-fingered fist. With a personal vendetta against everyone, she ruthlessly raises rent and rates – resulting in turning many people out of house, home, and business.

One day, her flashy car pulls up outside The Sheffield Bed and Breakfast, but Brenda is shocked to find her slumped over the wheel and failing to respond. The coroner pronounces her dead at the scene, ruling it as a homicide.

With the entire town a suspect, Brenda isn’t sure whom to turn to since crime isn’t usually a factor in this New England town. Enter the handsome Detective Mac Rivers, who must unravel the twists and turns of this murder – but can an outsider’s sleuthing experience help bring the perpetrator to justice? Or will they slip out of sight unnoticed – or strike down another victim?