I woke up this morning excited that I still get to hangout with my family. Usually vacations only last a week or so and then it’s back to everyone going their own way. Not this time. Not this time for a while. I spent most of the time this weekend chasing bees.  I thought for sure I was going to get a break since it was cold, windy, and rainy. Nope. The sun peeked out for 5 minutes and my original colony swarmed…again… for the third time. Talk about a high maintenance hive. I thought they would only swarm once and that would be it for the season. Apparently not. The other day my partner in crime picked up four full bee swarms from my house. I wanted bees in my yard, just not six colonies. She has a huge yard and can fit twenty colonies if we wanted. At this rate I will catch twenty by the end of swarm season. This is getting so out of hand and I am thinking of taking both of my bee colonies to her place. I am sure the neighbors aren’t too thrilled bees keep swarming in our yards. I am feeling quite confident that the bee population is coming back. 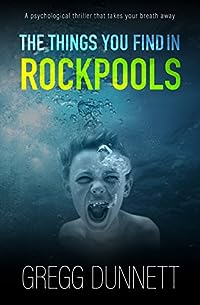 The Things you find in Rockpools: A psychological thriller that takes your breath away…
by Gregg Dunnett

When a tourist girl disappears on a vacation island – and the police investigation goes nowhere – a quirky local boy, 11-year-old Billy Wheatley, steps in to help.

He’s a little young to play detective, and he can’t tell anyone what he’s up to. But he’s kind of a child prodigy – or at least, he thinks he is. Either way, he’s got a very good reason to want the police off his beach.

His style of investigation is unlike anything you’ve ever read before, but he gets results. Until the trail of clues leads him uncomfortably close to home, where Billy begins to sense just how much danger he’s really in. And how the life he thought he was living, is all just a web of lies. Because the person who took the girl isn’t just someone he knows. It’s the only person he thought he could trust.

And now they know Billy is onto them, it’s going to be child’s play to silence him. For ever.

If Billy is going to stay alive and bring his adversary to justice, he’s going to need every ounce of his unique ingenuity.

But how do you catch a killer – when you’re just a kid?

The Things you Find in Rockpools is a USA and UK Amazon bestseller with over 100,000 copies sold. Perfect for fans of L.J. Ross, Adam Croft, KL Slater and anyone who loves a gripping and utterly engrossing crime thriller. 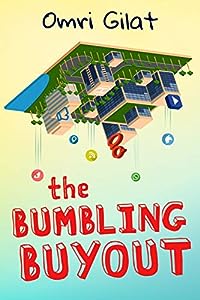 The Bumbling Buyout: A Satirical Novel About the High Tech Industry
by Omri Gilat

Welcome to the start-up that is about to change the world… If only its founders knew what the hell they were supposed to do…
When Shuki, a young software tester, realizes his career has reached a dead end, he decides to quit his job and venture out on a business of his own.

Shuki is joined by a new CEO with a problematic background and together (along with some other colorful high-tech outcasts) they set off on a challenging journey, hoping to hit it big and become millionaires.

The idea behind this new start-up is mind-blowing, but its execution turns out to be technically unfeasible. Or so it may seem…

Nothing, however, keeps them from coming out with bombastic announcements, which will need to stand up to the scrutiny of the entire world. Will they achieve glory and amass huge fortunes, or will the bubble burst in their faces?

The Bumbling Buyout, written in a light and humorous tone with a few bits of dark humor, is proof that not behind every great idea is a successful company. 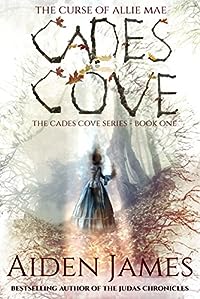 “Ghost stories don’t get any better than this.”–J.R. Rain

Buried deep in a ravine in the picturesque Smoky Mountains is a very dark secret.

David Hobbs, vacationing with his wife Miriam, inadvertently stumbles upon a small cloth ‘keepsake’ bag and a broken tooth. A human tooth. Miriam begs David to hand the bag and tooth over to park officials, but he ignores his wife’s pleas and secretly keeps the ‘harmless’ items. The action opens a doorway that had been closed for nearly a hundred years and unleashes hell on earth, or at least hell in the lives of David and Miriam.

Following the brutal murder of his best friend in Denver, and unprovoked attack on his oldest son, David desperately seeks to understand why a mysterious teenage girl has chosen to terrorize him and the males closest to him. To prevent further devastation to his family and end the wanton bloodshed, he returns to the enchanted hills of eastern Tennessee, where a terrible truth awaits discovery… one that forces him to face the consequences for the unpaid sins of his ancestors. 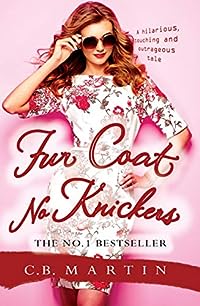 The No. 1 Bestseller Fur Coat No Knickers is a hilarious, touching and outrageous tale; bound to relate to any woman

• How the hell am I supposed to give a man the silent treatment when he’s the one being silent?

• And as for mum – she’s only been tending my recently-rehabilitated sister’s cannabis bush, thinking it’s a tomato plant!

Hurtling through her thirties, Tara is still yet to find her perfect man, despite gruelling efforts to transform herself into the perfect woman. Tara’s prayers appear to have been answered when she miraculously falls into the arms of Travis Coleman – the famed, silver-tongued sex demon.

It would seem the years of curling, plucking, painting and waxing may have finally paid off…
However, Tara’s fairy-tale soon spirals out of control when Travis inexplicably ceases all contact with her.

Distraught and desperately stumbling from one crisis to another, Tara ultimately loses her mind, her dignity and – shamefully – her Knickers. 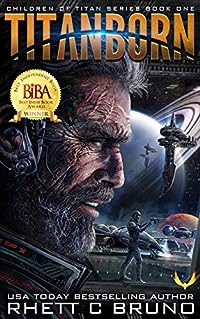 Titan’s rebellion is coming. Only one man can stop it.

Malcolm Graves is a Collector. The best there is. He’s spent a lifetime putting down riots and chasing wanted offworlders across the solar-system for Pervenio Corporation. So long as the pay is right, he’s the man for the job.

He never bothers asking questions. And he always works alone.

But after the high-profile bombing of Earth’s capital, everything changes. His rattled employer forces him to team up with a younger, cyber-augmented partner more interested in statistics than instinct. An aging Collector’s nightmare.

They must track down the suspected group of extremists from Titan, who will stop at nothing to free their moon from the oppressive grip of Earth’s corporations. If Malcolm and his strange new partner hope to survive, they’ll need to learn to work together.

Experience the beginning of a science fiction series filled with shocking twists that will leave your jaw hanging. If you’re a fan of The Expanse, Blade Runner, or Killjoys, you’ll love this fast-paced, sci-fi adventure.

Also available on Audible, performed by the award-winning R.C. Bray.