The Lawkeepers is a multi-author series alternating between historical westerns and contemporary westerns featuring law enforcement heroes that span multiple agencies and generations. Join bestselling authors Jenna Brandt, Lorana Hoopes and many others as they weave captivating, sweet and inspirational stories of romance and suspense between the lawkeepers — and the women who love them. The Lawkeepers is a world like no other; a world where lawkeepers and heroes are honored with unforgettable stories, characters, and love. ** Note: Each book in The Lawkeepers series is a standalone book, in a mini-series, and you can read them in any order. 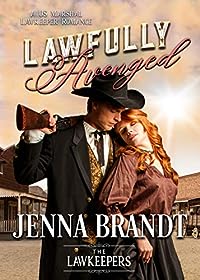 Take Love and Law Seriously…
U.S. Marshal Lucas Graham had been assigned to look into the deaths of several gold miners in Havilah, California. Though the job is routine, delivering the news to the murder victim’s proxy bride that her husband is dead is not. Neither is the growing attraction he feels for her as he tries to find out the truth of what happened to her husband.

Sadie Steele is running from the law straight into the arms of her childhood best friend, Sam Clayton. The only problem, when she arrives to start her new life with him, a Marshal informs her that he’s been murdered. With nothing to return to, Sadie stays to run her husband’s claim while she waits for the Marshal to avenge her husband’s death.

Will Lucas figure out what’s really going on in time to protect Sadie? Can Sadie find a way to make room in heart for a lawman? And what will happen when danger from the past and present collide? 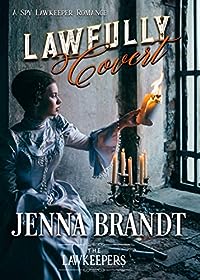 Lady Josephine Bradley, the second daughter of the Duke of Rothenbury, loves her life as the center of the English nobility. But when her best friend is mysteriously killed, she finds herself recruited to be a lady spy due to her connections. She must quickly learn to navigate a world she never imagined, filled with secrets, lies, and a forbidden spymaster who fills her thoughts.

Charles Gilbert expertly serves the Crown as London’s spymaster, so when he recruits Lady Josephine, he’s certain he can manage the young debutante. The problem is she’s determined to do whatever it takes to solve her friend’s murder, even if it derail his plans. Nothing seems to deter her, not even sinister threats, highway robbery, or kidnapping.

Can Charles discover whose behind the mysterious deaths in London? Will Josephine accidentally tip off the murderer? And will she pick a spy over the proper match her father wants for her? 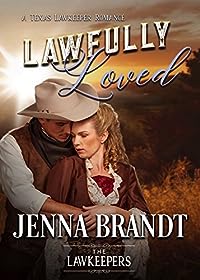 TAKING LOVE AND LAW SERIOUSLY…
Jake “Bullseye” Bolton is a deputy sheriff out of Abilene, Texas, tasked with tracking down the infamous Grimes Brothers. When he is stranded outside Rockwood Springs, he encounters Rebecca Caldwell, whose family owns the local livery. Still healing from a broken past, Jake resists the strong attraction he feels for the prairie darling.

Rebecca has been too busy taking care of her family to think about love and marriage. At least that’s what she tells herself, but deep down, she knows she is getting to the age she has to make a choice whether or not to pursue love. When Jake enters her life, she wonders if she is finally ready to do just that.

Sparks fly as they get to know each other over the course of a weekend during the town’s anniversary celebration. But once Jake can travel again, he must continue his search for the brothers. Shortly after leaving, he realizes the robbers are on their way to Rockwood Springs. Will Jake be able to get back to Rebecca and the town in time to save the people he has grown to care for? And when it’s time for Jake to return to his life in Abilene, will he decide new love is worth fighting for? 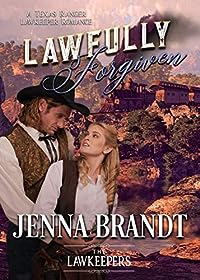 Taking Love and Law Seriously…
Emmett Moreley has been a Texas Ranger for the past three years, after moving out west to make a name for himself. HIs latest assignment is to apprehend the Beckett Gang, the outlaws responsible for robbing trains throughout the state of Texas. Ready for his big chance to prove he’s capable of running his own posse, Emmett receives a tip that the gang plans to rob a train near Rockwood Springs. He sets a trap, preparing to make his arrest. But when things go wrong, he is left chagrined, with only a strikingly beautiful woman with amnesia as a clue as to where the bandits will strike next.

Naomi Rutherford doesn’t know who she is or where she came from. When she wakes up on a train with no memories of her life or why she is there, she is confused and scared. To make matters worse, an annoying Texas Ranger is accusing her of being in a train robbery gang. Refusing to believe she doesn’t know anything, he forces her to go with him as he continues to track down the outlaws.

Emmett and Naomi try to fight the attraction between them, but the more time they spend together, the deeper their connections grows. What will happen when Naomi remembers her past? Will it reveal her to be the angel they both hope, or the devil they both fear? 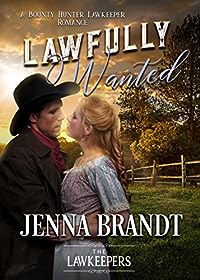 TAKING LOVE AND LAW SERIOUSLY…
Levi Emerson and his partner, Clyde Forester, have been undercover for over a year chasing the ring leader of the largest cattle rustling group. After months of pursuit, they are closing in on their target, and looking forward to bagging their bounty. A paid informant has told them the rustler’s next target will be the Larsen Ranch in Rockwood Springs, Texas. When Levi arrives at the ranch, he poses as a cowboy in order to gain employment at the ranch and catch the cattle thief.

Abigail Larsen is the daughter of one of the largest cattle barons in all of Taylor, County Texas. She has just returned home from finishing school, with what is considered by society, dangerous ideas that she gained from secret women’s suffrage meetings. Her father has plans for her to marry Andy Wilson, a local rancher and recent widower, in an attempt to expand the family’s influence in the region. Though she wants to do her father’s biding, the rumors of how Andy mistreated his first wife leaves Abigail worried about her future, especially knowing he isn’t the type of man that would find her new mindset appealing.

When Levi and Abigail accidently encounter each other, the connection is instant, but they both know a relationship between them can never be due to their circumstances. Yet, as the couple continue to spend time together through various circumstances, the connection only deepens.

Will Levi catch his wanted thief and collect his bounty? Will he tell Abigail the truth about who he is? And will Abigail choose to go against her father in order to be with the man she wants? Find out if these two star-crossed lovers can find a way to be together in this epic 1880s historical romance.