I have a bit of a problem. I now have four bee hives in my teenie tiny backyard, and I am afraid of bees. There… I said it. I am afraid of bees. Not to the level that I am afraid of clowns, which is a 15 out of 10. I am about a 4 out 10 with bees. I just really hate getting stung. Although I hear its very good for people with arthritis to get stung. I do not currently have arthritis, so I will revisit that later if I do get it. I am really battling two things here. I really hate getting stung, but I LOVE free stuff. Swarms are free, and they are pure gold. I apparently like free stuff more than I hate getting stung. I should mention that bees in swarms do not sting people. They are not defending a territory, so people are not in danger. One part of me understands this, but the fear part of me doesn’t care about facts. This is the same part of my brain that thinks if I swim alone in a pool a crazy person is going to dump a shark in the pool to eat me. That is a fact. I won’t swim alone in a pool because of crazy people and their sharks. 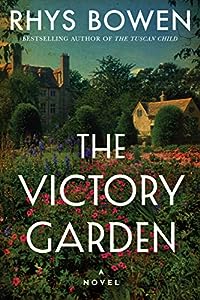 The Victory Garden: A Novel
by Rhys Bowen

From the bestselling author of The Tuscan Child comes a beautiful and heart-rending novel of a woman’s love and sacrifice during the First World War.

As the Great War continues to take its toll, headstrong twenty-one-year-old Emily Bryce is determined to contribute to the war effort. She is convinced by a cheeky and handsome Australian pilot that she can do more, and it is not long before she falls in love with him and accepts his proposal of marriage.

When he is sent back to the front, Emily volunteers as a “land girl,” tending to the neglected grounds of a large Devonshire estate. It’s here that Emily discovers the long-forgotten journals of a medicine woman who devoted her life to her herbal garden. The journals inspire Emily, and in the wake of devastating news, they are her saving grace. Emily’s lover has not only died a hero but has left her terrified — and with child. Since no one knows that Emily was never married, she adopts the charade of a war widow.

As Emily learns more about the volatile power of healing with herbs, the found journals will bring her to the brink of disaster, but may open a path to her destiny. 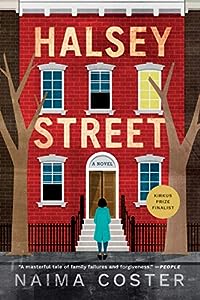 Finalist for the Kirkus Prize for Fiction.

A modern-day story of family, loss, and renewal, Halsey Street captures the deeply human need to belong — not only to a place but to one another.

Penelope Grand has scrapped her failed career as an artist in Pittsburgh and moved back to Brooklyn to keep an eye on her ailing father. She’s accepted that her future won’t be what she’d dreamed, but now, as gentrification has completely reshaped her old neighborhood, even her past is unrecognizable. Old haunts have been razed, and wealthy white strangers have replaced every familiar face in Bed-Stuy. Even her mother, Mirella, has abandoned the family to reclaim her roots in the Dominican Republic. That took courage. It’s also unforgivable.

When Penelope moves into the attic apartment of the affluent Harpers, she thinks she’s found a semblance of family — and maybe even love. But her world is upended again when she receives a postcard from Mirella asking for reconciliation. As old wounds are reopened, and secrets revealed, a journey across an ocean of sacrifice and self-discovery begins.

An engrossing debut, Halsey Street shifts between the perspectives of these two captivating, troubled women. Mirella has one last chance to win back the heart of the daughter she’d lost long before leaving New York, and for Penelope, it’s time to break free of the hold of the past and start navigating her own life. 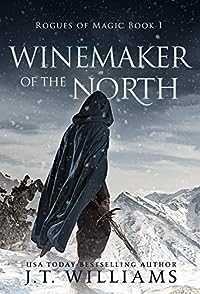 Winemaker of the North: A Tale of the Dwemhar (Rogues of Magic Book 1)
by J.T. Williams

Forsaken to be a killer and sent to be a destroyer, Sviska must choose his own path.

Sviska is a man of the shadows, an assassin without any one place to call his own. But in the Far North, he discovers a secret. Magic, long thought lost to the world, is alive. The genocide to destroy every elf, wizard, and sacred being of old is not yet complete. Sviska’s masters work the strings of the world and he has been sent for a task he does not even fully understand yet.

When at last he feels he has what he has always wanted, darkness falls upon the world. He must rise to face an enemy more terrible than any he has ever met.

Fate will force him into a terrible choice. 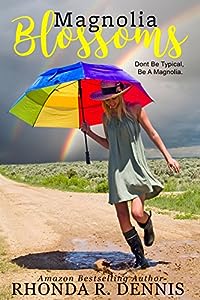 Life isn’t easy–especially when you’re the reclusive daughter of a melodramatic attorney openly mocked for his commercials, and a free-spirited mother who gives art lessons in the nude. Their over the top personalities make it easy for the sheltered and introverted Magnolia Berrybush to swim in a sea of anonymity–until the day she finally snaps.

Desperate to break free from a clandestine world above her parents’ garage, she devises a plan to make her mark–serial killing! Unfortunately, she discovers that her heart and stomach aren’t ready to handle the life of a cold-blooded murderer, so she’s forced to move on to plan B.

During her ill-fated attempt at achieving infamy, Magnolia meets Honey LeReaux, a hooker who is well past her prime. Ironically, Magnolia begins to blossom as she plunges head first into a seedy world, but she also realizes that smutty books and adult films have done little to prepare her for the real world.

Will Magnolia ever break free, or is she destined to live her life hiding in the shadows of her secret world? 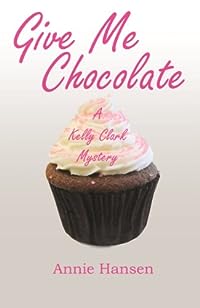 Give Me Chocolate: A Kelly Clark Mystery Book One
by Annie Hansen

Give Me Chocolate, the first in the Kelly Clark Series, from mystery author, Annie Hansen!

In the quaint river town of Geneva, Illinois, Kelly Clark flees California and returns to her hometown to re-start her life after a horrific divorce from an abusive husband. She accepts her sister’s generous offer to live in the apartment above Chocolate Love, her sister’s specialty dessert shop in the Historic District of Geneva.

Kelly’s life starts to turn around when she reconnects with an old flame. Just when it looks like she’s getting her life back on track, she stumbles over a dead body. The suspicious death sends her hopes for a better future plummeting. Has her violent past and the danger she faced in California followed her home to Geneva?