My Sister’s Murderer by Serenity Marie

My Sister’s Murderer by Serenity Marie tells the story two sisters dedication and love for each other. When tragedy strikes see just how far one will go in the name of family. Enjoy! 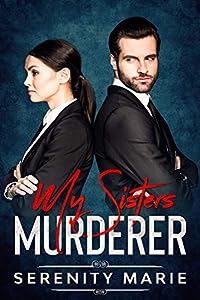 Samantha and Linda were twin sisters whose mother had died while giving birth to them. Their brother and father blamed them for the death of their mother and this became the sole reason for never ending hate for them in the heart of their other family members. Tired of being treated worse than trash, they lose all hope of strengthening ties with their family when their father announces that he won’t fund their academic anymore. Disappointed and exhausted by their lives, the two of them decide to run away and start a new life. Samantha wanted to continue her education and that’s what she did while Linda becomes an escort to improve their financial position and support Samantha in her dreams. Everything was finally becoming okay and their life was getting better but then Samantha disappears one day and 3 days later Linda finds her body, cut into pieces, in a sac outside their apartment. She cries and mourns but then decides to avenge her sister’s death. She goes to the police but once she notices how non seriously they were taking her, due to her profession, she turns to her highest paying client, the biggest mobster in their area, Alfie Rufalino. But she knew that getting him to agree would be difficult so, she makes an assumption and blame his rival gang for her sister’s death in hope that Alfie would say yes once he sees this an opportunity to take down the other Linda’s assumption soon turns into reality but in the meantime, while Alfie and Linda work together to solve the case, they fall in love for each other. The two of them go through a lot of hardships which only strengthens their bond but it is only when Linda’s life gets into danger that the two of them realize how strong their feelings are but are they strong enough to make Linda give up her career for him or for Alfie to be okay with her profession. One of them would have to give up but who would it be? Will they defeat the other gang or will the other gang take over, taking advantage of how distracted the two are trying to understand their new relationship?