I learned a valuable lesson yesterday while I was trying to catch yet another swarm in my backyard. Bees like avocado oil. They are definitely attracted to it. Yesterday morning I decided to do a little beauty treatment on my hair with avocado oil. Brushed it in pretty good and put my hair up in a neat bun so I could go about my day. My day included cleaning out the shed in the side yard with the bees. Everything was going just fine until the sun came out. When the sun came out, so did the bees. They were much more active than usual and were buzzing quite loudly. This to me signaled they were about to swarm. I put my bee suit on and watched the show. It’s quite a site to see bees pour out of a hive like a fast flowing fuzzy river. Loud, fast, and the most intense buzzing one would ever hear. But this time they didn’t settle for flying around. Nope they liked me this time. After a few minutes hubby noticed there were huge clumps of bees landing on me. About two cups on the back of my neck, a bunch on my lower back and I ended up with a hat of bees on top of my head. Thank golly for bees suits! So once again I was looking like a crazy person. Running around in circles in the front yard, in a bee suit, covered in bees, trying to out run them. Buggers are fast. I feel so bad for my neighbors. 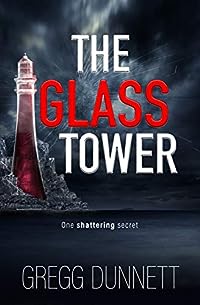 The Glass Tower: A mystery and suspense thriller with a gripping twist
by Gregg Dunnett

Julia Ottley has one shattering secret.

She may have burst onto the literary scene with the highest ever advance paid to a British debut author. And her novel – featuring a fabulous tower of translucent icy crystal – may well go on to become a modern classic. But as she embarks upon her new life, turning her back upon the drab, unexciting middle-aged woman she used to be, she discovers that nothing can be hidden forever, especially when living within walls of cool, clear glass.

She fights to keep her secret, but as the stakes steadily rise, she faces a stark choice. How far is she really prepared to go to stop her life from coming crashing down?

Set on a beautiful and isolated island in the south west of England, The Glass Tower combines mystery and suspense with delicious dark humour. And just as readers of Gregg Dunnett have come to expect, there’s a wicked twist at the end. 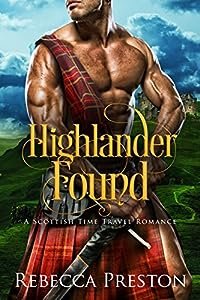 Thrown back in time to fulfill the promise of a dying woman, Audrina must find her destiny in the wild Scottish Highlands — and discover the man that fate chose for her hundreds of years ago.

Audrina James was only trying to stop the old brooch from being stolen; she didn’t know that touching it would send her back in time to medieval Scotland! But the brooch belonged to Audrina’s ancestor, a woman who died tragically on her wedding night and swore to her last breath that she would be reunited with her true love — and Audrina is her mirror image.

It’s been one year to the day since Colin MacLaren’s bride suffered and died at the whim of a bloody-handed English occupier. So how is she standing before him? No matter how adamant her protests that she doesn’t know him — no matter how crazy her story about coming from the future — Colin is sure this woman is his lost love. Now if only he can convince her of that.

Together they must navigate the vagaries of fate that brought them together, their own scorching physical attraction, and the ever-present danger from Colin’s enemies… including a certain murderous English nobleman who knows Audrina must be a witch. After all, didn’t he kill her with his own two hands?

Highlander Found is the first book in the Highlander of Time series, perfect for fans of brooding heroes, intrepid heroines, and page-turning time-travel romance. Grab your copy today, and enter the exciting world of Highlander of Time! 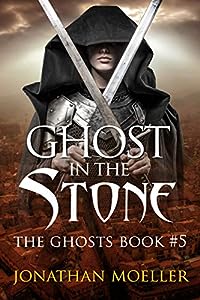 Ghost in the Stone (The Ghosts Book 5)
by Jonathan Moeller

Caina Amalas is a Ghost nightfighter, an assassin and spy of the Emperor, and her cunning saved the city of Marsis from a brutal invasion.

Now she must keep the war from becoming worse.

The nobles of the Imperial city of Cyrioch plan to revolt, and assassins stalk the high lords of the Empire. Only Caina stands between the Empire and a ruinous civil war.

A enemy that whispers from the darkness of her own mind… 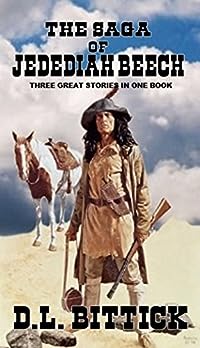 Jedediah Beech was born during 1798 in Surry County, North Carolina. He was the fourth of six children born to Jeremiah and Martha (Butler) Beech. Both of his grandfathers were veterans of the American Revolutionary War. When Jedediah was 11 years old, his father moved the family across the Appalachian Mountains to the western foothills near Maryville, Tennessee, to start a new life on the wild and exciting frontier.

It was there that Jedediah’s saga began. 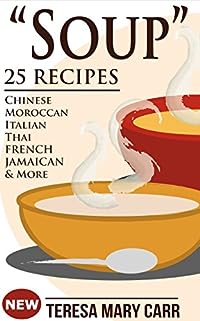 “Soup”, I find it a great mystery why people only lean towards this fantastic wholesome avenue of nutrition only while they are looking to lose weight.
Soup is not only a passion of mine it is also one of my three main meals every single day. The varieties, textures, tastes are just mind blowing once you discover some of my all-time favourite soups.
I am guessing most of the people that have bought this book are just interested in the recipes and good on you for being so direct! As for those of you who want a little more insight into the history and origin of this delicacy, I shall open the history books for you and show you where what are about to cook is derived from.