I think it has happened. I have reached the part of the quarantine when I need to clean out my baby bassets closets. I thought this time wouldn’t come until next week at the very least. I can’t fight the urge though. Once it hits, you can’t stop it. My poor babies. They have no idea I am about to enter their rooms with two large garbage bags. Maybe I will throw in some candy first to soften the reality that this is going down. Do we have any candy? That could actually slow me down. I think I remember seeing Valentines Day candy in my youngest basset’s room. It would be too much to ask for there to be any chocolate left, but I could hope for a Tootsie Roll. I always forget how tasty those little buggers are. If I find a few, my baby bassets will have bought themselves another day…maybe two. 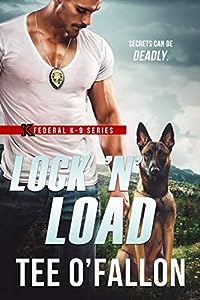 Crack CIA analyst Trista Gold is a whiz with the computer, but not so much with people. She hides behind her job, analyzing Top Secret code and making recommendations on national security. She doesn’t need a man in her life. But she will, very soon…

CIA K-9 officer Sgt. Matt Connors suspects that beneath Trista’s uptight appearance, there’s a sexy woman itching to cut loose. But he doesn’t dare act on his attraction. He’s a loner and always will be. Keeping away from Trista is a must-do directive. Until he doesn’t have a choice…

During a routine assignment, Trista stumbles across a cryptic exchange. She doesn’t think much of it… until someone tries to murder her — twice. Both times, Matt had been there to save her. But now she has to hide. And her new bodyguard, Matt, and his K-9 are the only hope she has against the powerful forces that want her dead. 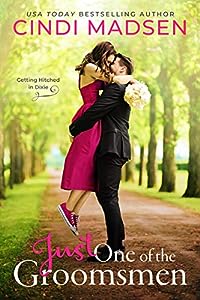 Addison Murphy is the funny friend, the girl you grab a beer with — the girl voted most likely to start her own sweatshirt line. And now that one of her best guy friends is getting married, she’ll add “groomsman” to that list, too. She’ll get through this wedding if it’s the last thing she does. Just don’t ask her to dive for any bouquet.

When Tucker Crawford returns to his small hometown, he expects to see the same old people, feel comfort in the same old things. He certainly doesn’t expect to see the nice pair of bare legs sticking out from under the hood of a broken-down car. Certainly doesn’t expect to feel his heart beat faster when he realizes they belong to one of his best friends.

If he convinces Addie to give him a chance, they could be electric… or their break-up could split their tight-knit group in two.

Hiding the way he feels from the guys through bachelor parties, cake tastings, and rehearsals is one thing. But just asTucker realizes that Addie truly could be the perfect woman for him — he was just too stupid to realize it — now she’s leaving to follow her own dreams. He’s going to need to do a lot of compromising if he’s going to convince her to take a shot at forever with him — on her terms this time. 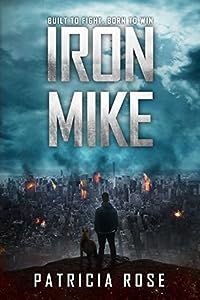 Iron Mike: One boy and his dog at the end of the world.
by Patricia Rose

NOTICE: This novel recommended for ages 16+ due to language and some sexual content.

When the black ships drop from the clouds, billions die. The weapons are silent, the effects, lethal. Nations fall. Humanity crumbles. Their mission is simple: seed the earth. Feed their creatures. Harvest the crops.

The war is over before it begins. Or is it?

From the ashes of our memory, heroes are forged. In the shell of a surviving outpost, one boy is asked to do the impossible. Rising to the challenge, Mike Sanderlin becomes a man, then a soldier, and finally, a hero. He’s more than a symbol and less than perfect, but to save his younger sister and fight for Earth, he’ll become Iron Mike.

With an alien ally, Iron Mike will hurl himself into the teeth of a war that can only have one winner.

Built to fight. Born to win.
Iron Mike is ready. Are you? 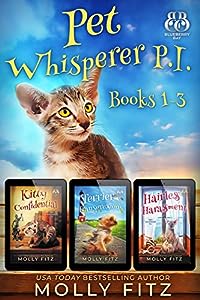 Ever since Angie Russo woke up from a near fatal run-in with a coffee maker, she’s been able to talk to — and even worse, understand — one very spoiled tabby named Octavius.

He says his owner was murdered and that she’s the only one who can help bring the killer to justice. And, well, that’s just the first of the wonderfully whacky mysteries they solve together. Add in a traumatized terrier witness and two murderous Sphynx cats who speak only in riddles, toss on your favorite deerstalker cap, and let’s go sleuthing!

If you love kitty detectives and quirky humor, then you do not want to miss this USA Today bestselling series and your chance to binge read the first three books with this special boxed collection… Enjoy! 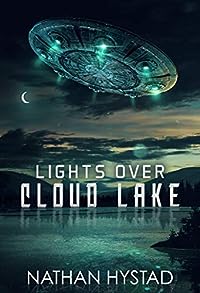 Gone Girl meets The X-Files in this Sci-Fi Thriller

Cloud Lake is a hotspot for UFO sightings.

Jessica Carver may have encountered one the night she disappeared.

This is her story.

Reporter Eva Heart is sent to Cloud Lake to write an exposé on flying saucer sightings, a subject she is extremely familiar with.

Nearly twenty years ago, Eva, then known as Jessica Carver, went missing, only to appear a week later, confused and frightened. A man went to jail for the crime.

Now Eva must face demons from her past as she meets both old and new friends along the way. Will her real identity be exposed? Can history truly repeat itself?

Join Jessica as she discovers the truth about her childhood in Lights Over Cloud Lake, the newest novel from the author of the best-selling Survivors series.