Day two of camping in a completely empty campsite. We saw a person. He made a brief appearance and then disappeared into the mist. Was he even really there? I don’t know. I’m not sure I know anything anymore. Okay… I am being dramatic. We did see two people come by and do a bit of maintenance around the play structure and the little doggie park. We are camped out right next to where all the action would be if there were people. There is one camper(?) I see with a Great Dane that frequents the park, but other than that no one else is around. It finally stopped raining around noon, but didn’t dry up enough to go outside until 4 or 5. We did have a blast playing card games as a family. We can really sass each other. I will be honest a few tears threatened to come out. Not mine! I kept my cool. Right now I am just waiting for the coffee and wondering what the day will bring. 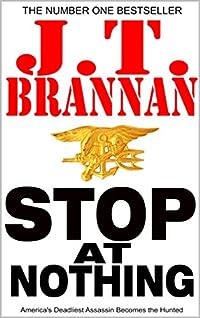 Mark Cole is a deniable operative for the US government, a patriot who is always willing to give his life for his country. Living in the Caymans with his wife and two children, he is no longer fully active, but due to his unique abilities he is called upon to perform a difficult assassination.

The target is the Director of the CIA’s National Clandestine Service; but after the mission, Cole becomes a target himself. And as the forces against him mount up relentlessly, he realizes that greed and hunger for power at the highest levels means that he can trust nobody. Cole discovers that not only are thousands of lives at risk, but his own wife and children are threatened.

Pushed into deciding whether to protect global security or to save his family, Cole vows that he will stop at nothing to do both – whatever the cost. 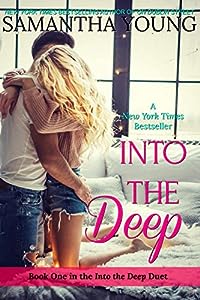 Into the Deep
by Samantha Young

Charley Redford was just an ordinary girl until Jake Caplin moved to her small town in Indiana and convinced her she was extraordinary. Almost from day one Jake pulled Charley into the deep and promised he was right there with her. But when a tragic incident darkened Jake’s life he waded out into the shallows and left Charley behind.

Almost four years later Charley thinks she’s moved on. That is until she takes a study year abroad in Edinburgh and bumps into none other than Jake Caplin at a party with his new girlfriend. The bad-boy-turned-good attempts to convince Charley to forgive him, and as her best friend starts spending time with Jake’s, Charley calls a truce, only to find herself tumbling back into a friendship with him.

As they grow closer, the spark between them flares and begins playing havoc with their lives and relationships. When jealousy and longing rear their destructive heads, Charley and Jake struggle to come to grips with what they mean to one another.
And even if they work it out, there is no guarantee Charley will ever trust Jake to lead her back into the deep… 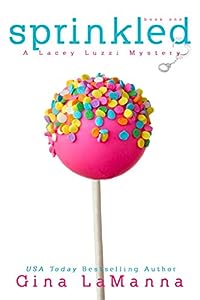 TOO MANY YEARS: MANAGER AT STRIP CLUB

Lacey Luzzi’s rollercoaster of a life has been filled with the highest of highs and the lowest of lows. She just never expected the lows to be so… sparkly.

After falling on her face during an attempt to follow in her recently-deceased mother’s stripper-boots, Lacey realizes she’s not cut out for life on stage. She sets out on a year-long investigation to find her true family, never expecting she’ll find it with a capital “F.”

With a rumbling stomach, a need for money (check engine lights don’t fix themselves!), and a conscience that operates at 78% on a good day, Lacey is sucked into a whirlwind of Family secrets, hard-as-cement cookies, and mysterious, sexy men who unfortunately shoot guns, sometimes aimed at her face. The long-lost-granddaughter of Carlos Luzzi, the Godfather of the Italian Mafia, Lacey accepts her first assignment for the mob: finding fifteen million dollars of ‘the good stuff.’

Even after she enlists the help of her mouthy best-friend and her cousin, a technical genius and social disaster, she finds that going toe-to-toe with the rival Russian mob is more dangerous than expected.

No one chooses their Family, but Lacey Luzzi will be lucky if she can survive hers. 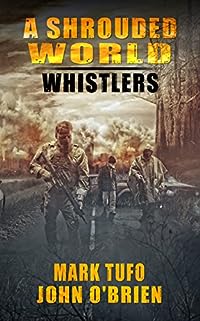 Jack Walker and Michael Talbot come from two worlds; the same, yet different. They both find themselves transported into an alien one, where things aren’t as they seem. While it appears similar to the ones they come from, there are some terrifying differences. Is it a dream? Or has reality been somehow warped?

Jack comes from a world filled with nocturnal creatures that were once human, but now seek to destroy the last vestiges of humanity. Mike, living under a constant threat from hordes of the undead, arrives with a companion, John the Tripper. Ripped away from their family members and thrown into the unknown, they find that the nightmares from their worlds have preceded them. Survival becomes moment to moment as they encounter old dangers, and new.

Each wants nothing more than to be reunited with their loved ones. With dangers lurking around every corner, they seek to unravel the mystery that brought them. It may be a long road ahead, but they begin by taking the first step, hoping the next one will be the one that takes them home. 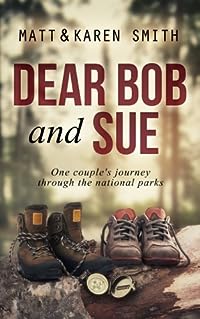 Dear Bob and Sue is the story of our (Matt and Karen Smith) journey to all 59 U.S. National Parks. We wrote the book as a series of emails to our friends, Bob and Sue, in which we share our humorous and quirky observations. It is at times irreverent, unpredictable and sarcastic, all in the spirit of humor. We describe a few of our experiences in each park but do not provide an exhaustive overview of each experience or park. We did not intend for this book to be a travel guide nor a recommendation for how to visit all 59 of the U.S. National Parks although many readers have said they’ve found it to be a useful guide. Rather, it is our story about how we did it.

If you enjoy quirky humor set in the magnificent U.S. National Parks, this book may be for you. If you are looking for eloquent descriptions of the natural beauty we encountered or detailed descriptions of every activity you can do in each park, there are many other books available where you can find that information. All that said, many readers have commented that it’s “laugh out loud” funny and a light-hearted glimpse of our journey through the parks.

Some have voiced concerns about the language we used in the book. We are not entirely sure which are the offending words, but here are a few possible candidates. There is a point in the book where Matt suggests that one of the caves at Carlsbad Caverns National Park be named Put Your Scrotum in a Vise Cave. Another passage mentions that Matt has a low tolerance for bullshit. Still, another quotes Karen as saying that men who use a laptop while it sits directly on their lap expose themselves to the risk of “cooking their testicles.” For the sake of full disclosure, Karen’s testicle comment offends Matt as well. These are representative examples of what we feel are the most “adult” language usages in the book. If these are offensive to you, then you might re-consider whether you should read this book. We also talk about drinking beer and eating peanut butter and jelly sandwiches. Based on comments we’ve received from readers, we should warn you about these as well.