I shouldn’t complain, and I’m not really, but I’m going to complain a bit. THOSE CATERPILLARS WON’T STOP EATING MY PLANTS! Oh… that was a temper tantrum. I usually like to save those for special occasions only. Well, they are eating quite a bit of the passion vine that I am trying to grow in a container on the patio. It’s going to be a focal point whenever I can get it to grow faster than they eat it. Right now it just looks like a bunch of little twigs sticking out of the dirt. Thankfully I have Passion Vine seeds started in my little greenhouse as backup, so not all is lost. It is cool seeing three caterpillars hanging from the container starting the cocoon stage of their life-cycle. I have tried to take pictures with both my phone camera and the regular camera, but both come out looking like ugly blurry blobs. It might be that’s just how they look. I’m trying to make them look like supermodels when really they are just gross blobs. Maybe if I jazzy it up with a pink background. 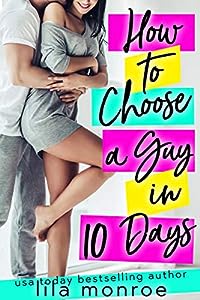 A man, a beard, and a bet? Oh my! Fall in love with the hot & hilarious rom-com, perfect for fans of Sophie Kinsella and Christina Lauren!
Stylist Gemma Jones is competing for a once-in-a-lifetime promotion. All she has to do is take some fashion-backward guy from geek to GQ-worthy. The only problem? The man in question is her hairy manwhore of a next-door neighbor. AKA Bigfoot.

Zach Morrison has zero interest in being Gemma’s makeover mannequin. Sure, it’s fun getting his smart-mouthed neighbor all riled up, but after cashing out of his tech start-up and going through an ugly break-up, he’s taking a permanent vacation. If he wants to wear sweatpants and sleep on a mattress in the corner of an empty apartment–

OK. Maybe he needs a little push in the right direction. But as Gemma races the clock to win her bet, she finds that Bigfoot’s been hiding a few things under his baggy flannel shirts. Like abs of steel, and a surprisingly big…
Heart. He has a big heart.

Soon, sparks are flying between this unlikely couple, but can Zach embrace a fresh start – however manscaped it might be? And will Gemma beat out her Instabitch rival for the top spot – and keep the truth about their bet from Zach? 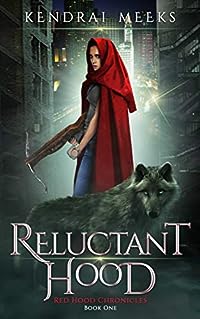 Humans think Little Red Riding Hood is nothing more than a fairytale, but we hoods know better. We despise the woman who committed the darkest sin one of our kind can: falling in love with a werewolf and becoming his mate. The fairy tale didn’t end the way you’ve been told. Unless you’ve heard the version in which Little Red was roasted on a silver spit over a fire, that is.

And I almost walked down that same path. But in losing the werewolf I loved, I also realized the kind of person I want to be. That’s why I’ve turned my back on my heritage, denied my birthright. I will not hate werewolves just because they’re werewolves. I will not train to contain them, dominate them, and if I so choose, kill them. In fact, I refuse to be a hood at all.

I’ve walked away from my old life.

And that was going great, until an English werewolf on the run walked into my new one…

Dive into a fresh twist on the classic fairy tale. Start your journey through the Red Hood Chronicles today. 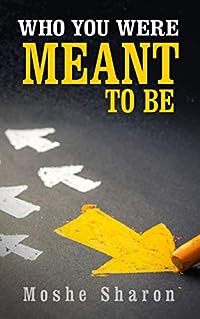 Who You Were Meant to Be: Discover Your Purpose & Dare To Follow Your Dream
by Moshe Sharon

A guide to finding your purpose in life

A life-changing book that offers a unique and easy-to-use system, enabling each and every person the ability to discover their personal purpose in life and the true meaning of existence.

This book offers the following insights, derived from psychology, life-coaching, Jewish wisdom and philosophy, which can, when combined, allow for courage, inspiration and the ability to dare and to realize:

Your mission is always directed towards the good of others

No one will perform your mission for you

Your talents hint at your mission

Even failure connects to your mission

Your mission implies that there is a higher source

The insights in this book were formulated by the author after many years of working with people in search of meaning who found their personal purpose and thereby, turned their entire life into one with meaningful essence! 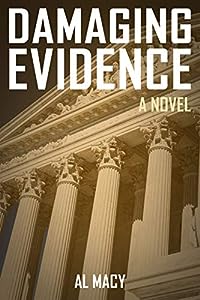 But when he learns of a woman bodybuilder who went into the ER with a case of heartburn and came out in a wheelchair, he starts paying attention. It appears the doctor who saw her frequently orders open-heart surgery for patients who don’t need it, sometimes leading to disability or death. And the doc knows exactly what he’s doing. Garrett is convinced: The surgeon must be stopped.

Teaming up with his daughter, a new law school graduate, Garrett must clear the reputation of their prime witness while battling the doctor’s team of elite attorneys who are always one step ahead. The expenses are adding up, but it’s too late to back out.

If he doesn’t prevail, not only will the surgeon continue harming patients to line his pockets, but Goodlove’s law firm will be forced into bankruptcy. 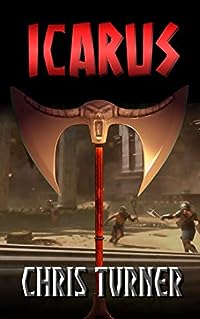 122 AD. A rebellious teen makes his mark in the streets of Roman Londinium.

Icarus, the son of a Roman merchant, has risen to co-leader of The Clubs of Londinium, an underground street gang. Vigilantes or vandals? Are they fighting the oppression of the Roman aristocracy, or are they just street hoods? The prefect and governor of Londinium want their heads on spits!

Icarus and his four gang toughies suffer from rivalries that propel him into the sinister clutch of dark magic. The malice of a ruthless moneylender brings the full force of Roman justice upon his head.

Will his efforts to save his father from the moneylender’s loans bring him to ruin? Can he rise above the tragic fate of the Icarus of legend? Knee-deep in gladiator battles and druid magic, Icarus plunges headlong down a path of full-blooded adventure… far from his homeland, to places undreamed of…
A gripping, coming-of-age tale set in an Iron Age world that shaped western history.