The better looking my yard gets, the worse looking I get.

A retired cop past her prime… A kidnapped bank robber fighting for his life… A former mob enforcer with a blood debt… A government assassin on the run… A wisecracking private eye with only one hand… A homicide sergeant with one week left on the job…
And three of the worst serial killers, ever.

This is where it all ends. An epic showdown in the desert, where good and evil will clash one last time.

His name is Luther Kite, and his specialty is murdering people in ways too horrible to imagine. He’s gone south, where he’s found a new, spectacular way to kill. And if you have enough money, you can bet on who dies first.

Legendary Chicago cop Jacqueline “Jack” Daniels has retired. She’s no longer chasing bad guys, content to stay out of the public eye and raise her new daughter. But when her daughter’s father, Phin Troutt, is kidnapped, she’s forced to strap on her gun one last time.

Since being separated from his psychotic soulmate, the prolific serial killer known as Donaldson has been desperately searching for her. Now he thinks he’s found out where his beloved, insane Lucy has been hiding. He’s going to find her, no matter how many people die in the process.

All three will converge in the same place. La Juntita, Mexico. Where a bloodthirsty cartel is enslaving people and forcing them to fight to the death in insane, gladiator-style games.

Join Jack and Phin, Donaldson and Lucy, and Luther, for the very last act in their twisted, perverse saga.

Along for the ride are Jack’s friends; Harry and Herb, as well as a mob enforcer named Tequila, and a covert operative named Chandler.

There will be blood. And death. So much death…
LAST CALL by JA Konrath
The conclusion to the Jack Daniels/Luther Kite epic…
If you are a more sensitive (or adventurous) reader, this handy scale rates specific categories from 1 (lowest) to 10 (highest) to give you some idea if this is your kind of book. 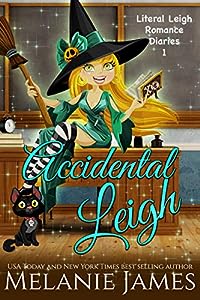 Read a story so witchingly fun that you won’t be able to put it down, and you will be eagerly awaiting the rest of the Literal Leigh Romance Diaries!

This paranormal romantic suspense contains witches, witchcraft, magic, adult language and situations, and laugh-out-loud hilarity. Accidental Leigh is not intended for readers under the age of 18.

In the unforgiving West, a lone Pinkerton detective is on the trail of two vicious killers.

When the daughter of a famous general is kidnapped, Detective Simms is assigned to bring her home. Forged in the Mexican War, this man of steel knows how to survive, and how to kill.

He will need all of his skill and guile to survive this dangerous land, and bring the general’s daughter home. And then, it gets personal. 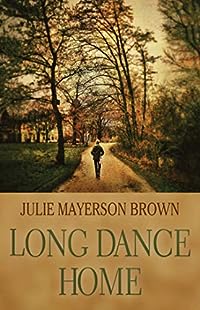 Cece Camden has a plan — for work, for love, for life — and she believes she is right on track. But on her 29th birthday, her grand plan begins to unravel, and the disciplined former ballerina’s life is turned upside down.

Newly unemployed and devastated to learn she and her boyfriend are not on the same page, Cece returns to Clearwater, her hometown in Northern California wine country, hoping to find comfort for her broken heart with her family. Being back in Clearwater only adds to her stress, however, when she reluctantly agrees to help rescue a small-town production of The Nutcracker.

Having once been the ballerina that would make Clearwater famous, Cece’s return attracts attention, inspires gossip, and forces her to examine a decision she made years before at the most vulnerable time of her life. As old wounds are opened and secrets revealed, long-held beliefs about Cece’s childhood are challenged, leading her to question everything she thought she knew about family, love, and herself.

As Cece struggles to accept the truth, she lets go of one dream and discovers a new one, opening her heart to a purpose and a future she had never imagined. 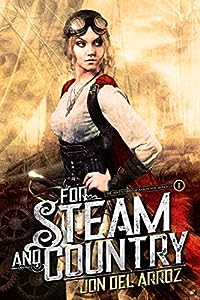 To save her father… … she must take to the sky.

But will it be enough?

Zaira’s overwhelmed. Living as an orphan on a farm is hard enough, but unnatural earthquakes are ravaging her home.

Her life turns upside down when an attorney shows up at her door with harrowing news.

Her missing father’s been pronounced dead, and Zaira is the heir to his airship.

The kingdom needs her to take command of the airship and help stave off an advancing enemy army. To make matters worse, the invaders have tapped into supernatural forces to aid in Rislandia’s destruction.

But how can Zaira fight when her father might still be alive behind enemy lines?