Lessons Learned by Our Forefathers

Author Dennis Haugh brings an unorthodox perspective to the study of society and government. As an abstract mathematician, he was captivated by the mathematical rigor of John Locke’s arguments in Two Treatises of Government. As a computer scientist, he was struck by the similarities between the process of framing the Constitution (from the Convention notes) and the methodology of computer software engineering. Believing that a system can only be understood by starting at the beginning, He starts with the ancient Greek philosophers. In particular, Aristotle provides the foundation for western society and government. Just as a complete understanding of a computer system requires understanding its foundation and evolution, our current system of government is best understood by following its historic evolution. 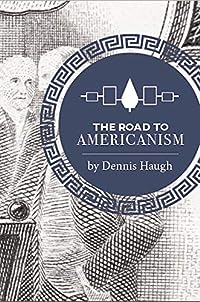 The Road to Americanism: The Constitutional History of the United States
by Dennis Haugh 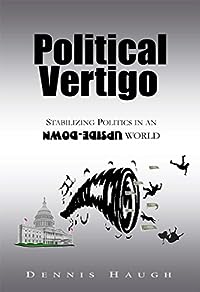 Political Vertigo: Stabilizing Politics in an Upside Down World
by Dennis Haugh

Political Vertigo provides a fresh perspective of government in the United States. Advances in the fields of psychology, economics, and mathematics since 1787 have given us a number of tools that can be applied to the field of government. By revisiting founding principles with modern tools, we can see how changing conditions have affected our course of self-governance.

The founding principles really have their roots in the writings of the ancient Greek philosopher Aristotle. Aristotle actually proposed many of the founding generation’s republican principles, including separation of powers. Madison’s treatment of factions in Federalist 10 has been recognized as one of the best and more important documents during the ratification debates. In that document, he wrote of mortal diseases “under which popular governments have everywhere perished”. He actually derived these diseases from his study of Book 5 of Aristotle’s Politics, where Aristotle addressed why governments fail. Whereas Aristotle and the founders had to rely on their innate understanding of human nature, we have tools that help us to better understand why their conclusions work and see where they are weak.

The framers didn’t just write a document called the Constitution; they engineered a distributed system of government called federalism. The engineering process they used is surprisingly similar to the process used by software engineers today. They described a structure of government with associated behaviors. As such, we can use modern engineering practices to analyze the Constitution for strengths and weaknesses. Political Vertigo draws on these practices.

Whereas the Constitution was based more upon Aristotelean logic, the Declaration of Independence and the Bill of Rights were influenced more by the Enlightenment thinkers John Locke, Adam Smith, Edward Gibbon, David Hume, and Montesquieu. No investigation into American government would be complete without considering these foundations, and Political Vertigo addresses them.

The United States is at a crossroads in its history. Strong forces are pushing it away from its constitutional roots. By revisiting the very foundation of society and government with a fresh eye, the reader is left with a solid understanding of the choices and potential consequences that await.