Desert Solitaire: A Season in the Wilderness by Edward Abbey

First published in 1968, Desert Solitaire is one of Edward Abbey’s most critically acclaimed works and marks his first foray into the world of nonfiction writing. Written while Abbey was working as a ranger at Arches National Park outside of Moab, Utah, Desert Solitaire is a rare view of one man’s quest to experience nature in its purest form. 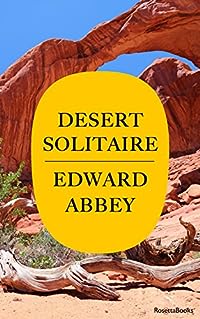 Desert Solitaire: A Season in the Wilderness (Edward Abbey Collection)
by Edward Abbey

Through prose that is by turns passionate and poetic, Abbey reflects on the condition of our remaining wilderness and the future of a civilization that cannot reconcile itself to living in the natural world as well as his own internal struggle with morality. As the world continues its rapid development, Abbey’s cry to maintain the natural beauty of the West remains just as relevant today as when this book was written.