Hubby is threatening to get rid of cable TV. I just about lost my mind! How could he even think of doing this? We have always had cable, and I work hard and deserve to have TV to watch at night. He asked what shows  I watch on cable. Ummm. Hmm. Hallmark Original Christmas movies in July and November. Other than that I just watch gardening shows with Monty Don on YouTube. It’s really strange to realize that I just don’t watch cable TV anymore since we have so many other choices now. And it’s so expensive! Even with this knowledge I am finding it hard to give up cable because we have ALWAYS had cable. Wait…do they even call it cable TV anymore? OH GOSH! I’m officially old now! 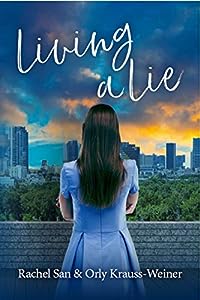 Living a Lie: A Novel Based on a True Story
by Orly Krauss-Wiener, Rachel San

A young divorcée. A charming and mysterious man. And a life teeming with secrets.

Nicole is a young divorcée who finds herself in a new relationship with a partner who is seemingly perfect in every way.

Razi is well-educated, a wealthy and successful businessman, and a man of the world, who manages to deceive her and everyone else around him, thanks to his uncanny charisma.

Six months into their relationship, Nicole discovers that Razi is married. She then finds out that his former business partner committed suicide under dubious circumstances.

Despite everything, Nicole and Razi get married and raise a family, and life looks more promising than ever.

However, over the years, Nicole’s inner voice repeatedly warns her that bigger things are happening behind her back. She decides to find out who her husband and the father of her children really is.

Her search leads her to discover new and shocking information about Razi’s life.

Now she must do whatever it takes to save herself and her children from a destructive relationship, and a life of deceit which defies the imagination. 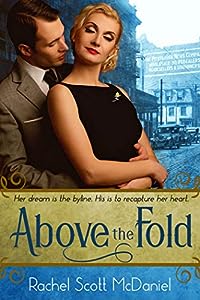 Above the Fold
by Rachel Scott McDaniel

After losing the love of her life to a big city journalism job, Elissa Tillman pours herself into the suffragette movement and her secretarial work helping keep her father’s Pittsburgh newspaper afloat.

Cole Parker returns to the steel city with the phantom failures of his past nipping his heels. All he asks of the future is a second chance with the woman he once spurned.

The murder of a millionaire offers the perfect chance for Elissa to prove to her father and the world that she’s a serious journalist. But there’s a catch — she has to compete for the story. Against none other than Cole Parker, the very man who shattered her heart. 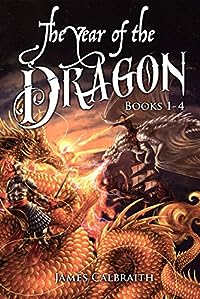 The Year of the Dragon Series, Books 1-4: The Crimson Robe
by James Calbraith

Described as “part Harry Potter, part Shogun”, James Calbraith’s “The Year of the Dragon” series is an epic tale of magic, intrigue and war in a world of dragon riding marines, wizard-controlled ironclads and vampire samurai.

This is a bundle edition of the first four books of the best-selling historical fantasy saga, containing the entire Crimson Robe arc:

• Book 1: The Shadow of Black Wings

The deluxe edition contains also a short story “Birkenhead Drill”, a full glossary of foreign words, list of characters, the map of the land of Gwynedd and a chronology of the world. 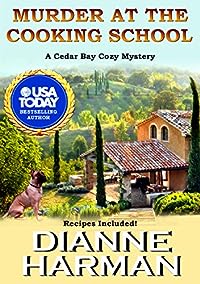 Murder at the Cooking School: Book 7 of the Cedar Bay Cozy Mystery Series
by Dianne Harman

Kelly and her husband, Sheriff Mike, take a belated honeymoon and travel to a cooking school in Tuscany. The day after they arrive, they learn that the owner of the cooking school has been murdered.

Follow Kelly, Mike, and her new four-legged furry friend, Caesar, while they help the local chief of police solve the murder. There’s plenty of mouth-watering food, recipes, and a very big guard dog. 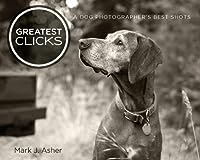 From a Golden Retriever on a swing to a Standard Poodle posing as a bartender, Greatest Clicks is a captivating collection of dog photographs that tickles the funny bone and touches the heart. The images — sweet, silly and emotive — reveal the innocence and beauty of dogs and why we love them. Snapped by pet photographer and author Mark J. Asher (Old Friends), Greatest Clicks spans a ten year career and includes a brief behind-the-lens story for each dog captured in the book.