I’m afraid of clowns. Like…A LOT, but there is one clown I do not fear, and I feel like I am missing out on something by not being afraid of him. Pennywise the Clown from Stephen King’s novel IT. Nope, not in the least bit. Now even when I was a just a kid watching It on TV as a two or three night movie event. In fact, I was quite angry that in the end he was just a giant spider. I was too young to realize that he was actually an alien being originating from a void in some other universe…. hmmm… that doesn’t make it much better. That actually might make me a bit more angry. So now we have the movie The Joker. Another clown that does not scare me at all. It might be because I might have a bit of a crush on Joaquin Phoenix. Or it could be…. actually… Yaaaa.. I just have a crush on Mr. Phoenix. I forgot what my point was. Now I am just thinking about how cute Joaquin Phoenix is and how much I loved the movie Joker. Have a great weekend everyone. 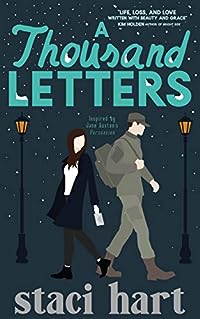 Sometimes your life is split by a single decision.

I’ve spent every day of the last seven years regretting mine: he left, and I didn’t follow. A thousand letters went unanswered, my words like petals in the wind, spinning away into nothing, taking me with them.

But now he’s back.

I barely recognize the man he’s become, but I can still see a glimmer of the boy who asked me to be his forever, the boy I walked away from when I was young and afraid.

Maybe if he’d come home under better circumstances, he could speak to me without anger in his voice. Maybe if I’d said yes all those years ago, he’d look at me without the weight of rejection in his eyes. Maybe if things were different, we would have had a chance.

One regretted decision sent him away. One painful journey brought him back to me. I only wish I could keep him. 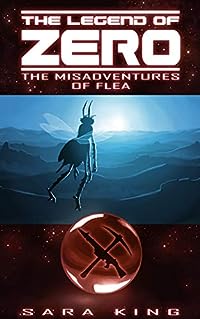 The Legend of ZERO: The Many Misadventures of Flea, Agent of Chaos
by Sara King, Lance MacCarty

You asked for it, so here it is: an ILLUSTRATED Legend of ZERO story!

BLURB: A rogue Trith is out to start a war, and only one bug can bring him down. In this Legend of ZERO novella, Joe Dobbs’ eccentric, ceiling-lurking groundmate Flea teams up with Forgotten to stop a Trith from killing his friends. The task, however, is harder than it sounds–often because of Flea’s own dubious choices. Will Flea succeed in defying all odds and ending the Trith’s reign of terror, or will he end up spitting on one too many bad guys with guns? Will he balk in the face of danger, or will he become FLEA, AGENT OF CHAOS?! You get to decide…

Author’s Note: This story was written AND illustrated in 14 days. (14 sleepless, zombie-shuffling, caffeine-powered days). Lance and I wrote and illustrated it for fans of The Legend of ZERO who wanted to donate money to help with the repurchase of the rights to Outer Bounds because we felt we needed to create something fun and entertaining in return for their amazing support. Flea, Agent of Chaos is shorter than the standard ZERO novels (about 60,000 words) but contains over 45 different images detailing Flea’s crazy misadventures, with a link to the wallpaper-sized images in the back of the book, in case you fall in love with a particular scene. It’s fun, snarky, and you’ll probably find yourself reading it several times before you can put it down. Thanks again, and please enjoy the mindscrew you are about to endure. 🙂

WARNING: THIS IS NOT BOOK 4 OF THE LEGEND OF ZERO SERIES. The Misadventures of Flea, Agent of Chaos is a mind-bendingly complex stand-alone novella featuring the Baga character of Flea from ZERO 2. It contains lots of hints as to what’s to come in ZERO 4, so it is best read after Book 2, but before Book 4. It is best classified as ZERO 3.5, but since the publishing system doesn’t recognize decimal places, it is ZERO4. 🙂 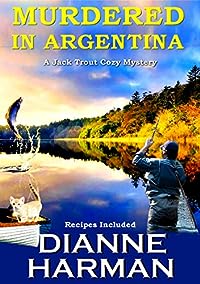 What could go wrong at a world class fishing lodge in the charming town of San Martin de Los Andes, Argentina, home of gauchos, leather, and chocolate?

When Ray Martin, the wealthy owner of Moving Graphics, is murdered on a corporate fly fishing trip arranged by Jack Trout, Jack’s wife, Carola, knows that if she doesn’t solve the murder it could be the end of Jack’s successful fishing business.

She and Ray’s wife, Lisa, along with some help from Cayo the cat, begin their search for the murderer.

Was it Mitch Graham, who made no pretense of the fact he was ready to take over the presidency of the company?

Janelle Byers, the CFO who had been accused of embezzlement at her last job?

Or even Ray’s wife, Lisa?

If you like armchair travel and fishing, don’t miss this action and adventure book for a two-time USA Today Bestselling Author. 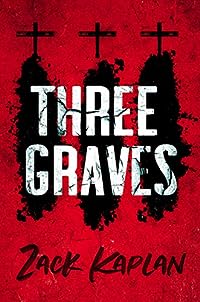 A wisecracking former LAPD Detective has his life shattered, his wife murdered, narrowing escaping the wrath of a ruthless gangster. What started off as mistaken identity becomes personal, when Colin Graves sets a plan into motion; a quest for vengeance. Fueled by booze, painkillers, acerbic wit, Colin teams up with his brother to take down the man that took away everything. It’s like John Wick meets Beaches with a twist of Taken 3 and a splash of Deadpool.

With a cast of characters, running the gamut from struggling actors to albino henchman, a pedophile, a serial killer, the Russian Mob, and the Yakuza, this melting pot sets a tone complimented by the backdrop only Los Angeles can provide.

It’s a clever read for accomplished readers but also a fun ride for nitwits. 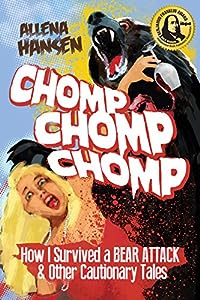 Chomp, Chomp, Chomp: How I Survived a Bear Attack and Other Cautionary Tales
by Allena Hansen

“… Not quite full-grown, it’s haunched down like a dog, tensed and coiled and ready to spring. We make eye contact for the merest fraction of a second, and in this moment I know exactly what’s coming… ”

A tragicomic collection of latter day Grimm’s Fairy Tales, Allena Hansen’s true life accounts won the IBPA 2015 Benjamin Franklin Award for best memoir/autobiography. “Chomp, Chomp, Chomp; How I Survived a Bear Attack and Other Cautionary Tales” introduces us to the bon vivant and social pariah Hunter S. Thompson toasted as “the distaff Hunter S. Thompson” and her sworn antagonist, Andrew Breitbart called out as “the coolest person in the room.”

Offering herself up as a cautionary example, Hansen poses the age-old question, ‘What makes a survivor?” Read this book and remain as puzzled as ever, but as you marvel at her uncompromisingly bad judgment and uncanny resilience, you just might learn something that could save your life.