I have changed my mind. Whatever monster I told you before is my favorite monster, has now changed. I don’t remember what I said before, but now my fav monster is the zombie. Sure.. they are pretty gross, but their best feature is they are slow. I can get behind any monster that is slow. I like to know that if I have to encounter a monster, as long as it’s a slow zombie, I am good. There is no way I am ever going to outrun a fast monster, or even a monster that has even the slightest bit of stamina. Zombies are perfect for people who will never be able to run away, but are good for a fast walk type of escape. I just got back from a mile walk, and I am pretty sure I could go again if I absolutely had to. I mean… if you saw me going for a second walk around the block, you might want to look to see if there are zombies. Now it’s lunch time. I’m going to speed walk to the fridge. 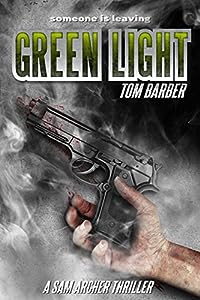 Alone in an apartment in New York City, a frightened young woman is packing her bags in a hurry. She then heads straight for her car parked around the corner, only two other people in the vicinity who’re just stopping off to pick up something to eat on their way home from work.

After a dramatic and tragic confrontation, Archer is drawn into the case, and soon learns the beautiful blond girl isn’t the only one being hunted. People connected to her are vanishing all over New York City; no-one knows what’s happened to them, or where they’ve gone. As he and his fellow Counter-Terrorism Bureau detectives search for answers, they become embroiled in a vicious gang war that goes back over seventy years. The number of vanished keeps on rising.

It’s a dog-eat-dog SciFi world of upgrades and bio enhanced Assassins, where a brutal dictator keeps New Chicago separate from the outside world.

Marisol is a bounty hunter, tasked with tracking down “Runners,” people who have been paid to take the fall for crimes committed by the wealthy.

But when she captures a young Runner with a secret, she unknowingly stumbles into a vast conspiracy. The hunter becomes the hunted as those in power turn the city inside out trying to crush anyone who would dare to expose the truth.

Nowhere is safe as Assassins close in from every direction. The unlikely duo of Runner and rising-star Hunter must survive the endless onslaught to blow the lid off the rampant, city-wide corruption… or be silenced forever.

A bit Logan’s run, Running Man, Escape from New York, and even some Ready Player One. 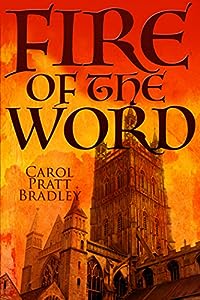 Fire of the Word
by Carol Pratt Bradley

Yet many, especially the wealthy, owned William Tyndale’s New Testament, including the household of Sir William Ayscough in Lincolnshire. In her family home, Anne grew in an atmosphere of openness, gleaning new ideas from her brothers who were educated at Cambridge, a hotbed of Protestant ideals.

At the age of fifteen, Anne’s life changed drastically. Her older sister Martha, betrothed to a son of a family staunch in the Catholic faith, contracted a fever and died. With the financial arrangements for the marriage already in place, Anne’s father ordered her to stand for her dead sister, forcing his daughter to enter a loveless marriage.

England’s religious war became Anne’s as she clung tight to her own ideals in her husband’s house. This eventually brought her into the center of the vicious political and religious battles where she was faced with a choice.

Anne could deny the truths she had embraced as a young woman and live, or hold fast to her beliefs and be put to death. 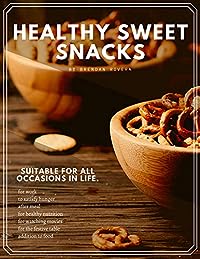 Healthy Sweet Snacks: Suitable for all occasions in life
by Brendan Rivera

There are many more moments in life when you need snacks.

Have you ever had something that you ate food and something is missing for you to fully saturate? Or you are a little hungry but are not going to eat fully, but just a little snack.

You will definitely need this book!

All dishes are very easy to prepare and require a beginner level. 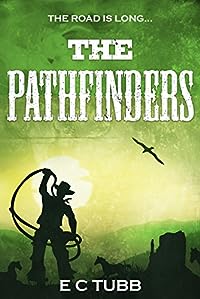 The Pathfinders
by E C Tubb

Sometimes you have to find your own path…

In Pieguard, Zeb Thurnwell is the only trader in town willing to take the townsfolk’s wares up to the city of St Louis.

While folk don’t say anything, everyone knows that Zeb takes much of their hard-earned profits for himself to spend on whiskey.

And with Zeb’s uncle being the sheriff and tax collector for the county, it looks like nothing’s going to change any time soon.

Until Dan Bolder shows up.

As a young, brash man of eighteen, he’s not going to take Zeb’s pilfering ways lying down.

When Zeb tries to silence him permanently, Dan knocks him out cold and takes what he believes Zeb owes him.

Realising that the law will soon be on to him, Dan is forced to leave his family’s ranch and his widowed mother behind.

Zeb and his uncle the Sheriff are not far behind.

But as luck would have it, on the way to St Louis, Dan meets Ben Starpson, a ‘mountain man’ still in his prime.

Saving Dan from the noose, Ben devises a way to get them to St Louis. And so begins their fire-forged partnership.

Along the way, Ben teaches the greenhorn Dan how to hunt, shoot and live like a mountain man.

Yet despite the dangers and the roughness of the frontier, Dan starts to see how Ben sees it – as a place where men can live unabashedly as men.

He may have been a humble sod-breaker but out in these untamed lands, Dan might just be able to find himself a new path in life.

Set in the heart of the once wild frontier, The Pathfinders shows the indomitable spirits of those that made America, in a tale of adventure and loyalty.