I am feeling quite inspired and excited about this Spring after finding a bunch of Monty Don gardening shows on YouTube. I really can’t think of anything more relaxing than listening to him talk about plants and gardening. Discovering his videos on YouTube was a much needed change since I had just finished watching the final season of Game of Thrones on the free HBO that we got this past weekend. GOT was a very stabby stabby series, and needed a recovery show. I also needed some flowers. Hubby wasn’t even fully watching the Monty Don gardening videos with me, and he was so inspired he bought me a little popup greenhouse and lavender seeds. It’s for my birthday next month, but I won’t have to wait until then to get it. I might have to put the seeds in the refrigerator for a month or so before I can put them in seeds trays in the greenhouse, so it will be a long process that will prevent me from planting too early. You guys know how impatient I get. After all these years of gardening it would be nice if I learned patience. 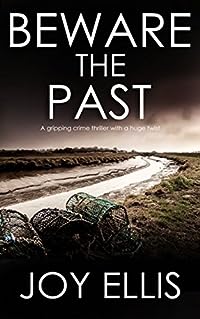 ONE TERRIBLE CASE ALWAYS HAUNTED DETECTIVE MATT BALLARD. NOW MANY YEARS LATER, THE KILLER SEEMS TO BE BACK. AND THIS TIME HE’S AFTER MATT.

When Matt Ballard was starting out his career, three boys were murdered in the same area, the remote and bleak Gibbet Fen. When the main suspect was killed in a hit-and-run, the killings stopped. But Matt was not satisfied that the real murderer had been caught.

Over 25 years later, Matt gets a photo in an unmarked envelope. It’s of the Gibbet Fen crime scene. And the picture was taken before the murder took place.

A KILLER WHO WILL STOP AT NOTHING TO DESTROY A DETECTIVE.

Then another murder happens, with some of the hallmarks of the old case. Has the killer returned or is this just a sick copycat determined to ruin Matt’s life and reputation? Everyone around Matt is in danger as the killer plays mind games with the detective.

In an absolutely breathtaking conclusion, Matt and his team race against time to stop a vicious killer who knows no limits.

The Setting
England’s rural fenland is a strange place, with its never-ending fields, winding tracks, and long straight droves (the old livestock routes) that lead to nowhere. The lonely lanes are flanked either side by deep drainage ditches and are, for a good part of the year, filled with tall, whispering reeds. Closer to the Wash, high seabanks form a barrier between river and marsh, and the richly fertile soil of the drained land. But when the mists come down, as they so often do, perspective is destroyed and all sense of direction lost, and then the fens become a rather frightening place of mystery and danger. Somewhere that you do not want to be at night. 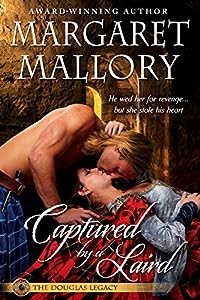 THE DOUGLAS LEGACY
The Douglas sisters, beauties all, are valuable pawns in their family’s bitter struggle to control the Scottish Crown. But when powerful enemies threaten, each Douglas lass will find she must face them alone.

CAPTURED BY A LAIRD
Haunted by his father’s violent death, David Hume, the new laird of Wedderburn, sets out to make his name so feared that no one will dare harm his family again. The treacherous ally who played on his father’s weakness is dead and beyond David’s vengeance, but his castle and young widow are ripe for the taking. The moment David lays eyes on the dark-haired beauty defending her wee daughters, however, he knows this frail-looking lass is the one person who could bring him to his knees.

Wed at thirteen to a man who tried daily to break her spirit, Lady Alison Douglas is looking forward to a long widowhood. But when the fearsome warrior known as the Beast of Wedderburn storms her gates, she finds herself, once again, forced to wed a stranger. Alison is only a pawn to serve his vengeance, so why does this dark warrior arouse such fiery passion and an unwelcome longing in her heart?

With death and danger looming, these two wounded souls must learn to trust each other… for only love can save them. 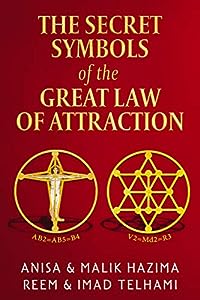 It’s time to find inner peace and achieve all your dreams
This book spreads the unique and exciting knowledge that clarifies the meaning of cosmic energy: the great universal law of attraction.

The knowledge of the power of cosmic energy is related to visualization. Therefore, combining visualization and faith together for the sake of achieving true knowledge of our personal world is important – our world that holds within it the acceptance of all you live through in this life.

The symbols of the law of attraction play a major role in the process. The more you understand the symbols, the better you will be able to grasp the universe and reach inner peace.

This will enable you to achieve any dream you may have, unrealistic as it may seem in your view, despite any obstacle that may stand in your way.

It all begins with learning how to control the fear, conceit, anger, and arrogance that exist within you, which will lead you to peace. Once you reach peace, you can live in security and make all your dreams come true.

The learnings of this book have been proven to be effective by its authors who have applied them themselves as well as on thousands of others, achieving extraordinary results, which have become their own current reality.

Nothing is impossible in this universe. Those who refuse to learn something new are the ones who make it impossible. 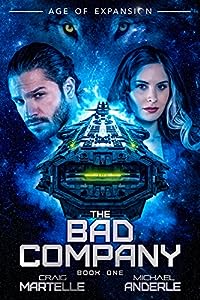 Space is a dangerous place, even for the wary, especially for the unprepared. The aliens have no idea.

Colonel Terry Henry Walton takes his warriors into battle, for a price, in this first installment of The Bad Company. He believes in the moral high ground and is happy getting paid for his role in securing it.

Join them as they fight their way across Tissikinnon Four where none of the warring parties were what they expected.

Inside this book is cursing, amusing cursing, but cursing nonetheless. If bad language offends you, perhaps this book is not for you.? ?

Set on the foundation laid by the Kurtherian Gambit Series, The Bad Company tells an entirely new story in the Age of Expansion–when the Etheric Empire is fast becoming the Etheric Federation with all of the trials and tribulations that come with bringing together different peoples, systems, and ideals. 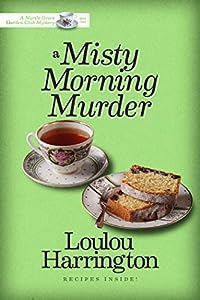 Just as Jesse Camden is ready to shake herself out of her romantic rut and take a giant step forward with Sheriff Joe Tyler, a dead ex-fiance reaches out to yank her two steps back.

Misty Bennett, seventeen-year-old daughter of Jesse’s former beau Ronald Bennett, is the closest thing to a daughter of her own that Jesse has ever had. So when Misty flees from her father’s overbearing bride-to-be and travels across two states to arrive on Jesse’s doorstep, Jesse takes the girl in. And when the fiancée herself shows up demanding the girl’s return, Jesse sends the woman packing and vows to keep Misty safe until her father comes for her.

But when Ronnie Bennett’s body is found just miles from Myrtle Grove, Jesse is left to unravel the mystery of his murder and help gather the shattered pieces of his daughter’s life.