I’M ALIVE!!! This is no small feat after Google Maps tried to kill me yesterday. I went to see a man about buying an old beehive from him, and I used Google maps to get me there. My biggest fear is cliffs and clowns, and without a doubt it was a clown who was giving me the directions. Time wise it took the same as if I had just taken the highway, but maybe Google wanted a giggle for the day and decided to torture me. The fact that the road was very narrow and filled with horribly sharp twists and steep turns wasn’t enough though. NOPE! It was also through an area that had been burned out in the 2017 fires. The black trees, burned down homes, and skeletons, just added to the whole doom and gloom of the drive. Mind you the skeletons were those of deer and other wildlife that were hit by cars. It was obvious they just left them there because the road was too dangerous to stop and clean them up. If that weren’t enough though, the road ended with me having to turn left across a very busy highway, but…. you had to wait on active train tracks. I used every bad word in my arsenal. I was very unladylike, and sweating. But I lived. Not only that the bees were happy, healthy, and very active. I pick them up on Saturday! 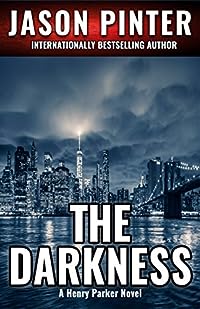 When a young man is found murdered, his bones crushed nearly to dust before his body was dumped into New York’s East River, Henry Parker begins to investigate the suspicious death. In New York there are dozens of murders a year, but this one is different. Somebody is sending a message. And shockingly, the victim has ties to a man very close to Henry. Soon Henry learns that the murder has ties to a case that has the city paralyzed with fear: a vicious, long formant drug kingpin is looking to take back the city. And this death is just the beginning.

For years this kingpin has been shrouded in darkness. But to shine a light on this criminal, Henry must team up with his mentor, the legendary, troubled Jack O’Donnell. But the more they try to reveal behind this blood-soaked curtain, the more they begin to realize the darkness that lies just beyond the horizons. And they haven’t seen anything yet… 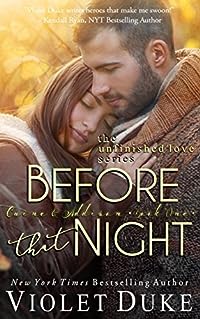 Before That Night: Caine & Addison Duet, Book One of Two (Unfinished Love series, 1)
by Violet Duke

Before that night, Addison Milan had been just a college dropout secretly raising her two young siblings in a beat-up minivan she’d bought with her first semester’s tuition refund–the only money her addict mother hadn’t taken off with when she’d abandoned them nearly two years ago.

Before that night, Caine Spencer had been just a rough, gruff cop sent to check out the phoned-in claims of suspected child neglect involving the same woman he’d met just months prior when she’d first served him the city’s worst diner coffee… which he’d been drinking daily ever since.

Before that night, Addison would never have thought the man she’d been fighting hard not to fall for–her only friend in her new shadow of a life–would be in a position to rip her family apart.

Before that night, Caine would never have believed any woman could make him fall head over heels, let alone make him feel so damn compelled to look the other way when it came to his job.

Then that one perfect night changed everything. 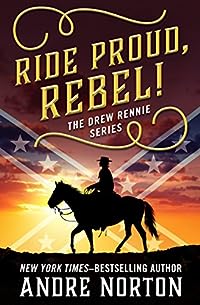 This sweeping story chronicles one young man’s experience with family and fighting during the Civil War.

Drew Rennie is a rebel in more ways than one. Since childhood, he has defied the stern, unforgiving grandfather who reared him and who made no secret of his hatred for Drew’s Texan father. And when the Civil War began, Grandfather’s sympathies with the North, the smoldering feud erupted into a violent quarrel.

Now, eighteen-year-old Drew has returned to Kentucky with Morgan’s Raiders, a seasoned veteran with two years of experience fighting for the South. And even though Morgan’s disastrous defeat at Cynthiana clearly reflects the Confederacy’s growing weakness, it never occurs to Drew, his spur-jingling friend Anse Kirby, or young Boyd Barrett to stop fighting. In disorder, without adequate supplies and weapons, and harried by Union soldiers, they battle their way south to join Forrest’s army.

Ride Proud, Rebel! is the dramatic story of the long, agonizing retreat of the Army of the Tennessee from Harrisburg, Mississippi, where Boyd was wounded, to the rout of Selma and final surrender. Based on unpublished sources and written by a master storyteller, Drew’s adventures as a scout for Forrest during the last year of the Confederacy make not only a gripping tale but also graphically portray the courage and strength of men who met defeat with honor. 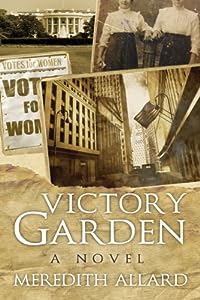 For fans of Downton Abbey.

It’s 1917, in the midst of World War I, and Rose Scofield knows exactly what she’ll do for women suffrage. She’ll fight with her very life to make women suffrage a reality.

A headstrong young woman who yearns to be herself in a time when women weren’t free, Rose comes of age when world wars are new and automobiles, moving pictures, and airplanes are marvels of technology. She falls in love with Adam Bell, a vaudeville actor who travels the country with his brothers gathering laughs and hard knocks, though she denies her feelings for him, fearing he could prove to be her weakness. While working in Washington, D.C. for votes for women, Rose is arrested for her suffragist activities. After her release she must come to terms with her dreams for the future.

Victory Garden is a reminder of how far we’ve come… and how far we still have to go. 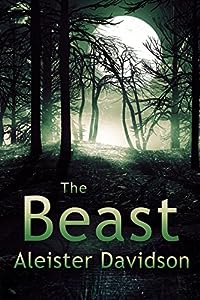 The Beast: A Werewolf Horror
by Aleister Davidson

If there’s no such thing as werewolves then why are all my friends dead?

A werewolf is preying upon the denizens of a small town. The only people who know what it is, who understand what is happening, are children. A group of third graders isn’t exactly the most credible source of information, especially when it comes to the fantastical. They grow up being ridiculed, shunned, bullied and mistreated by their peers and the broader community.

Years later it returns, but this time Thomas and his friends are prepared for it. As the body count rises and the tension mounts throughout the town, only The Freaks (as they call themselves), have come to terms with what it is. After all, they have seen it before. They have seen the blood it spilled firsthand.

Nobody is above suspicion. Not even family members. Thomas and his friends cannot trust anyone, must suspect everyone. As children, they learned the truth. As grown werewolf hunters, they must use every bit of courage they have to face the monster. Nothing short of killing it will suffice.

Inspired by horror stories and movies from when Werewolves were actually scary. When shifters had fangs. When monsters spilled blood and guts, and nobody cared how nice their abs were. An homage to Stephen King’s Cycle of the Werewolf and movies such as An American Werewolf in London, and the Howling series, The Beast will curdle your blood with fear.