One Week, Then The Next Week

Call me crazy, but I am very excited about a new TV show that is airing tonight that I won’t be able to binge watch. Actually, there are three shows that I was not able to binge watch when they first aired that I havew become a big fan of. A few months ago was The Mandalorian, then last week Monty Don’s American Gardens first aired, and tonight a new show called Everything’s Going to Be Okay. I love the fact that I will have to wait a week before I see the next episode. I have time to talk about it with my friends, and really appreciate one show at a time. Don’t get me wrong, I love binge watching on a Friday or Saturday night, when I don’t have to be anywhere the next day. I used to binge on beer on the weekends, now it’s TV shows. Both leave me quite lazy the next day. There is something nice about not getting everything you want all at once. 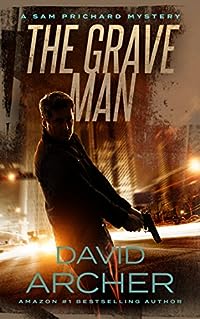 The Grave Man – A Sam Prichard Mystery
by David Archer

Sam Prichard was a cop, and a good one, until the bullets took out the joint of his right hip. Now he’s trying to learn to live without being a cop, and getting to know his neighbors, learning to walk again and even ride a motorcycle. Life is bearable, barely, but then he gets asked to find a missing child, and the lure of getting back into some kind of police work is too much for him to resist. When he teams up with computer whiz Indiana Perkins, he suddenly becomes one of the best investigators he’s ever even known.

Now, he’s found the missing child, but it’s thrown him right into the middle of something that may be a drug war–or could be a chance to stop the next 911! There’s no way out for Sam, so he’s in for the ride of his life, but when the girl he’s becoming fond of is suddenly drawn into the line of fire with her own little daughter, Sam is ready to forget all the rules and do whatever is necessary to win the day. 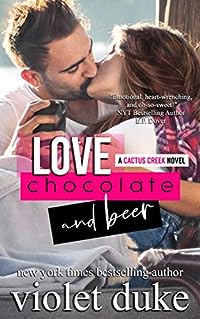 Chocolatier and town newcomer Luke Bradford loves his shop’s new home. Mostly because it means he gets to do his new favorite thing every day, which is to lock horns with the feisty beer-brewing beauty next door, both business-wise and otherwise.

But to be fair, in his defense —

Just kidding. He has no defense.

Brewmaster and town sweetheart Dani Dobson is declaring war against her hot, maddening new menace of a neighbor. And his shop. He absolutely started it. She’s just picking up the chocolate-covered gauntlet he unintentionally threw down.

The terms? Her business versus his in the arena of romance.

The stakes? Very likely, her heart. 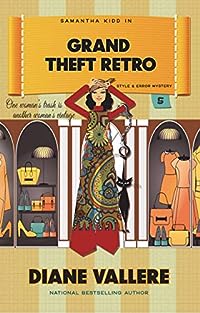 Sometimes you have to accept the past in order to embrace your future. And sometimes “the past” is “the seventies.”

When Samantha Kidd’s job at Retrofit Magazine leads her into the archives of seventies style, she’s prepared to report on patchwork velvet and platform shoes, but she never expected to uncover the theft of a major collection of samples from the days before disco died. When the guilty party threatens Samantha’s family and friends, her priorities shift into protection mode. The investigation heats up faster than fondue over sterno, and all too soon Samantha learns that while the beat goes on, there’s no guarantee she’ll go on with it. 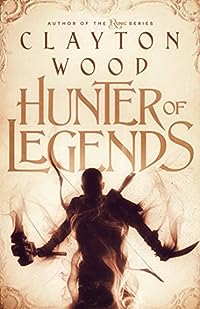 Cursed with the power to impose his will on those around him, forcing everyone he meets to gradually become him, Hunter has become the hunted. The immortal King Tykus will stop at nothing to destroy him… or to brainwash him into becoming the king’s ultimate weapon.

Fleeing the kingdom, Hunter meets a woman with the same horrible power… an exiled master swordswoman named Vi. A wise-cracking, butt-kicking, badass warrior, she has one rule: keep up with her… or die.

Now Hunter must survive Vi’s brutal training regimen to become a master swordsman. If he succeeds, he’ll have a chance at fighting back against the all-powerful King Tykus. If he fails, his enemies will surely kill him. That is, if Vi doesn’t do it first!

This book is intended for adult readers. It contains graphic violence, adult language, and some sexual content. 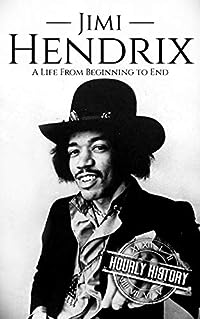 Jimi Hendrix: A Life from Beginning to End (Biographies of Rock Stars Book 2)
by Hourly History

Jimi Hendrix took the world of rock music to new heights, and it has never really come back down. Meet the man who single-handedly changed the face of modern music. In this book you will find the story of Hendrix’s life in full detail — from his childhood to his stint in the U.S. military to his time as an international superstar. We will discuss the man, the myth, and the legend, Jimi Hendrix.

Extraterrestrial Encounter
Running from Welfare Workers
Jimi Joins the Army
The Jimi Hendrix Experience
Hendrix at Woodstock
And much more!